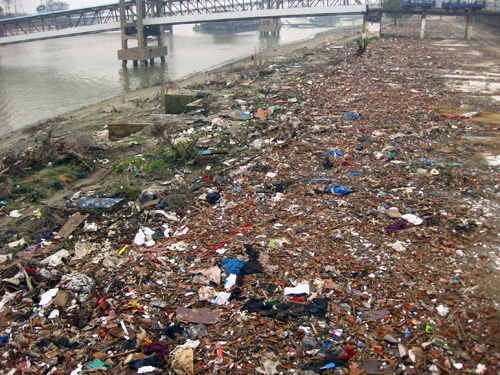 Welcome to Wuhan. Isn’t that what a riverbank covered in trash for as far as the eye can see in either direction says to you? Even though I had been in China for 10 days by the time I saw this, I was still shocked. In the US, if the city didn’t clean it up, a concerned group of environmentally conscious citizens would have. Not in China. Not when so many still live in poverty and the nation is still developing. 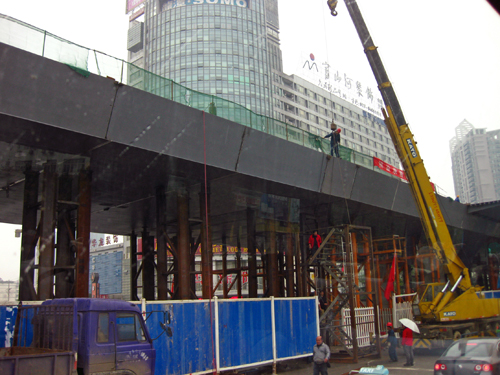 We had disembarked from our ship in Wuhan, a city of millions again, and because we were with a group, were forced to spend a day here killing time a bit until our flight to Shanghai later in the day. 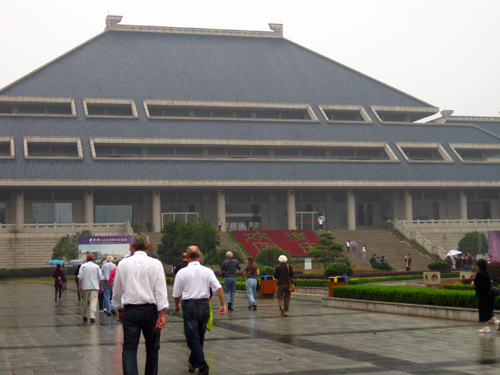 On a good day I’m not much of a museum person, and after 10 days of touring China, this was really the last thing I felt like doing, but that’s where our bus headed so in we went, the downside of traveling with a group. 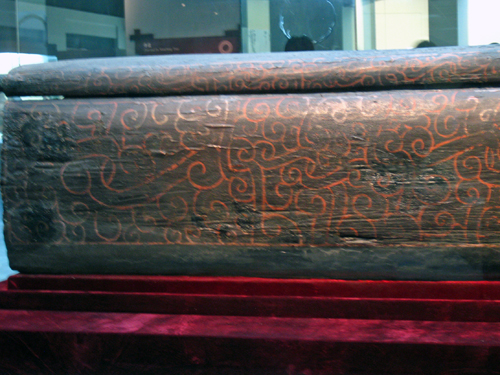 We were there to visit the Tombs of Marquis Yi of Zeng. I’m not 100% sure why the guides selected this, and I didn’t get at all why he has a partially French name. But I did manage to understand that this was an important archaeological discovery in the 1970s, uncovering tombs from around 400BC in the Hubei province of China. 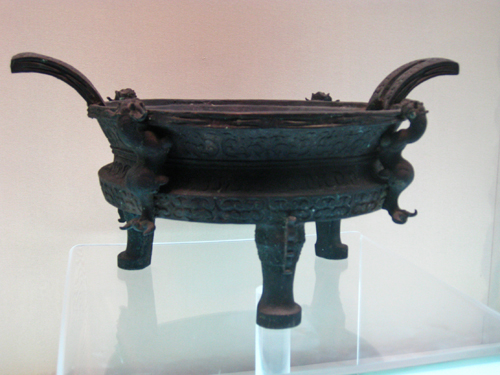 The guy had a dozen or so of these urns… 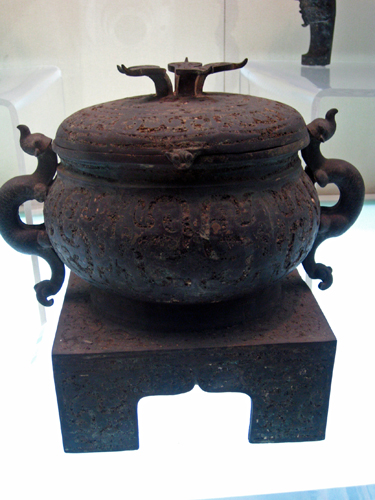 …and an equally impressive collection of these pots buried with him in his tombs, indicating (we were told) his importance and wealth. 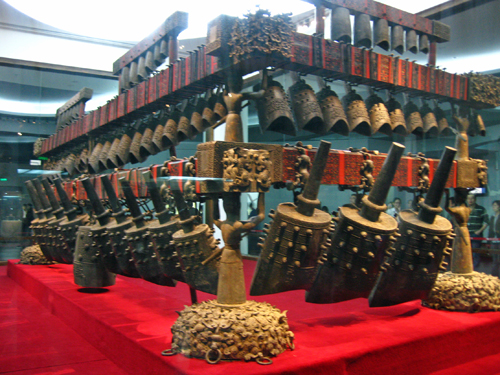 The most impressive thing at the museum (and the most famous discovery in the tombs) was this elaborate bell set (called a bianzhong), notable because of the two distinct sounds each bell can create. It would have taken 5 people to play the bells during a performance. 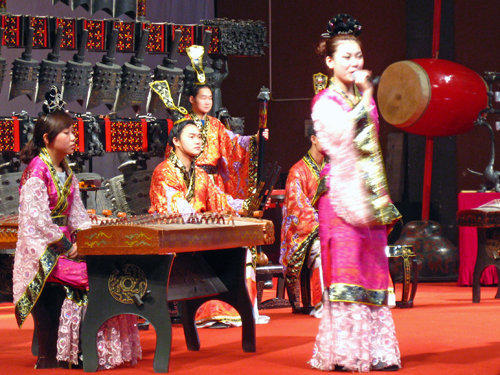 The museum has a replica in their facility and performed a short show for our group to demonstrate the music, using other ancient instruments from this dynasty that were uncovered in the tombs. 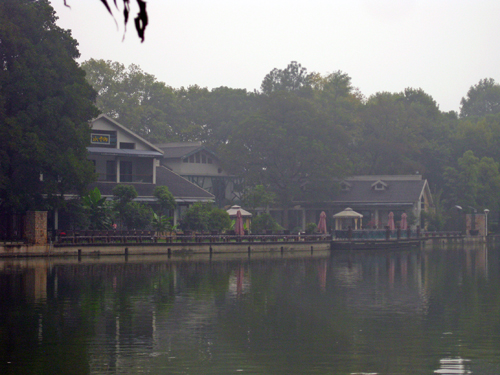 After the museum, the rain had stopped long enough for us to take a short stroll through the park that has a quite large lake in it, barely visible in the haze. It’s good to get out and walk a bit when you’ve spent days on a boat and bus, let me tell you. 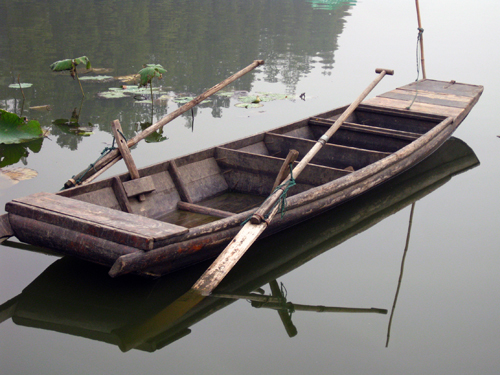 It was mostly filled with hideous decaying plastic paddle boats, but this lone wooden one was really quite picturesque. 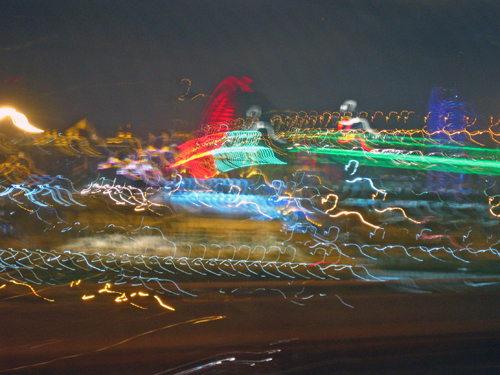 After eating lunch in a local restaurant, we made our way to the airport, hung out until our flight, then headed to Shanghai. This crazy photo out the bus window as we made our way into the city (again, let me reiterate that you can’t take night shots while moving in a bus without a tripod) gives you some appreciation for the lights on the buildings. The government pays the owners to light then until 10:30 at night, so they all compete with incredible lighting designs. Tomorrow we’ll get to see old Shanghai and the famous Bund. Tonight, we’re just happy to be checking into a high end hotel with all of the amenities it brings.