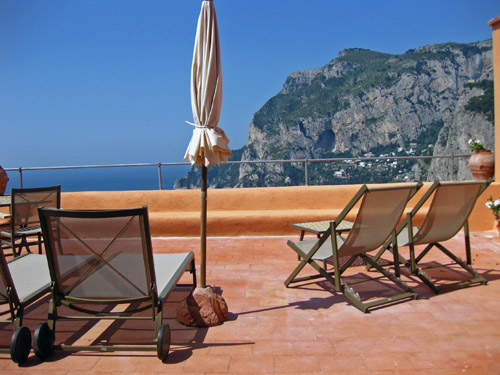 I’m not sure there’s a better place in the world than the island of Capri or the Amalfi Coast of Italy to spend your 25th anniversary. 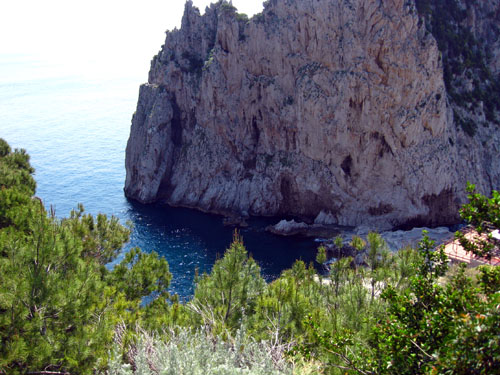 We have beenÂ indulging in theÂ luxury at the Hotel Punta Tragara, and after coffee this morning hiked our way down the path to the Fraglioni rising above the water. 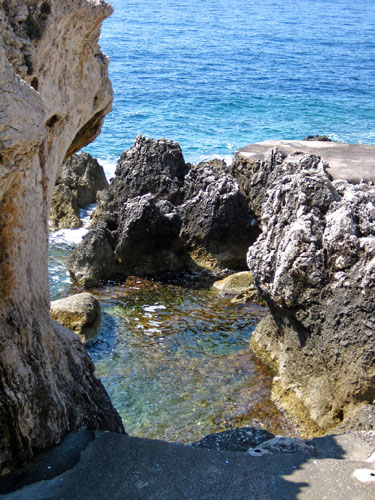 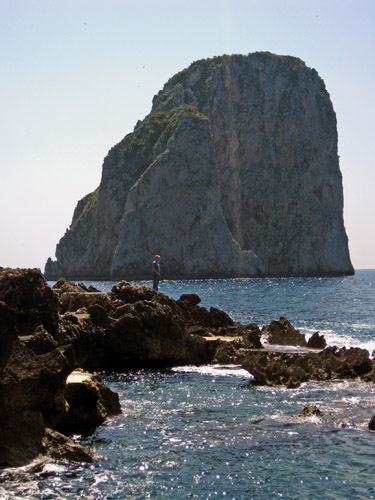 There are a couple of little bars down there with beach chairs set up on the rocky perches, and the proprietors were working like crazy to clean everything as tomorrow is opening day of the season. 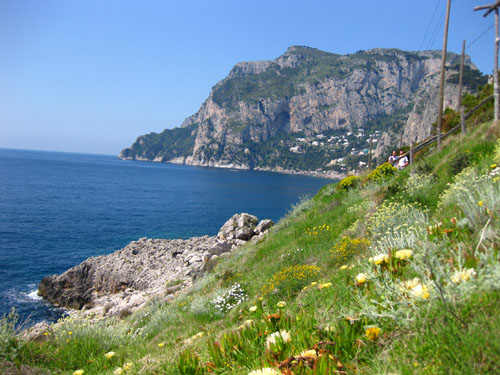 After recouperating from the 400 foot climb back up… 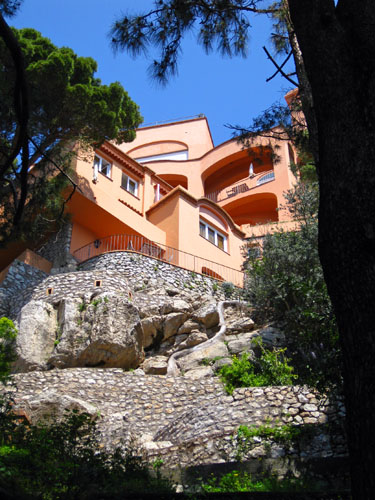 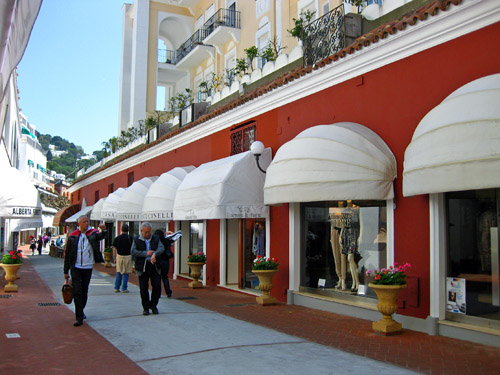 …we strolled into town, past the beautiful, trendy, and very expensive shops, to make our way to theÂ popular Da Gemma for a lunch overlooking the marina. 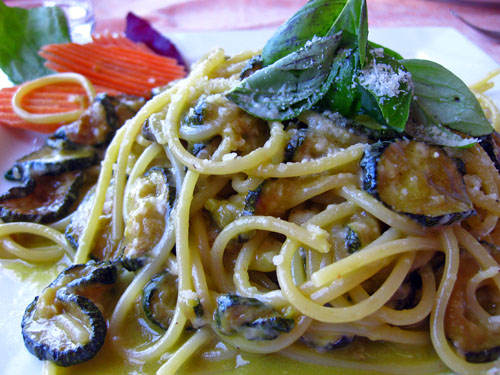 I’ve seen this spaghetti dish on the menu all over this area – spaghetti alla nerano – named for the town of Nerano, which is the first stop on the Amalfi coast road. It’s simply zucchini with olive oil simmered to a soft texture and served with spaghetti and a bit of Parmigiano cheese, but it’s really good. I ate that whole dish. 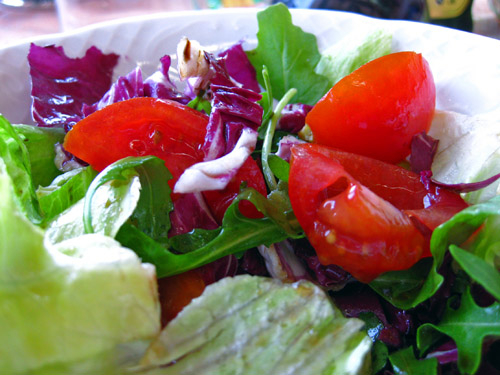 I’ve been trying to have a saladÂ every dayÂ (if you’ve been following along on this trip you’ve seen I’ve been pretty good about it), and I’m happy each time it shows up with the ripe little cherry tomatoes and arugula of the season. I can’t say I’ve ever been so inspired to get the arugulaÂ seeds into my garden – that’s first on my list when I returnÂ home.Â 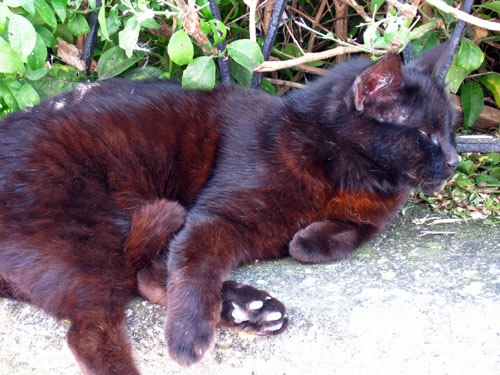 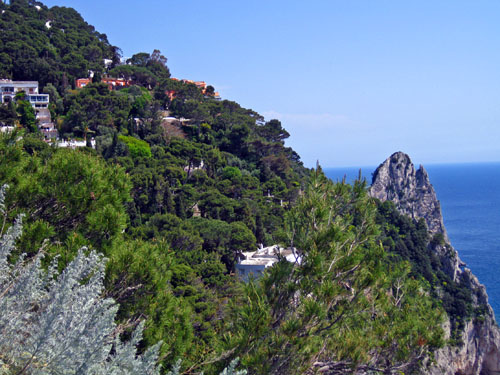 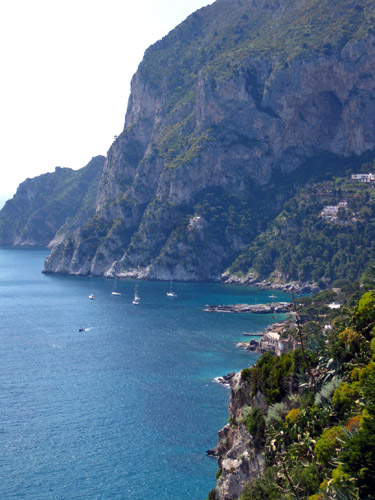 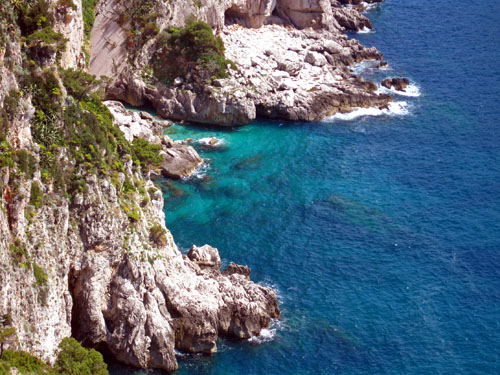 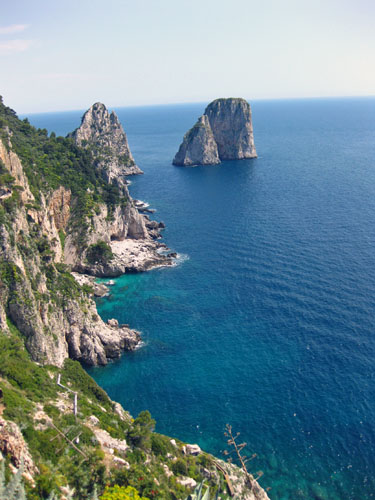 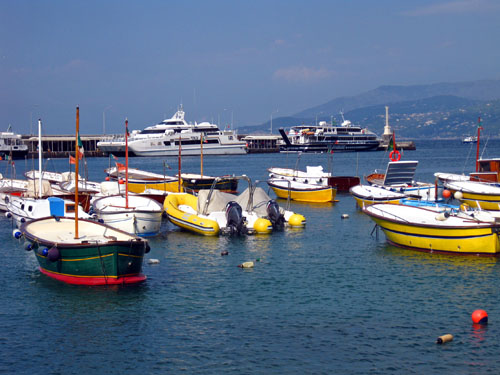 …before making our way down (via the funicular which is cheap and easy)Â to the port to catch the ferry to Positano, just across the waterÂ on the Amalfi coast. It was dark by the time we reached our room, so no time for photos – only enough time to get showered and dressed for our special anniversary dinner in La Spoda, the restaurant of our hotel, Le Sirenuse. We’ve wanted to stay here since we first visited Positano over 12 years ago, and the sluggish economy and associated travel specials made it possible. 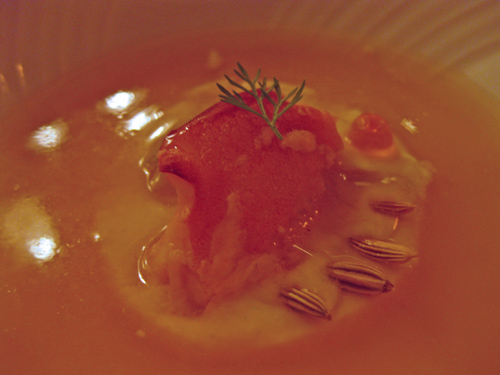 The service is over the top – an amuse bouche of a cold crab consomme with a glass of Champagne, both compliments of the restaurant, while two men serenaded us tableside – you get the picture. 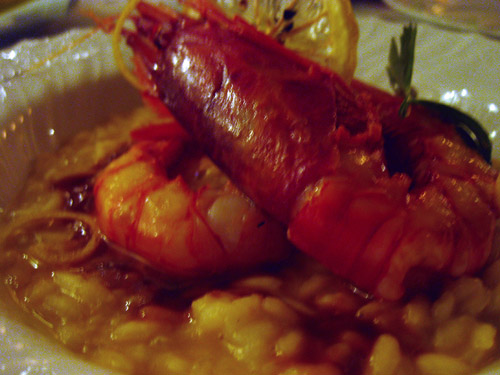 I started with risotto made from canaroli rice with prawns… 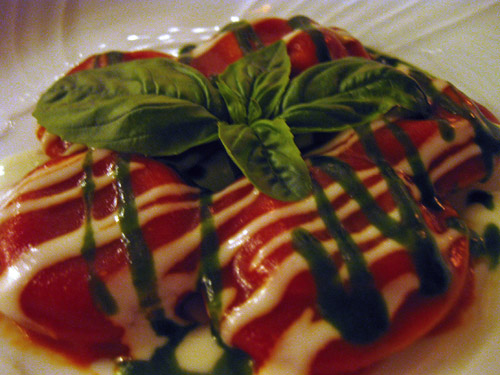 …while my husband started with the ravioli. 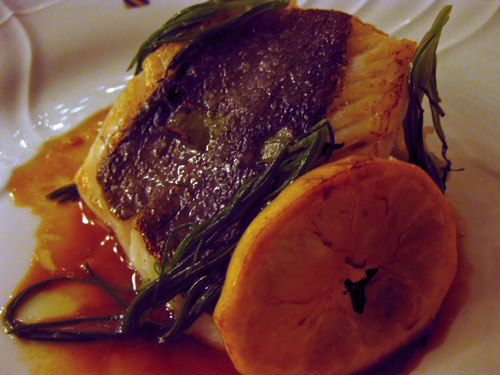 The John dory in lemon leaves over mashed potatoes was divine. You know my mantra – eat in season and eat local, so fish in lemon is a winner in April on the Amalfi coast. 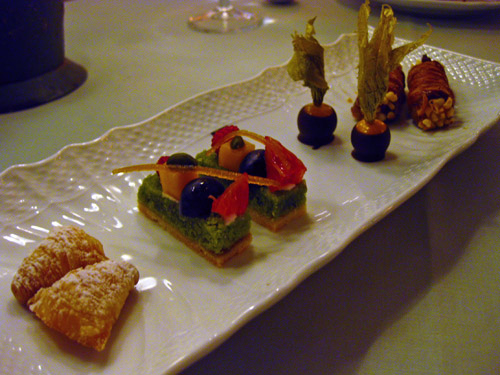 And then even though we said no thanks to dessert, they arrived with a small dense chocolate cake for us with a candle in it and this extra plate of tiny sweet bites. The musicians played what sounded like an Italian version of here comes the bride and we felt honored. Here’s a toast to another 25 together! 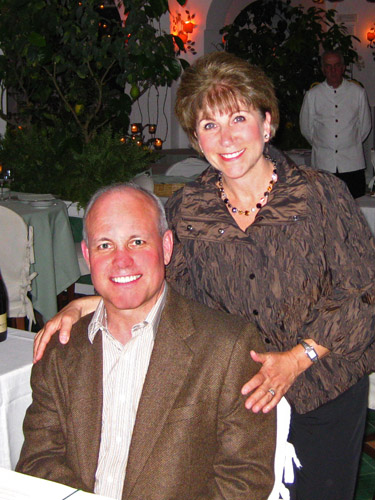