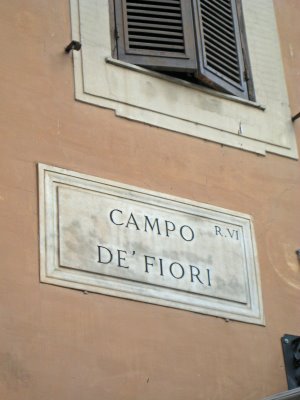 I slept a sound seven hours, thanks to earplugs and an Ambien, and woke at 6:30 ready to go. Clearly this was too early for the group, so I wandered through the quiet, empty city – a rare feeling in Rome – to the Campo De’ Fiori where they were just setting up for the daily market and unloading fish at the fish purveyor’s stand. 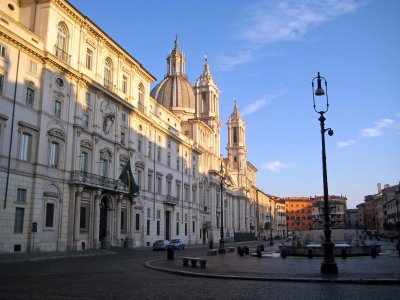 I made my way a few blocks over to Piazza Navona and saw another rare sight – the sun coming up on a piazza still empty of tourists as the artists just began unloading the work hoping for more sales than the rainy day before. I continued my walk up Via Coronari (an area pedonale, which is always welcome in busy Rome) to where it crosses the Tiber River to the Castle Saint Angelo. 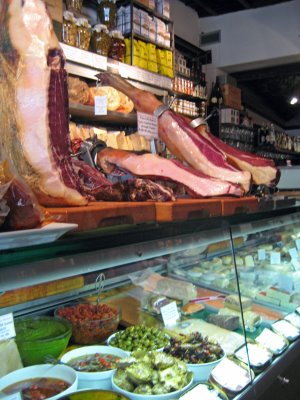 I grabbed a yogurt and an espresso (already addicted after only 24 hours in Italy!) and met up with the group for our tour with Inger. We spent 3 hours wandering through the market, shops overloaded with prosciutto and other Italian delicacies, and the Jewish Ghetto before ending our tour with a visit to the Pantheon and Piazza Navona. 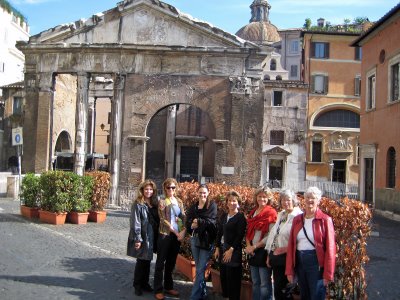 After our tour we walked up Via Coronari again, stopping at Lo Stregone for pizza lunch. In Denver, I’m not much of a pizza fan, but I can’t get enough of it in Italy. The combination of a thin, crispy crust and fresh ingredients for toppings is irresistible. You can’t beat it for lunch, especially paired with a glass of the vino bianco. 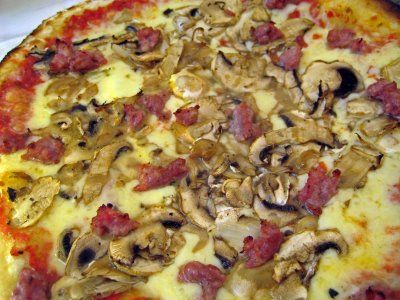 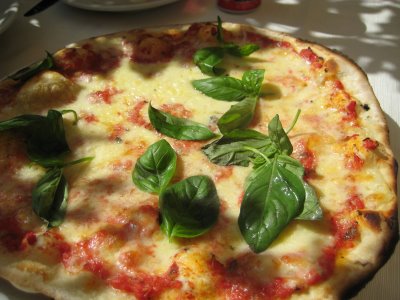 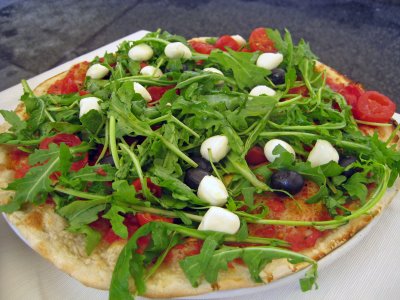 After lunch, we continued walking across the river past the castle towards Vatican City, and surprised ourselves with our stamina by walking all the way up to the cupola of Basilica San Pietro. We felt justified in stopping at Giolitti on the way back for some of that world-famous gelato – pistachio in my case. 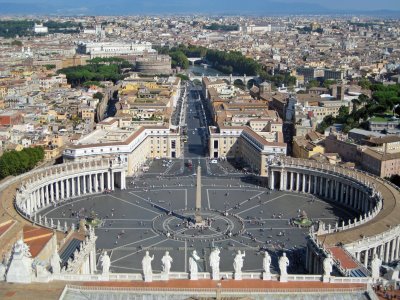 After a short nap and a shower to revive, we headed out in two taxis to Flavia’s house near the Villa Borghese for a Home Food Italy dinner that I had arranged for the group. Home Food was organized out of a desire to preserve and showcase the local food traditions of the regions of Italy. Cesarine open their homes to guests and I wanted my group to experience Rome like a local. 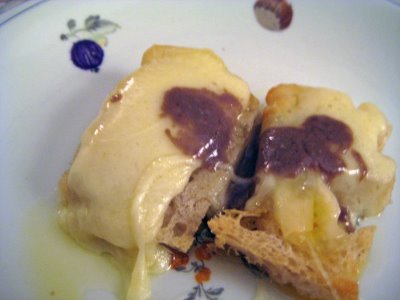 Flavia and her husband Antonio were gracious hosts and we enjoyed a fabulous meal prepared by Flavia for us. The first course was a Roman-style crostini topped with a little fiordilatte cheese and an anchovy sauce. 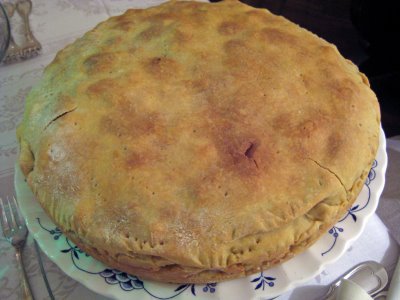 Flavia’s grandmother, Maria Rosario, was from Naples, and Flavia bases her interpretation of the timballo in bianco on her grandmother’s recipe. There is wine in the crust and the filling is a simple pasta with cheese – simple yet delicious. 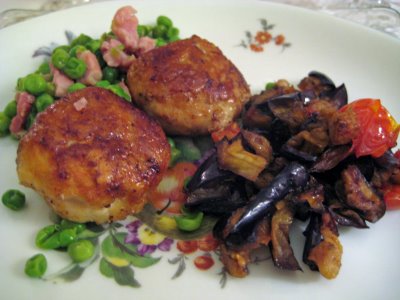 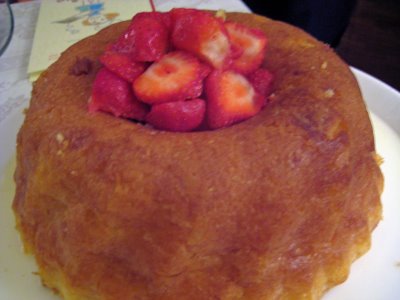 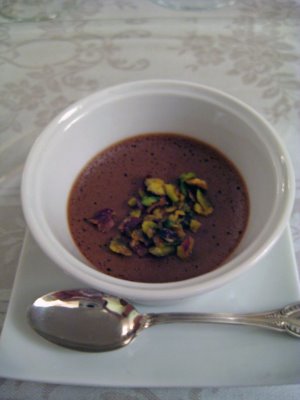 …and was followed by dessert #2, chocolate mousse in little cups, a Hebraic recipe from her mother Stefanella. 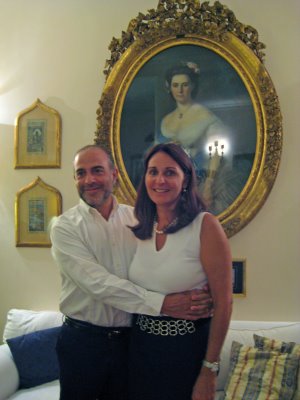 We bid farewell to Flavia and Antonio and made our way by taxi through the throng of young Romans out partying near our hotel and the Campo de’ Fiori. Everyone headed off to bed as we were to set out for cooking school in Puglia the next day.