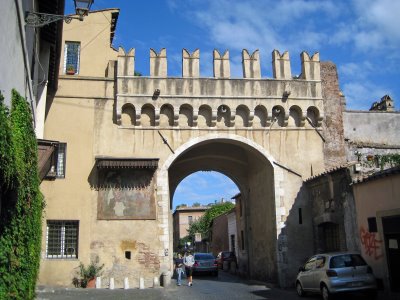 We woke to a glorious, sunny Sunday morning in Rome and 3 of us decided to take advantage of it. After my now routine espresso macchiato e yogurt, we crossed the river into Trastevere intending to walk up through Gianicolo Park, a well kept secret, but one of the best locations for viewing the city from above. 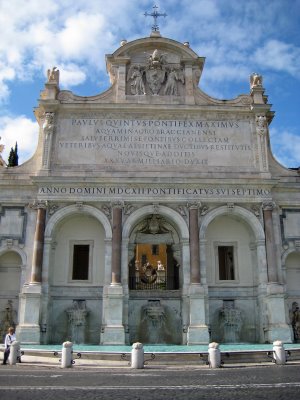 On the way, we were pleasantly surprised to find a Lazio Food Festival just near the Ponte Sisto. If we had had the time and the ability to carry things, we would have loaded up on all sorts of local cheese, honey, meats, flowers and vegetables. But since we had a train to catch and limited storage space, we had to settle for a free cookbook of Lazio specialties, a perfect souvenir for me. 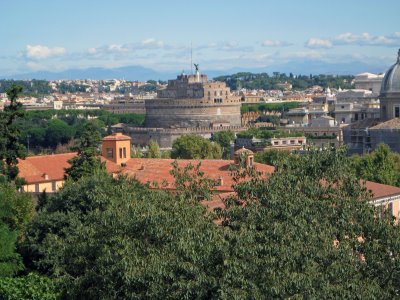 With little trouble, we made it to the Termini train station in time to catch the 1:38 train to Lecce, and we settled in for the six hour ride. Packing light paid off as the train was loaded with people and luggage, and the less you had to stow the easier the experience was. 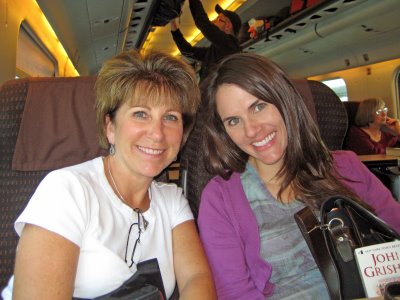 We had brought caprese-style sandwiches aboard and that paired with Florine’s bag of M&Ms made for a tasty lunch. We arrived in Lecce at about 7:40 and were met by Antonio the van driver and Silvestro for the two minute ride to Palazzo Rollo, a charming B&B in the middle of the old town of Lecce. 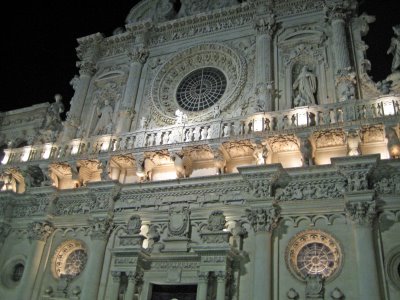 After dumping our belongings and gathering our wits, we followed Silvestro on a short walk through the town, passing at only a few of the major sights along the way, anxious to get to The Awaiting Table for dinner. 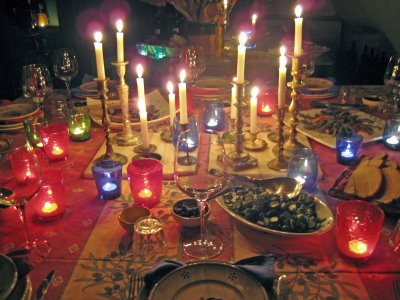 We were welcomed in with some bubbly while we discussed the week’s agenda, then settled in for a dinner in the old stable that’s now the kitchen. Because of the gorgeous candlelight, I was unable to photo much from dinner, but here’s the rundown of what we ate, accompanied by the most famous wine of the region, Primitivo:
Antipasti of cheese, olives, roasted peppers, bread, and zucchini
Three pasta dishes (to give us an idea of what we’d be cooking that week)
Rabbit with garlic roasted potatoes
Chocolate biscotti with dessert wine
Tired and sated, we returned to our rooms at about 1:00 in the morning, and dropped into a deep sleep.