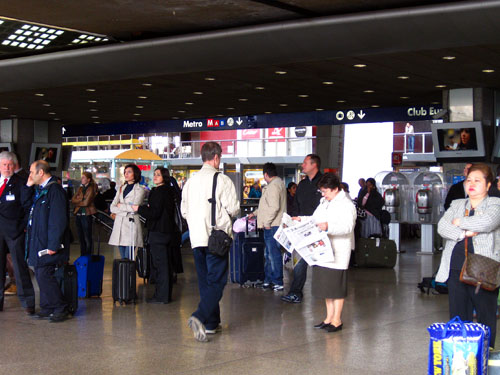 Sunday morning started off with a frenzy of travel issues. One woman was already stuck in Italy for 3 more days thanks to air space closures and flight cancellations. I headed to Termini to meet my husband who miraculously was on one of only two flights that took off the night before from Dulles to Europe – all others cancelled because of the volcanoe or associated air space issues. 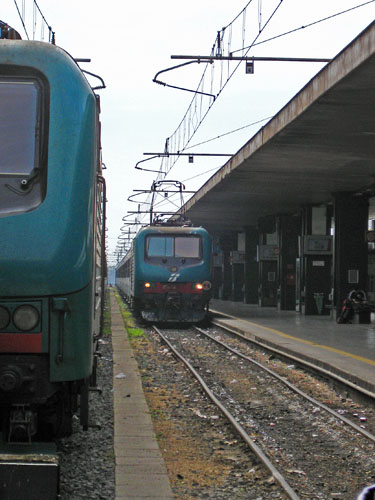 While I was waiting for him at Termini two other women from the group called to report their plane was called back off the tarmac and their flight was cancelled, so they were headed back into Rome. Termini was a complete zoo with people from all over Europe trying to get somewhere by train since flying was virtually at a standstill. 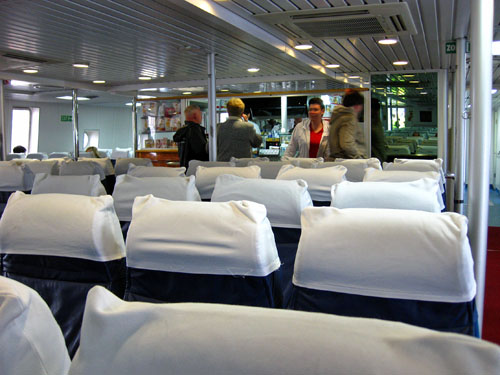 My husband managed to get the train from Fiumucino to Termini, arriving a bit late, so we quickly purchased tickets for the next express train to Naples, where we connected by taxi to the port to head to the island of Capri. So my husbandâ€™s 24-hour day of traveling went something like this: car, train, fight, flight, train, train, taxi, hydrofoil, taxi… 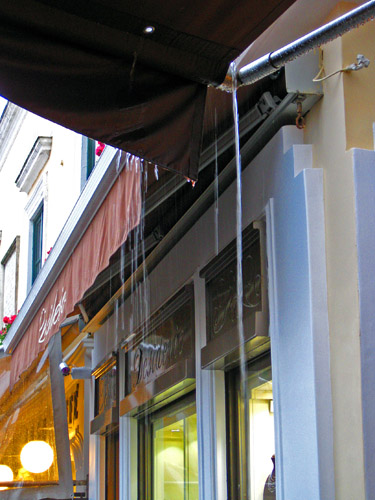 …and finally a 10 minute walk through the pouring rain in Capri to arrive at the Hotel Punta Tragara. He and I share a travel philosophy: it is what it is, so just hunker down, go with the flow, and be ready to accept what gets in your way and figure it out from there. 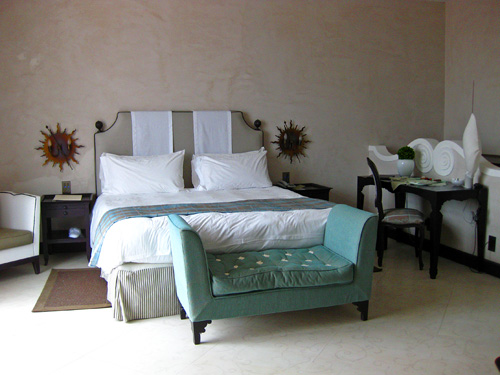 Seeing the pretty room perched on the top corner of the hotel overlooking the Farglioni rocks of Capri’s coast made it worth the effort. They had upgraded us to a higher category of room for no charge – a perk of traveling during shoulder season. 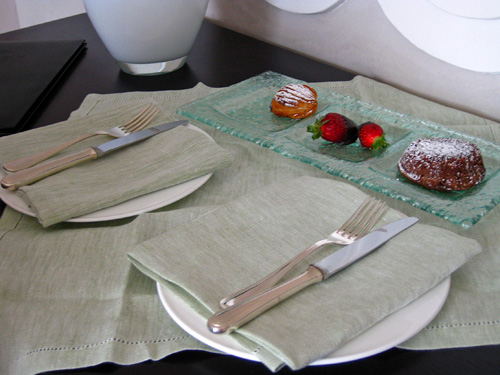 I can stay in a shoe box sized simple hotel as long as it’s clean, but the subtle touches of a special hotel are not lost on me: the chocolate dipped strawberries waiting in the room on our arrival, the plush robes, the private balcony overlooking the sea, full sized bottles of not only shampoo but also conditioner and body lotion. I think my husband needed this sort of comfort after traveling all day and a quick shower revived him for a trip through the rain back to the piazzetta. 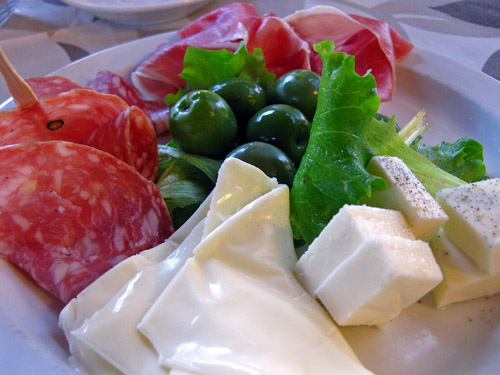 We watched people trying desperately to see Capri in the pouring rain from the comfortable seats of the covered patio of the Tiberio Bar, sipping on prosecco and beerÂ served with some snacks including the best green olives from Naples Iâ€™ve ever eaten. 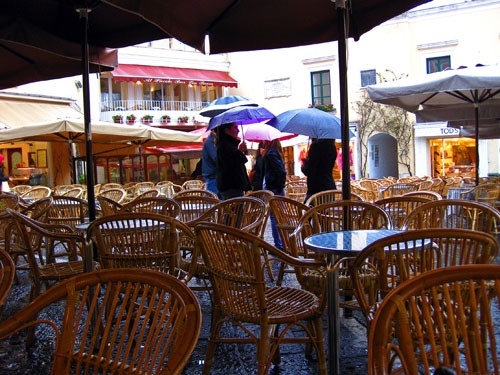 I think we sat there for 3 hours (one of the great pleasures of being on vacation),Â catching up with each other from our past two weeks apart. My trip, his job, updates on all of the kids. 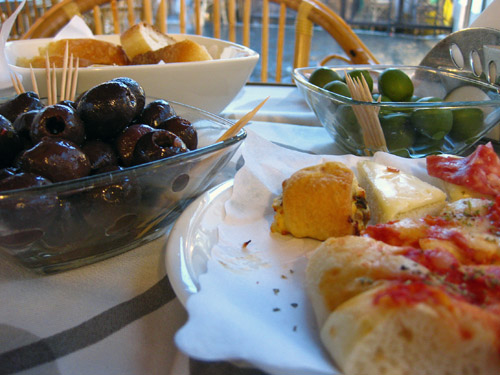 As is typical in Italy, the longer we stayed and the more drinks we ordered, the more food the waiter brought us (free of charge, of course) and we didn’t really even need much dinner but felt it was just too early for bed. 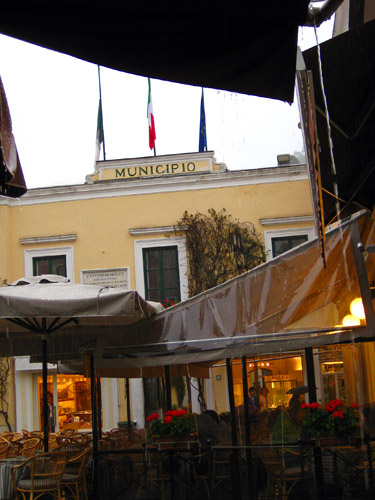 So we said goodbye to the waiter and trudged back through the rain toÂ enjoy a quick, albeit too fancy for what we really wanted, dinner at the hotel restaurant – ricotta stuffed zucchini blossoms followed by a potato crusted sea bass for me and linguine with tomatoes and shrimp for him. I was too tired to even remember to bring my camera to dinner. We crashed after dinner, praying for sun tomorrow.