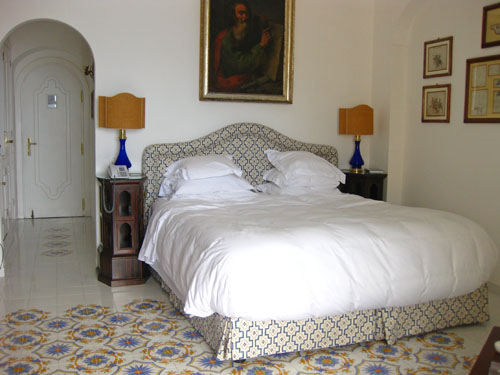 We woke to a gray day in Positano, a bit sad to leave our lovely room at Le Sirenuse… 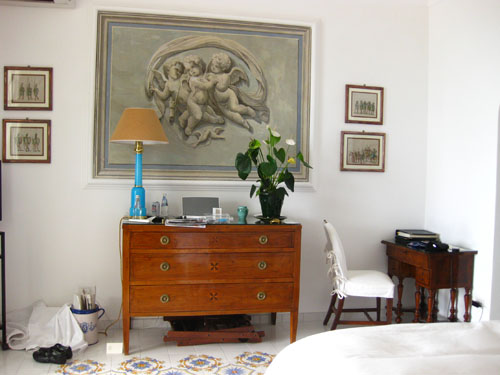 …to meet our driver who would take us to the train in Naples to return to Rome. The express trains offered by Freccia (of Trenitalia) are really great, and the ride from Naples to Rome only takes about an hour. 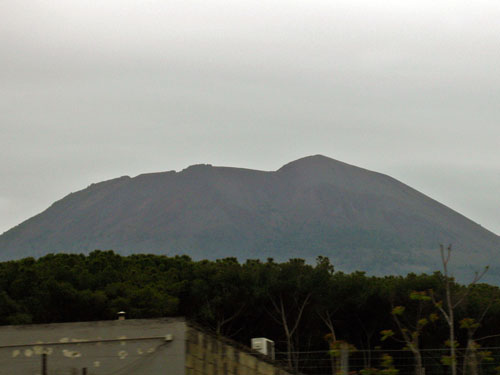 The drive from Positano to the train station in Naples is about 90 minutes, but itÂ did offer a glimpse of Pompeii and Mount Vesuvius on the way. 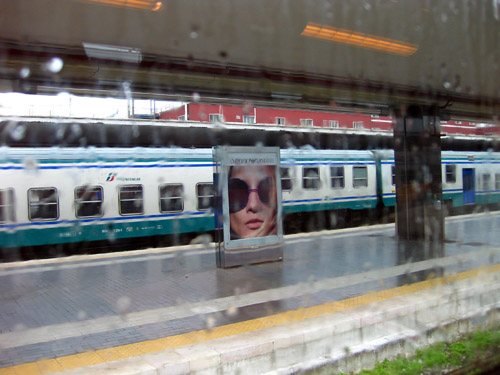 The train station in Naples is really in the worst part of town, and unlike Termini in Rome that’s filled with shops and cafes, there’s nothing there. I feel badly that I’ve formed my entire (negative) opinion about Naples based on Napoli Centrale and the port, so someday I may actually visit the city. We quicklyÂ boarded the train as soon as it arrived as it was beginning to rain in earnest, and it continued to rain all afternoon in Rome. 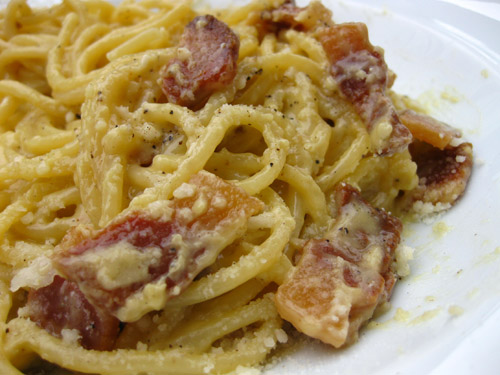 We wandered into the Campo dei Fiori just as they were tearing down the market, but planted ourselves at what looked like a warm and dry spot for lunch. Youâ€™d think Iâ€™ve had enough of spaghetti carbonara by now, and perhaps after this delicious rendition today Iâ€™ll call it quits until my next return to Rome. 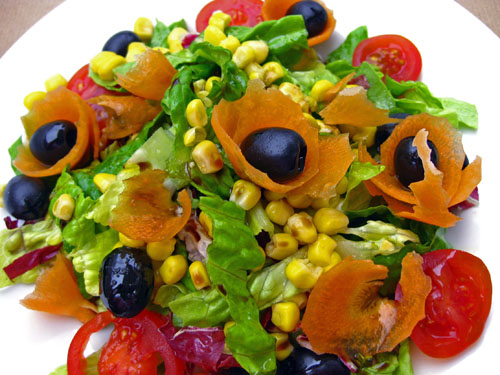 The insalata mista won points for creativity, with an olives perched in small carved carrot pieces. 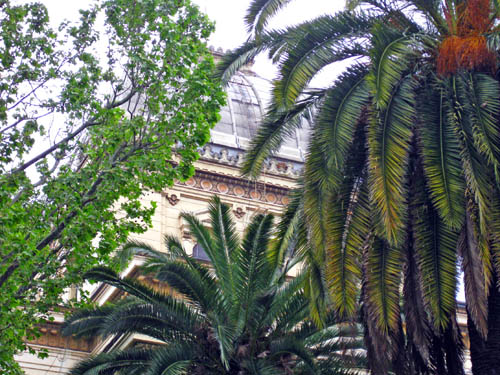 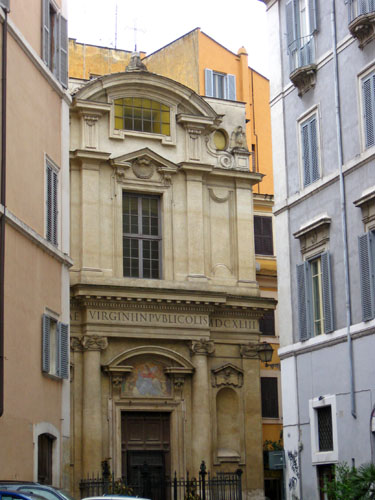 After lunch we meandered towards the Tiber River and I took my husband to see the synagogue and the Jewish Ghetto since these are parts of Rome heâ€™s never seen before. 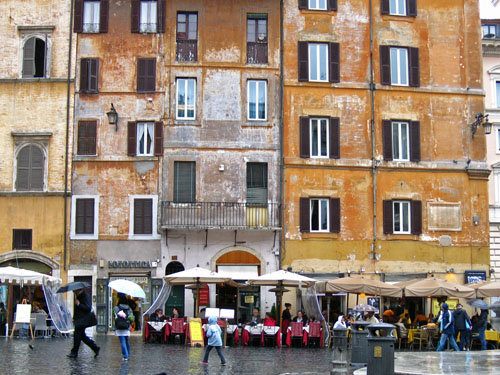 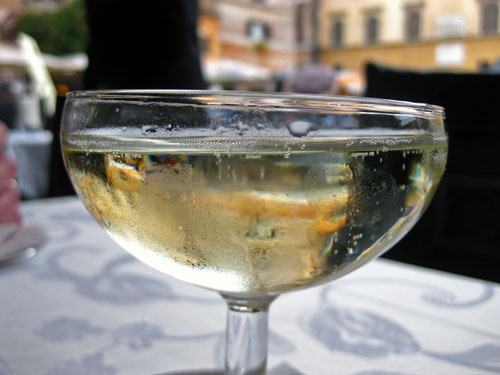 And then we settled in under the umbrellas at a spot on the Piazza della Rotunda to watch it rain while sipping prosecco (I feel like I’m at a wedding when they serve it in these glasses!) 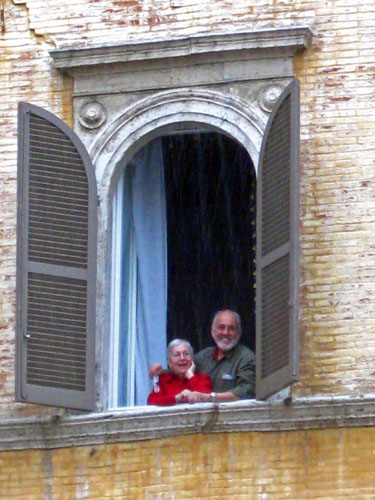 I think this couple from the hotel window across the piazzaÂ was having as much fun watching us below as we were watching them above. 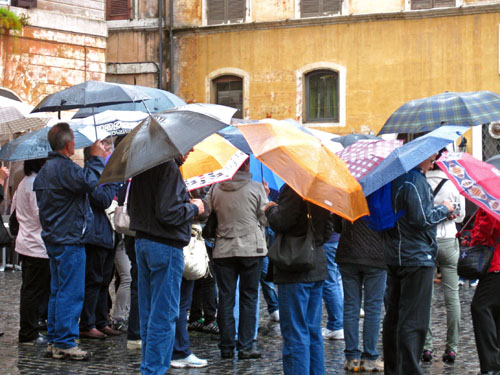 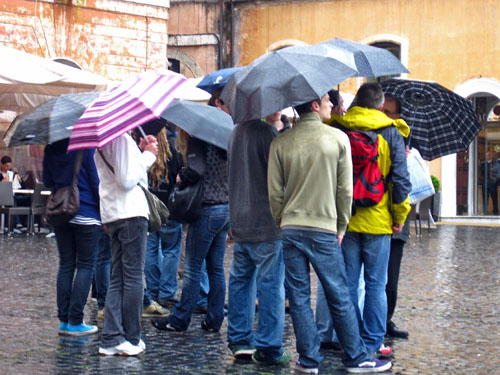 Group after group of tourists stopped for the obligatory views of the Pantheon, hovering under umbrellas while their guides filled them in on the key facts,Â before moving on… 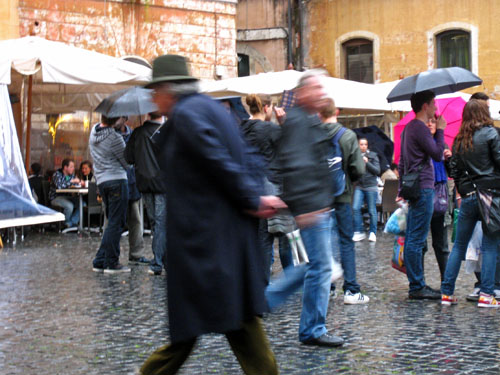 …everyone walking briskly in the drizzle. We finally cleaned up for dinner and headed to Ristorante LuciaÂ near the Raphael Hotel, only to find it closed with the rain. 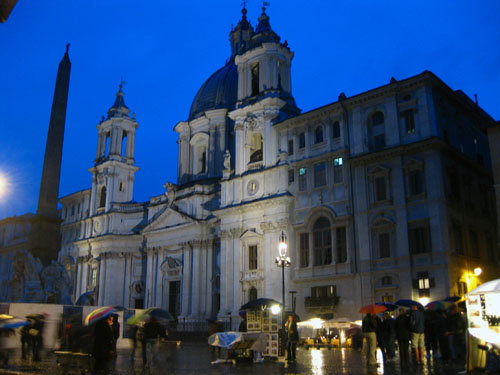 As we walked back through the Piazza Navona, we found ourselves sucked in by the views of the church in the piazza and sat down to eat at one of the restaurants on the piazza,Â totally against my better judgment.Â I tell friends repeatedly that the prices are high and the food quality is low along the popular large piazzas. When the meal arrived it was so horrible that we paid for it and left without eating anything, feigning illness because I don’t like to make a scene at restaurants. 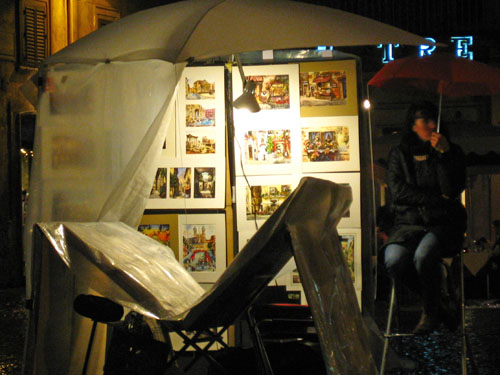 We leftÂ this poor artist and others in the rain on the piazza, trying without much luck to sell some paintings on a dreary evening. 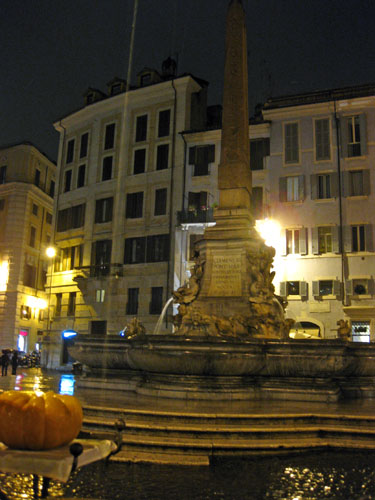 Back at the smaller Piazza della Rotunda I find the restaurants, while a bit pricier than tucked away local spots, at leastÂ decent food and service. And the small piazza is more intimate for people watching. 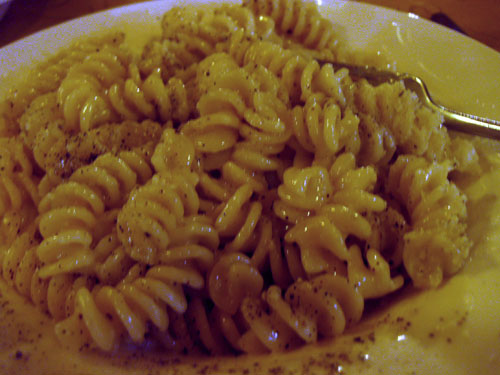 Fusili caio e pepe per me. 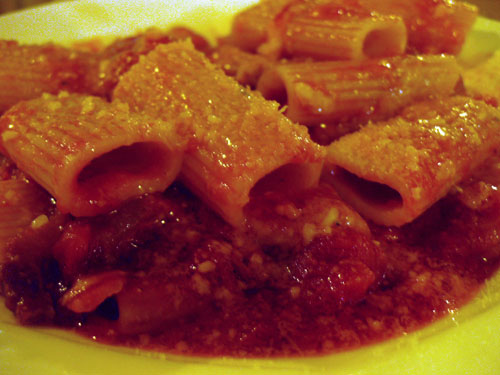 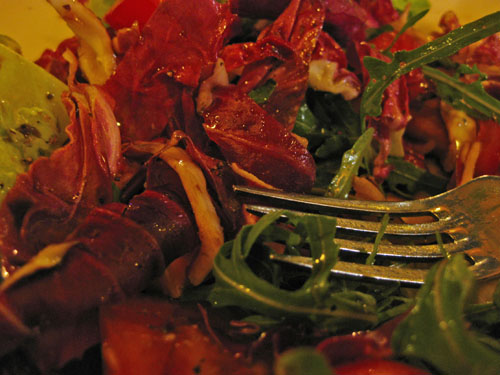 Insalata mistaÂ  – because Iâ€™m actually beginning to love having it at every meal. The forecast for tomorrow is for more rain – maybe that will help ease my sadness at having to leave Rome soon.