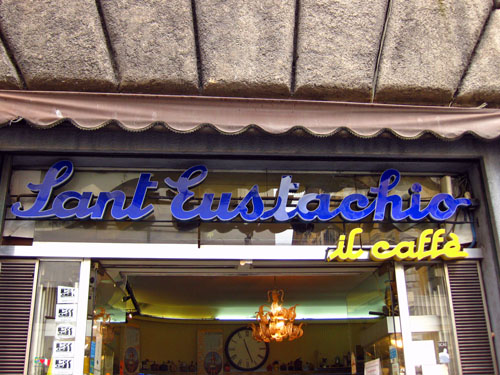 Somehow when you are expecting it to rain itâ€™s not quite as disappointing. So with umbrellas in hand, at the crack of 11am on my last day in Italy after 3 weeks, we made our way from the hotel to the now-famous (thanks to a 2006 New York Times travel article suggesting itâ€™s the best in Rome) Sant Eustachio.Â 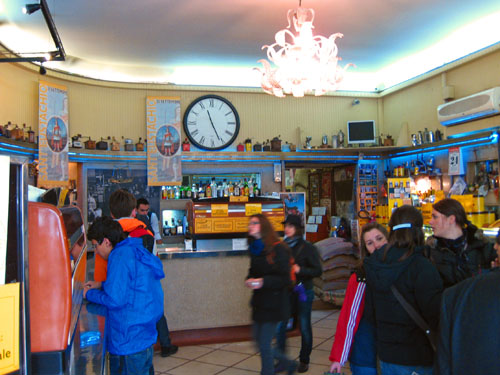 We were intent on samplingÂ their cappucino and espresso which they serve with a heavy emphasis on foam and sugar, and followed the protocol of paying first then presenting il biglieto to the barista to make our drinks. 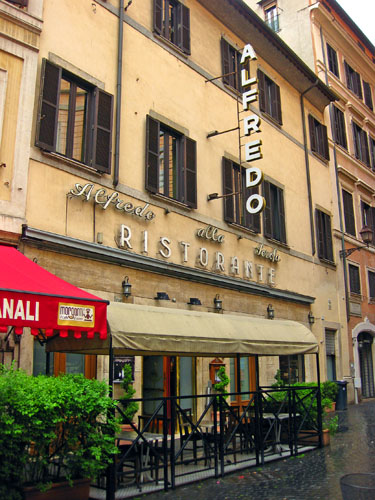 Properly revved, I set out to show my husband some things he hadnâ€™t ever seen in Rome, heading north on Via Scrofa, past Alfredoâ€™s (home of fettucine Alfredo and the spot where I celebrated my birthday in 2008), to the temple thatâ€™s housed inside of Ara Pacis. 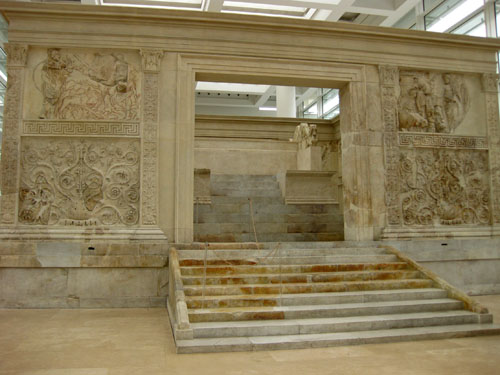 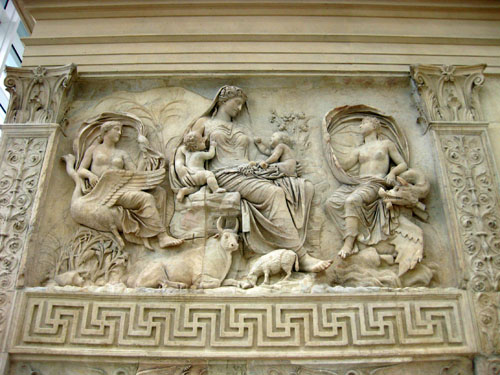 The intricate carvings cover every major player in the history of the Roman empire, and the structure was also hosting a tribute to the much beloved singer and composer Fabrizio de Andre. 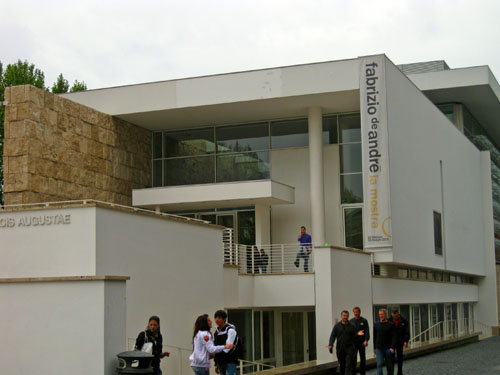 Flavia, my friend from Home Food Italy, said she heard the neighbors had voted to remove the controversial modern art building that protects the altar and provides exhibition space. 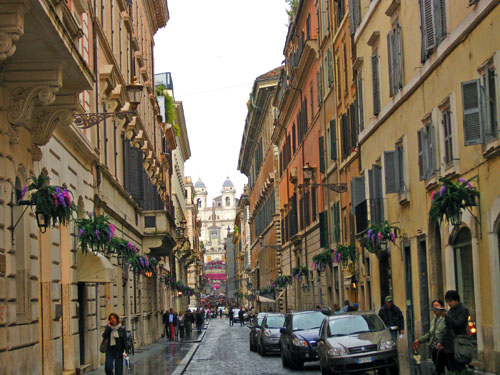 We turned east with no particular destination in mind when we spotted the flowers on the Spanish Steps all the way at the end of the street. Iâ€™ve never seen the azaleas and heard they only are on display in May, but since tomorrow is a holiday (April 25th marks the Italian liberation from the Nazis), I guess they put them out early. 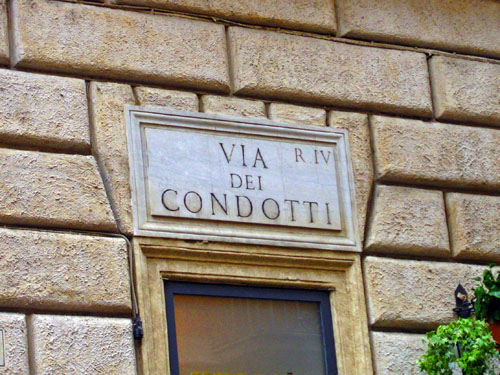 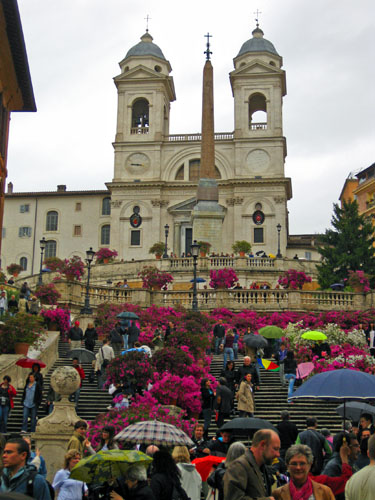 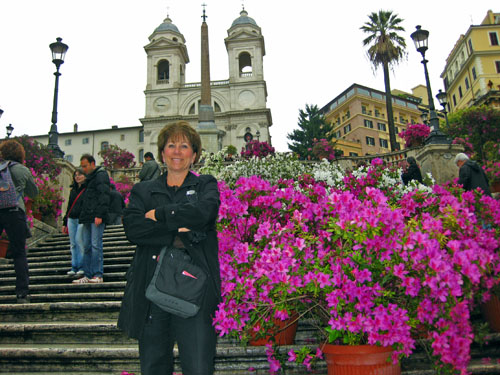 …led us smack into the crowds of umbrellas, with everyone (including us) working to snap the perfect photo. 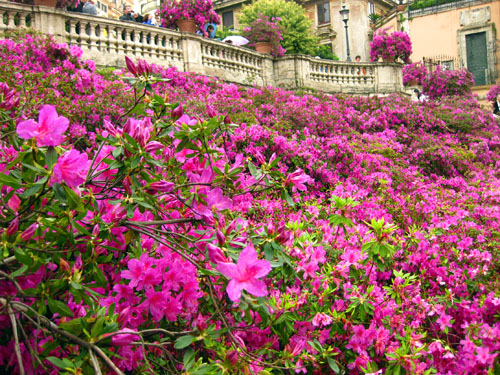 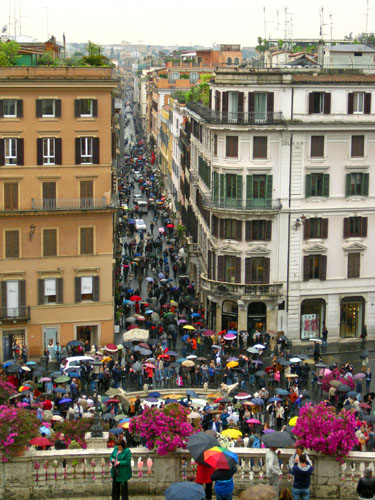 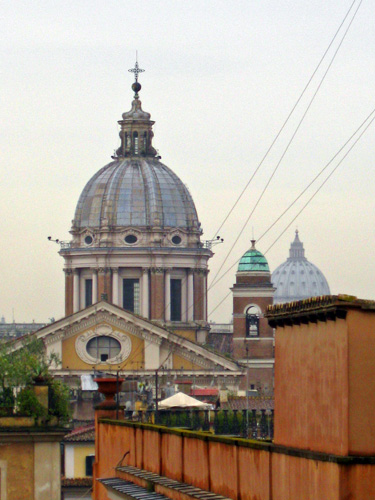 …along with a great shot of a few of the domes of Rome, including St. Peterâ€™s in the distance. This was actually my first trip to Rome that I didn’t even cross the river to just look at St. Peter’s, so it was nice to catch a glimpse of the dome here and there. 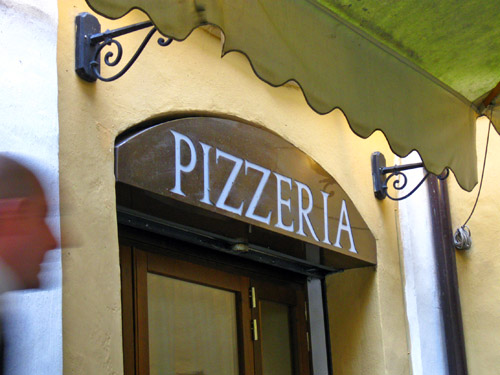 After pushing our way back down the steps, we stopped at a pizzeria (which I now knowÂ means they have a pizza oven which I now also equate with that deliciously thin and crispy crust I love on the pizzas in Italy)… 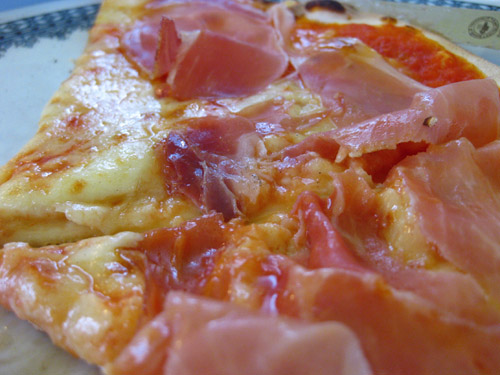 …and shared our last pizza of the trip, not speaking a word as we savored the prosicutto crudo topped masterpiece… 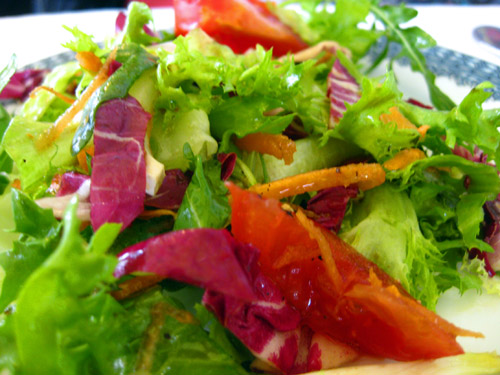 …and our final insalata mista while the ristorante filled up with local families. (I’ve noticed in the past 3 weeks that Saturday lunch seems to be a popular time to dine out with friends and family in Rome.)Â Although I used to make emulsified French-style vinaigrettes, something tells me I’m going to stick to the simple drizzle of olive oil and balsamic when I return to Denver. 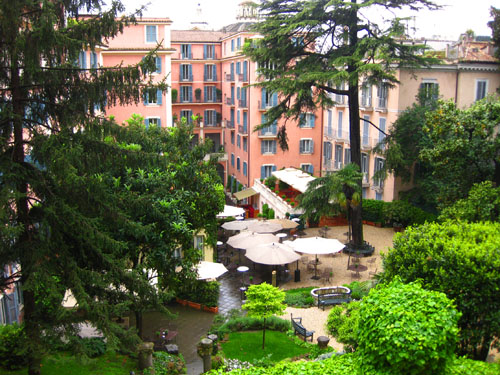 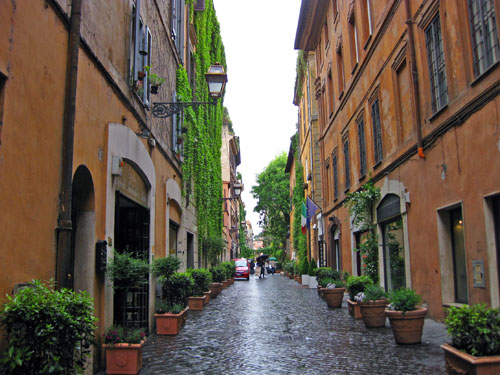 Â …down the lovely Via Margutta, back up the Spanish Steps, and over to the Via Veneto so I could show my husband the Capuchin Crypt at S. Maria della Concezione that I had visited the week before. 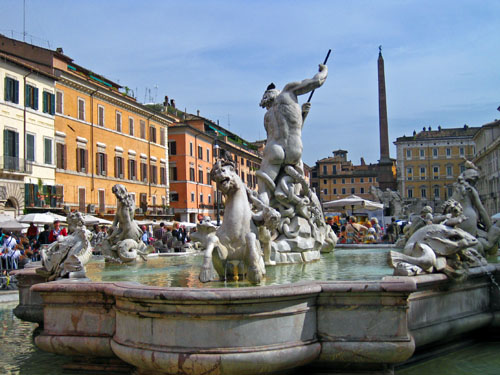 By the time we had walked back to the heart of the centro storico, stopping for one last pistacchio gelato at Giolitti, the clouds had fully cleared and the sun was warming all of the locals and tourists crowding the Piazza Navona on a Saturday afternoon. 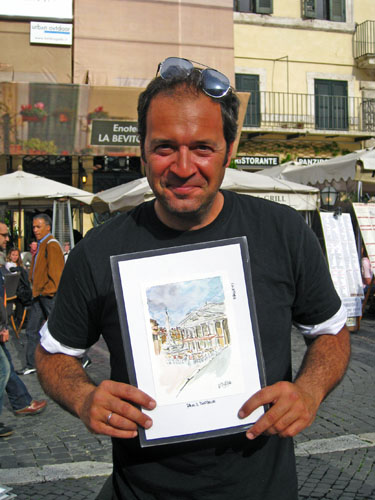 I like to buy street art – supporting the local artists makes me feel good, it’s usually much cheaper than in a gallery, and you get to snap photos of the cute Italian guy who made your painting! And this guy happened to have the perfect water color of my favorite piazza by the Pantheon. 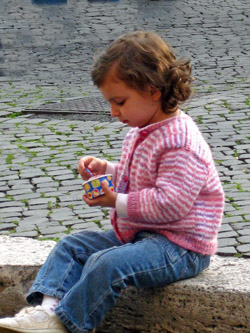 We watched this adorable little thing eating her gelato while she patiently waited for her street performing father to finish his set – oddly of Cat Stevens and Elton John songs. 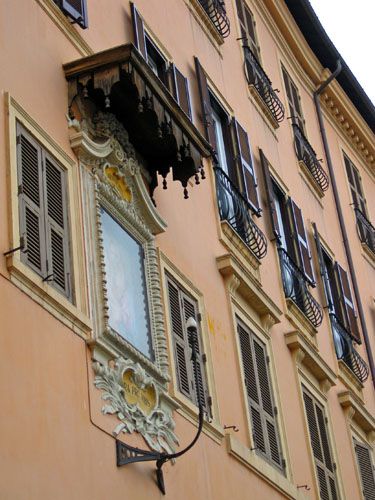 And as I stood in line at the ATM, the German kid in front of me exclaimed “YES!” when the machine told him he actually had money in his account.Â I grinned, thinking of my own son’s first trip to Rome last summer. Starving students are the same everywhere! 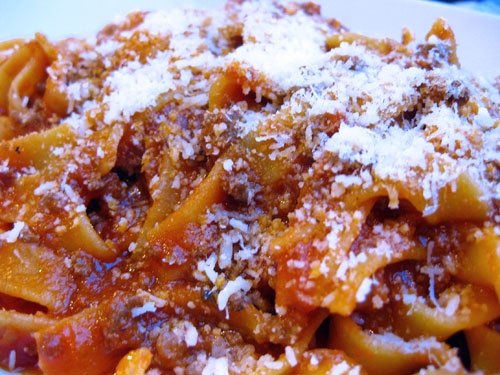 We eventually wandered back to our favorite little Piazza della Rotunda, actually thinking we would go somewhere new for dinner, but instead just tried one more of the small cafes on this piazza, knowing we had to pack to depart early the next morning. The tagliatelle with wild boar sauce (a classic Tuscan dish) was savory with just the slightest hint of sweetness in the sauce, and I ate almost the entire huge plate of it. 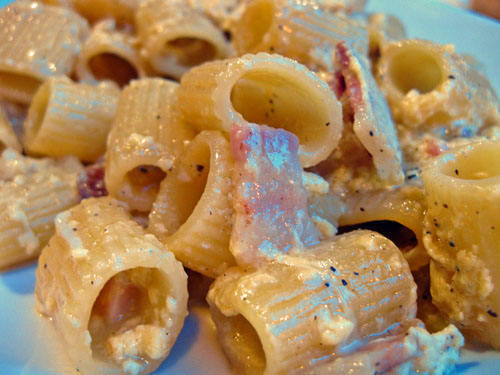 My husband’s rigatoni in a carbonara style was equally good, and he ate almost all of his as well. We had both noted on this trip that the portions seem to be much larger – not sure if that’s in an effort to appease tourists or if the Italians are actually starting to eat more. 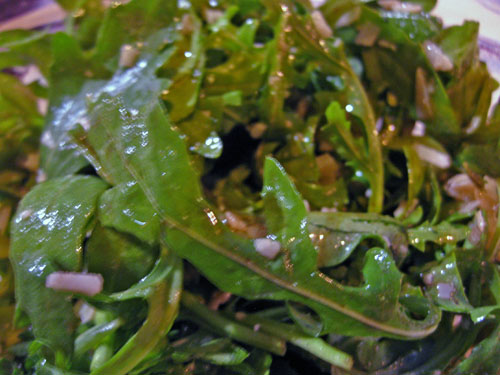 I asked the waiter to make me a special arugula only salad topped with grana padano cheese, as I just neededÂ one final fix of this before getting on a plane the next day. We returned to the hotel early, me a bit depressed about leaving, to pack (while listening to my new Fabrizio de Andre CD) for the early car ride to the airport.