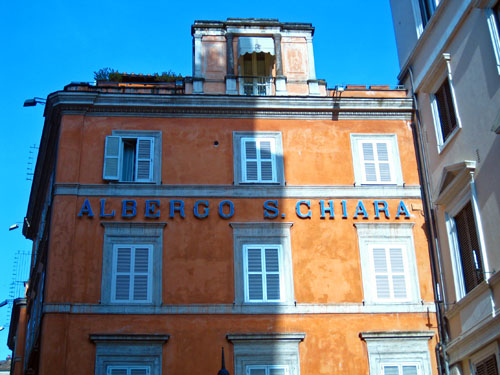 I hate going home from Italy. Don’t get me wrong, I have a wonderful life in Colorado. A great family.Â True friends. Fulfilling work. A nice home. And much more. But I feel such an attraction to Italy and miss it terribly when I must leave. It helped me to know that when I arrived home that two of my three kids would be at our house to greet us, and my husband tried to cajole me into leaving by reminding me that it’s spring in Colorado and everything would be in bloom. But I still left the very accomodating Albergo Santa Chiara in Rome with a heavy heart and rode the 30 minute cab ride to the airport silently with a big pout. 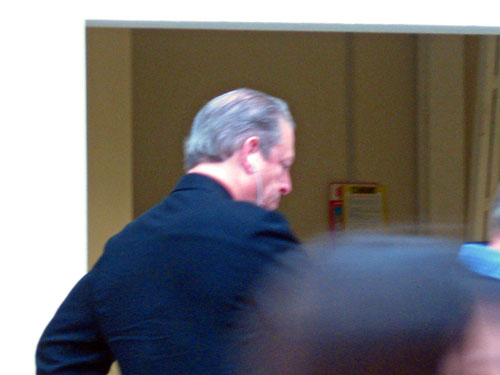 Flying to the US from Rome is a hassle – thanks to today’s heightened security threats, check in is in an entirely separate building. You go through passport checkin first, then stand in line to check in with the airlines and check your baggage, then stand in line to go through security where your passport is checked again, then board a bus to be taken to the main terminal. I amused myself in thisÂ one hour process by watching Al Gore go through the same process, speculating that perhaps he had been at some European summit celebrating Earth Day the week before. 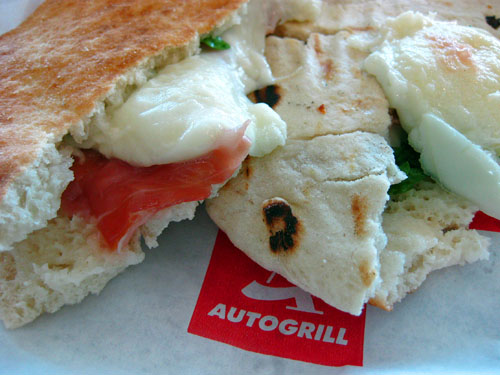 Once we made it to the main terminal area, there was unbelievably only about 15 minutes until we were ready to board the plane, so I had a quick final caffe macchiato then ordered a quick panino with mozzarella, prosicutto and pesto to take on the plane, not knowing how long it might be before we were served anything onboard. 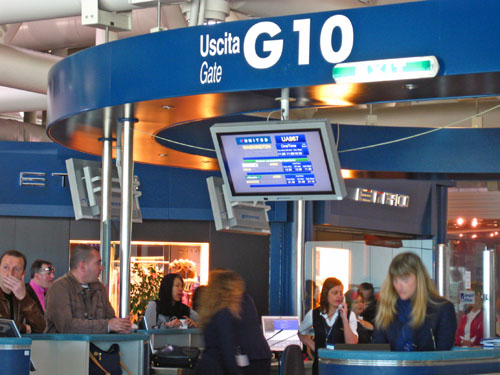 When we finally boarded the plane, we went through yet another passport check andÂ were thenÂ shuttled on yet another bus out to the runway to get on the plane. The remainder of the trip was really uneventful, and I guess when you’re traveling that’s a good thing. Uploaded all of my remaining photos and worked on them in Photoshop. Watched an odd assortment ofÂ three movies (Have You Heard About the Morgans?, Sherlock Holmes, A Single Man). Read some of my book (The Girl with the Dragon Tatoo). Dined on airplane food that was terrible put kept me busy. Changed planes in Washington. Got into Denver early. Made our way home. The kids had ordered pizza for us, and although the thought was reallyÂ sweet, all I could think of was how much I already missed the pizza in Italy. Fino l’anno prossimo, arrivederci Italia!