Blueberry Tarts – and 48 hours in the kitchen… 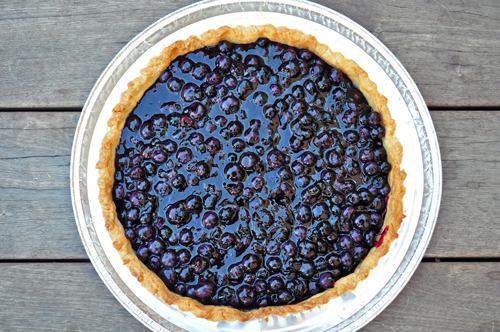 I spent most of Monday and Tuesday cooking, but have only this one recipe and photo to share. That’s because I was neck deep in flour with 11 kids on Monday, the final kids’ class from my summer series Cooking with Michele on Mondays. We made Chocolate Biscotti, Apple Tarts, Confetti Cupcakes, Buttercream Frosting, and Snickerdoodle Cookies. I’m still wiping up flour and sweeping up sprinkles! 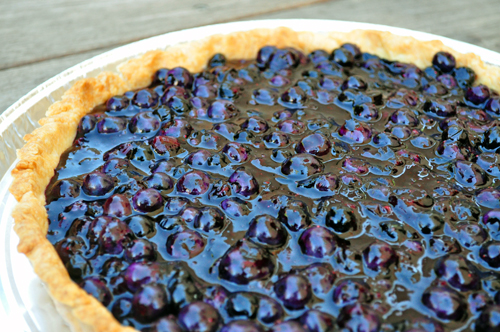 Before and after the kids’ class I was cooking up a storm for a client who asked me to cater three meals, three breakfasts, and three desserts to be dropped of yesterday. She has a house full of company and understandably didn’t want to spend all of her time in the kitchen. Here’s the menu:

By the time I picked my daughter up from the airport (she’s back from New Zealand but you can read about her travels here), I was ready to collapse. The blueberry tart is simple to make – hope you enjoy it!

Combine flour and sugar and stir together then add butter and mix on low until just pea size lumps of butter remain. Beat egg and water together and slowly drizzle into the bowl with mixer running just until dough starts to come together. Discard and remaining egg mixture. Shape dough into two disks and refrigerate for 30 minutes. Roll out dough and press into 2 11-inch tart pans with removable bottoms. Line with parchment paper and pie weights and bake for 20 minutes at 350 degrees F. Remove pie weights and paper and continue baking until crust is golden brown, about 10 more minutes. Remove and let cool.

Combine sugar, half of the blueberries, and lemon zest in a saucepan. Stir together lemon juice and cornstarch until dissolved, then add to the pot. Stir everything together and cook over medium high heat until it starts to bubble. Reduce heat to medium and continue to cook, mashing blueberries a bit with a potato masher, until the mixture thickens. Remove from heat and cool slightly by placing pot into an ice bath and stirring the blueberries. Fold in fresh blueberries and stir to combine. Pour berry mixture into the two tart shells and refrigerate until set.