The Great Wall of China

Throughout the world there are certain icons, certain sights that just have to be seen, even if it means getting up at 6 am and pushing your way through the crowds. The Great Wall of ChinaÂ  is one of those things. 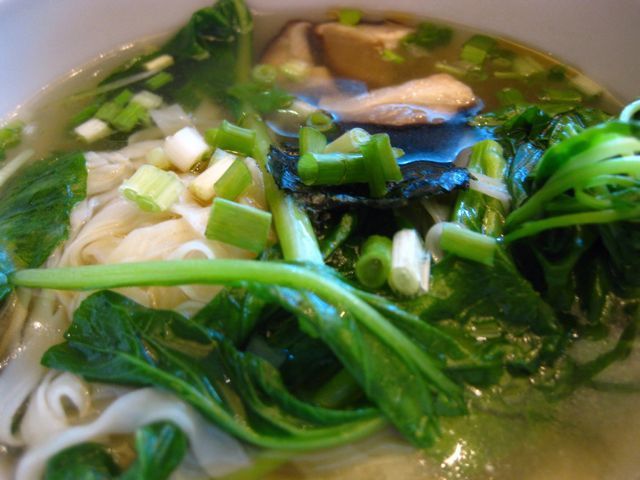 I began my day with what is becoming a habit I’ll find hard to break – a big bowl of noodle soup with greens, mushrooms, and some condiments – I like a little sesame oil, some fish sauce, and green onions in mine. 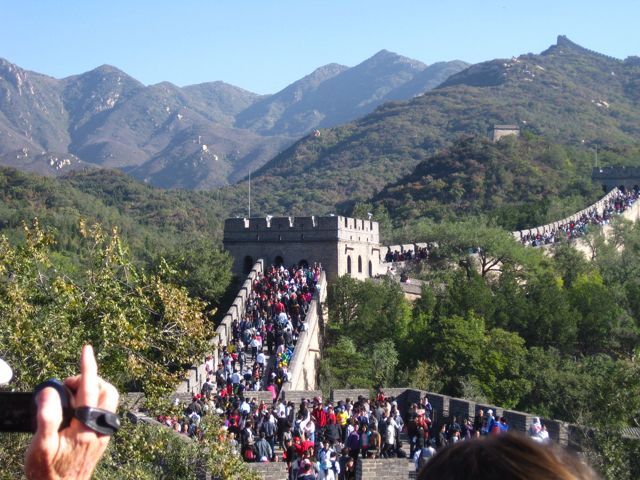 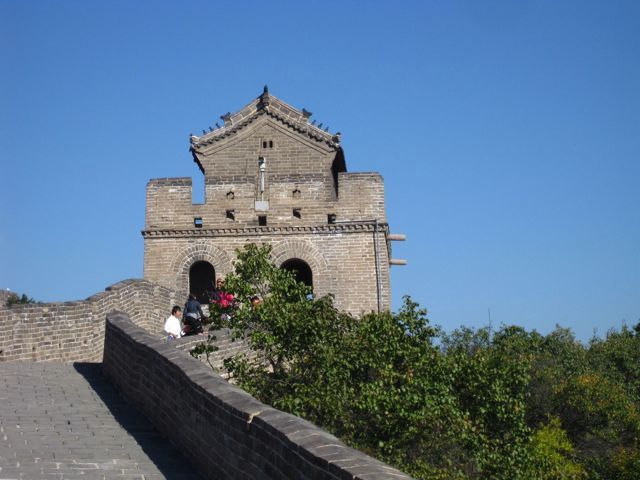 After breakfast our group set out for the Badaling section of the wall, about 90 minutes from Beijing. Offered the hard section or the harder section, we set off for a 90 minute hike on the harder side, as it’s less crowded (that’s relative to all the crushing throngs of people we were with yesterday at the Forbidden City). 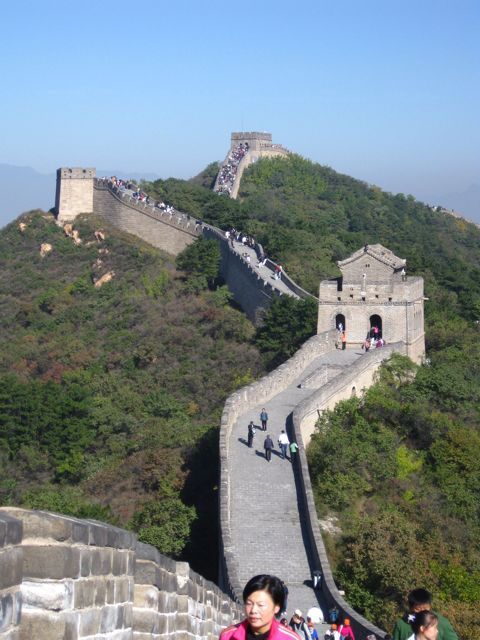 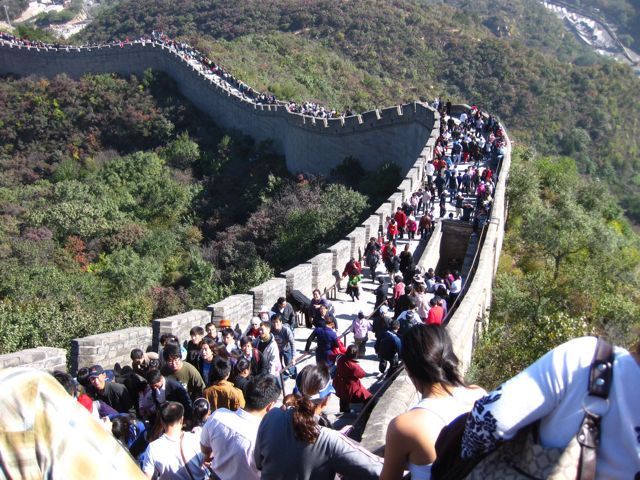 It’s gorgeous, with the hazy hills surrounding the section of the wall which rises and dips with the terrain. It’s also quite steep and very hard to climb, even with cortisone in my knee. 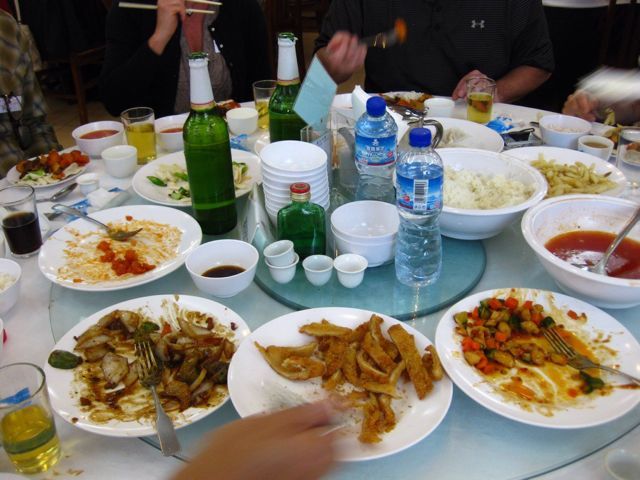 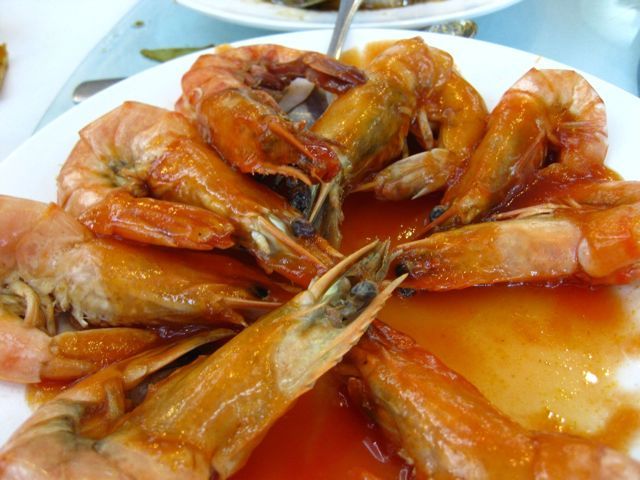 After our visit, we made our way to the Jade Factory, which oddly enough has a bustling restaurant in it. The huge selection included all sorts of Chinese specialties that were served around a huge lazy Susan and – everything from bok choy to sweet and sour chicken, stir fried mushrooms, large shrimp, and more. The climb had made us hungry and we ate quickly – as quickly as one can with chop sticks – and washed everything down with the local Chinese beer. 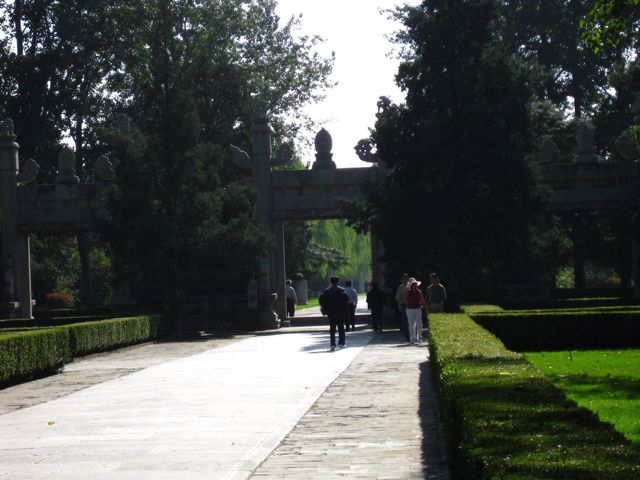 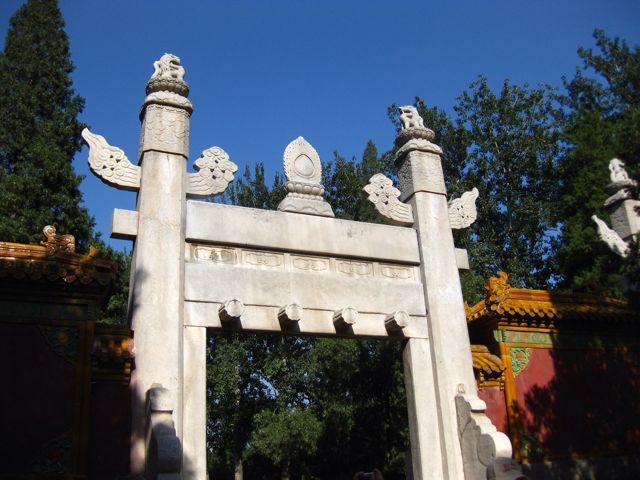 I’m not much of a jade fan so passed on the jewelry and re-boarded the bus for the short ride to the Ming tombs. Thirteen of the sixteen emperors are buried in tombs in this small area, but there isn’t much to see at the tombs themselves, so we skipped that part and just made our way leisurely down the Sacred Way, the lovely garden path that runs down the middle and honors the dead. 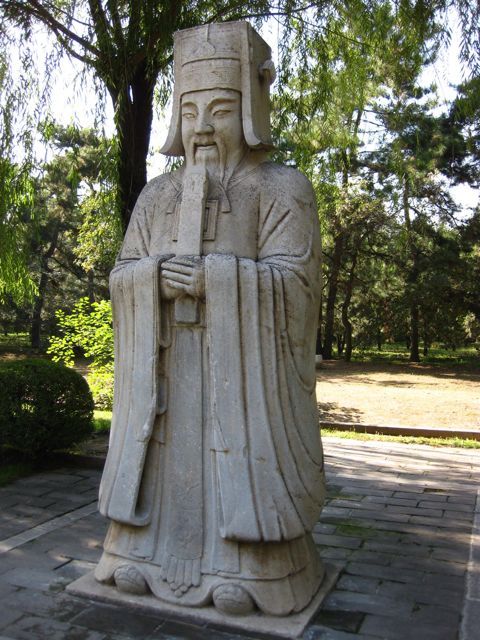 It’s lined with these huge stone sculptures – the Qin and Han dynasties were the ones to first place stone statues in front of tombs (if I’m recalling my guide correctly). After returning to the hotel and resting up, we had our last dinner here at the buffet. Tomorrow we fly to Xian to see the terracotta warriors, but I sure hope I have time to have my noodle soup for breakfast before we leave!