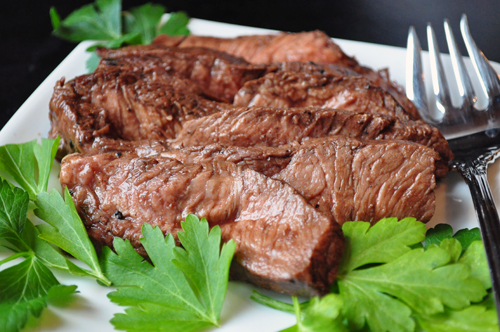 My daughter always says it’s all about the sauce. It’s not that everything requires a fancy, heavy French style sauce, but that most foods are enhanced with some sort of sauce – whether it’s a simple jus, a glaze, or a more complex sauce. I wanted to cook some of the grass fed beef I recently purchased from Sun Prairie Natural Beef (my blog readers get a 5% discount – just click on their ad to the right in the sidebar!), and I knew the London broil cut would benefit from some marinating and tenderizing. 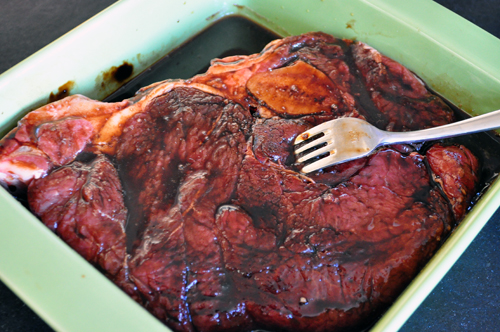 When you make up the balsamic glaze for this recipe, you’ll have more glaze than you need, but it lasts for a long time in the fridge, and can be used on veggies and other meat. For beef, and especially lean cuts like grass fed or bison, you want to marinate for several hours, tenderizing with a fork periodically while it does it’s magic. 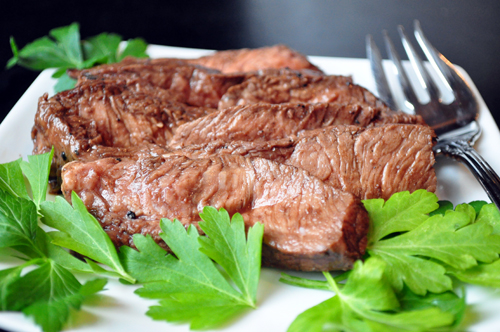 After you grill your meat and let it rest, slice it against the grain to serve it. I like to use the marinade, but since raw meat had been sitting in it, you’ll want to bring it to a boil first to make sure it’s safe. Then drizzle over the meat. Yum!