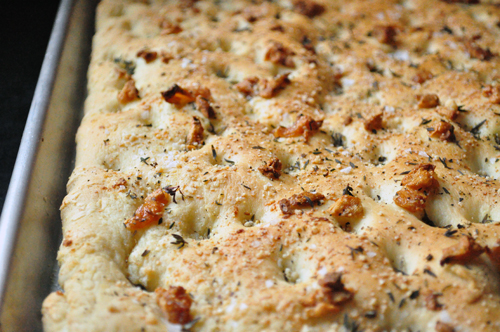 Last weekend I made cioppino for friends, and other than authentic San Francisco sour dough bread, I can’t think of a better accompaniment to the seafood stew. 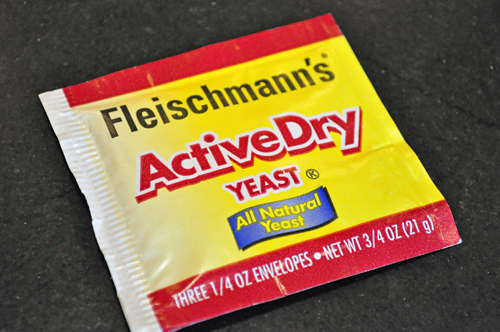 This is a classic bread making technique that starts with yeast… 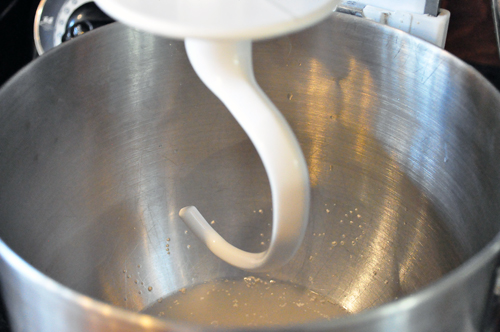 …that you pour into the bowl of your mixer along with warm water and sugar to feed the yeast. Let it sit for a couple of minutes (you’ll know it’s ready to proceed when it starts bubbling)… 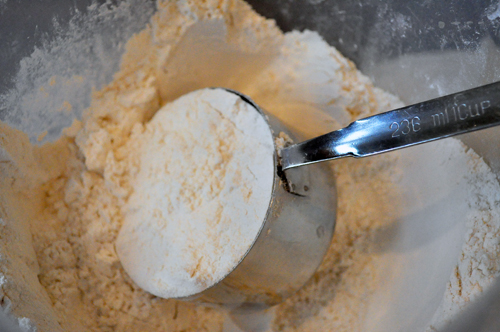 …then start adding the flour, a little at a time, taking care not to make the dough too dry. 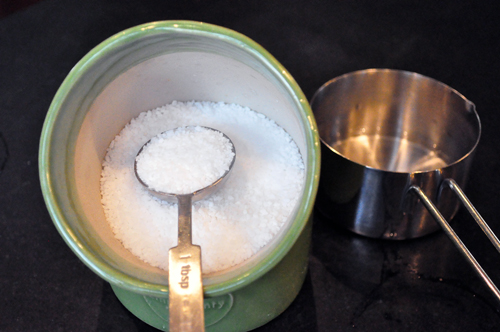 Dissolve the salt in warm water and add that to the mix, then let the dough hook start doing it’s work. 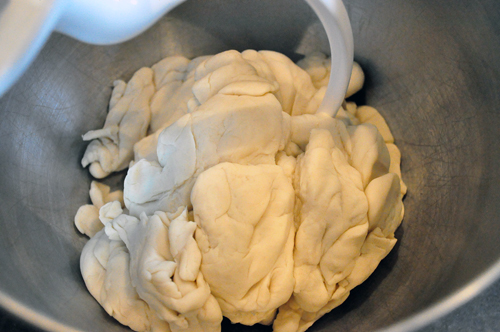 When the dough finally comes together and seems smooth and elastic… 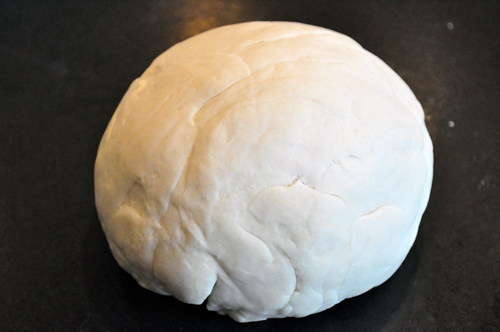 …take it out of the mixing bowl and begin to fold it over onto itself a few times, finally tucking the edges under to form a smooth ball. 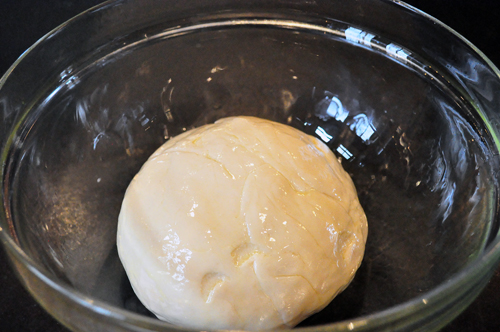 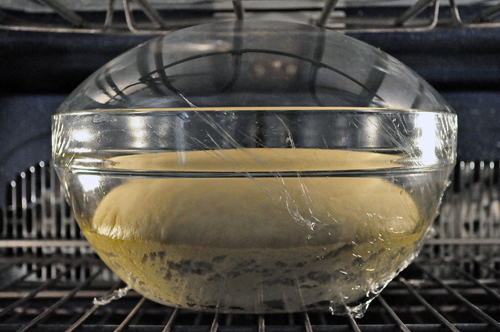 …and let in rise in a warm place until doubled in size. (Note: don’t do what I did…I wanted to take the chill out of the oven, so turned it on meaning to turn it off in 30 seconds, but left the room, worked out for an hour, and came back to find my hard as a rock dough ball baked into a brick with the plastic wrap melted all over it and the glass bowl.) 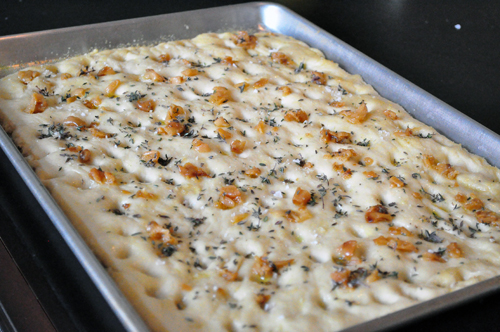 Oil a sheet pan and sprinkle cornmeal over it, then roll or stretch the dough out to about 1/2 inch thickness to cover the pan, then press dimples into the dough with your fingertips. Add the toppings and cover with plastic wrap to let it rise slightly again, then bake. 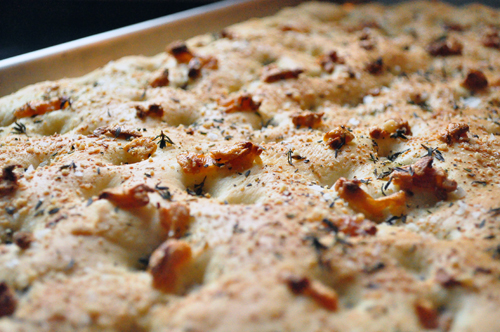 Because I spread my dough out to cover the entire sheet pan, it was a bit thin and seemed a little more like a doughy pizza crust. If you want it “breadier”, then leave it thicker before baking.