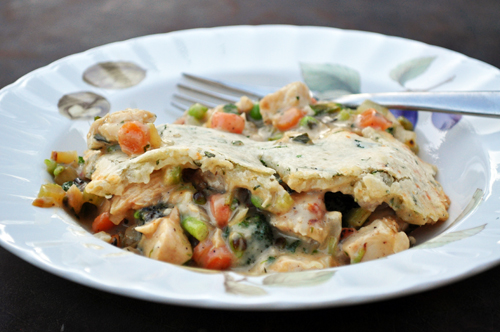 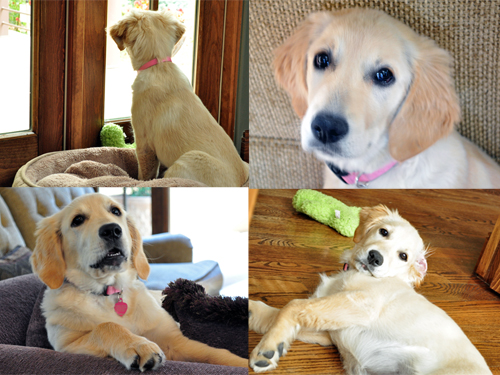 Before I go further, I must share a few snaps of Ellie – she’s 3-1/2 months old now and the world’s biggest helper. She guards the office from intruders and barks out instructions to me from the couch while I’m in the kitchen. She’s a love! 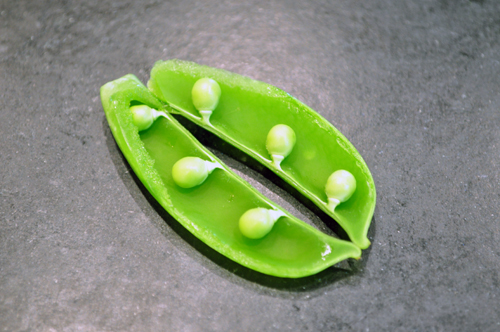 It seems every recipe for chicken pot pie has peas in it. I didn’t have any in the house but I did have snow peas. So I painstakingly popped them open and popped out the peas. 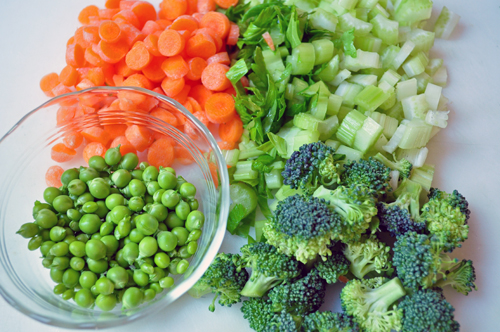 To that I decided to add carrots, celery, and some small broccoli florets, along with a half of a diced onion. 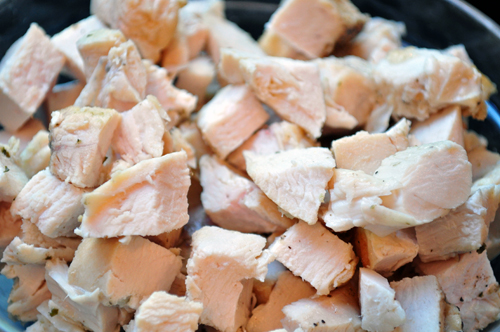 You’ll need some cooked diced chicken – I had some left that the kids had made for sushi class. 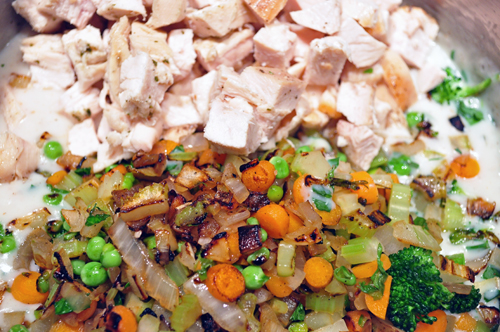 After making a basic white sauce (I used skim milk in mine to keep the calories lower), add in the vegetables that you’ve cooked (I like them with some caramelization to add flavor) and the chicken. 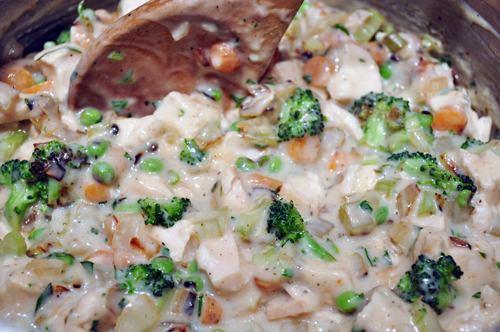 Stir it all together and throw in some minced tarragon… 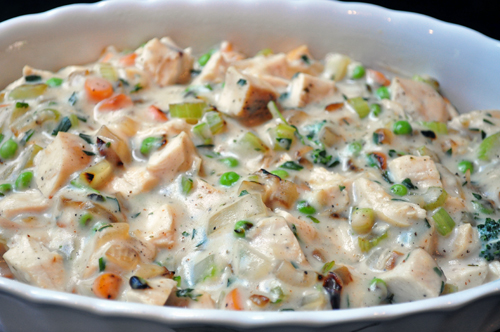 …then pour it into a casserole dish that you’ve buttered. 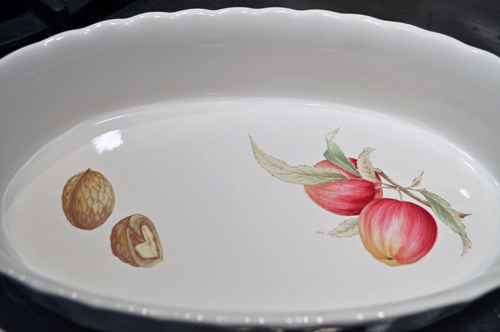 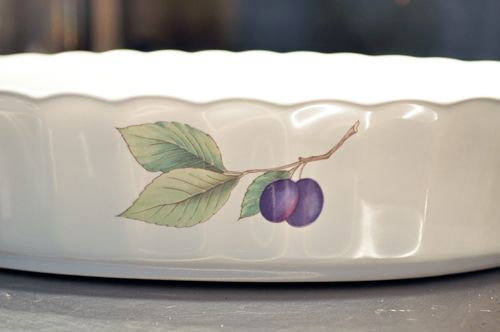 I love this dish. It’s as pretty on the inside as it is on the outside. I also never use this dish, so I feel good about picking it for my pot pie! 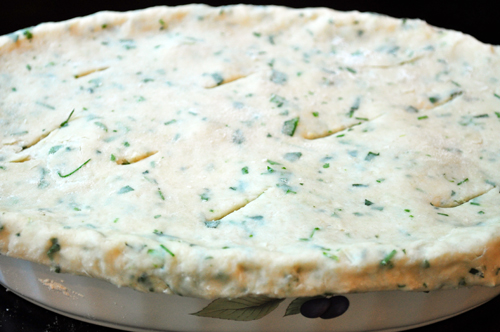 Make the Herbed Biscuit dough. You’ll only need about 1/4 – 1/3 of it to top the pot pie. Either cut the rest into biscuits and cook them, or freeze the dough (like I did) for another meal. Be sure to put a couple of vents in the crust with a knife for the steam to escape. 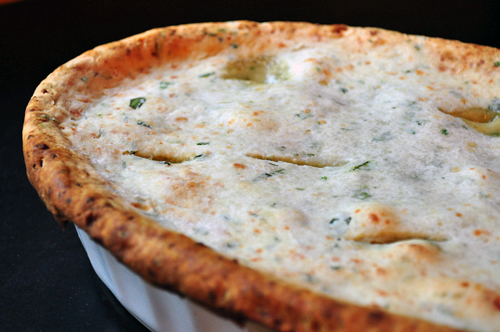 If you are baking everything right away, it should only take about 15-20 minutes to bake up nice and bubbly inside with a flaky biscuit topping. 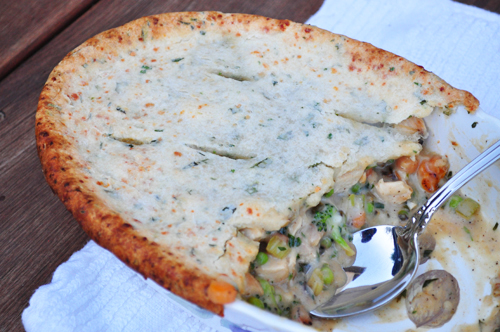 I had refrigerated mine from making earlier in the day so I kept having to add a few minutes. Truth be told, I should have baked this even longer as the crust on top wasn’t as cooked and flaky as I would have liked. See how the pieces of crust that fold over the edges are overly brown? Next time I’ll only put the crust inside the baking dish without any edges to hang over and burn.

Most importantly, though – I got my fix of chicken pot pie!