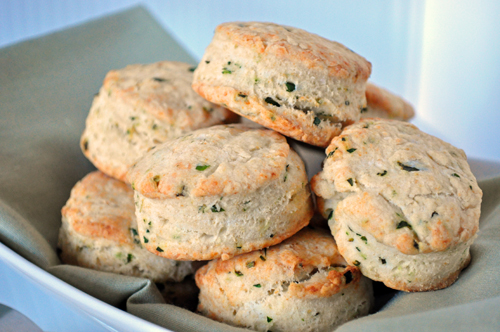 You know the saying, when life gives you lemons, well, when spring gives you herbs, it’s time to shake off the winter chill and do something fresh with them. 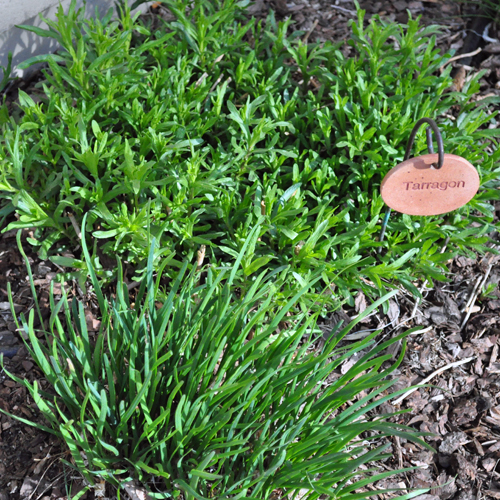 I’ve been wanting to make traditional rolled biscuits for some time, and the sight of my herbs pushing up through the garden like this inspired me. 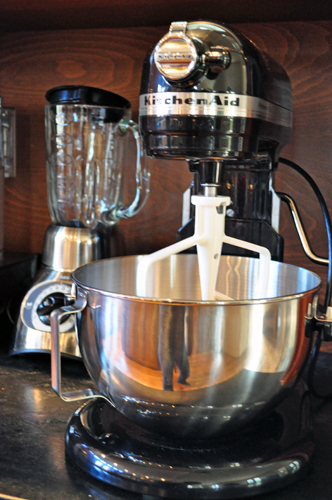 I also recently splurged on a new mixer, convincing myself that my budding chef daughter needed my old mixer and that justified the splurge on a new one for me. And I was itching to try it out. While some people make doughs in a food processor, I’m confident in my mixer technique so stick with that. 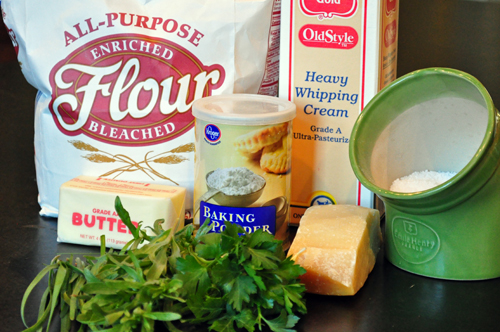 You can make these biscuits from start to hot out of the oven in about 30 minutes, so they are perfect for a weeknight dinner. The ingredient list is short and simple, and although I used the classic French herb combo of parsley, chives and tarragon, you really can use what you have. Dill would be delicious, but I didn’t have that growing in my garden this early in the season. 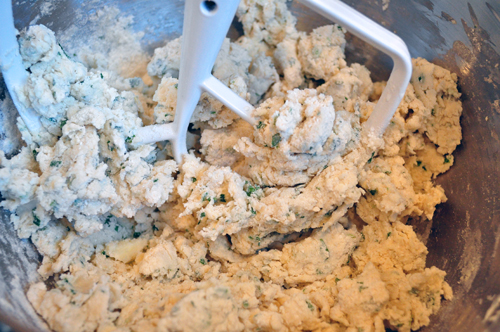 The process is similar to making my flaky tart crust dough, but you want to mix the herbs and cheese into the flour before you begin mixing in the butter. And don’t overmix – those small pea size pieces of butter that are left in your dough melt upon baking and release steam which is what creates the flaky layers of your herb biscuit. After the butter is cut in, add the half and half and mix just until it comes together barely. 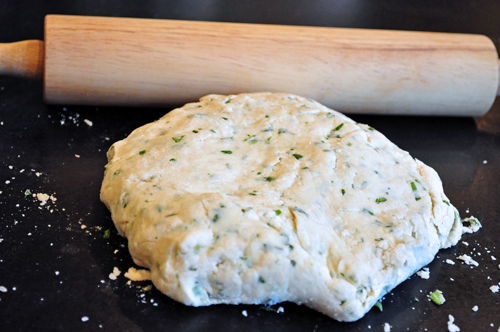 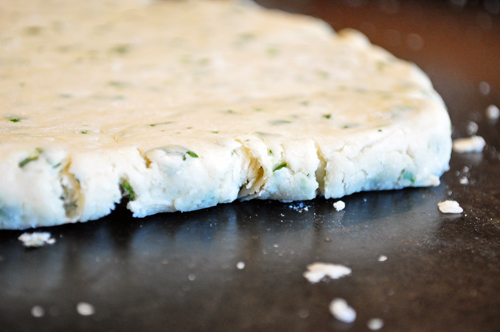 …before rolling it out to about 1/2 inch thickness. 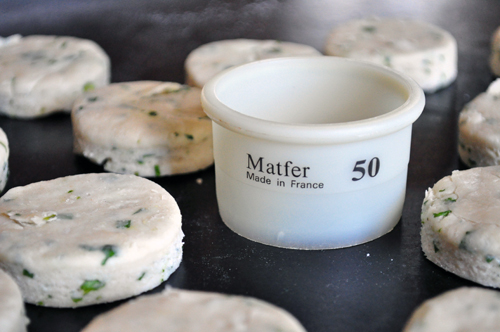 I have a set of these wonderful Matfer silicone cutters from France and I used a size 50 for these biscuits, which yields 24 nice small-ish biscuits. If you don’t have a biscuit or cookie cutter, use a small juice glass, but try to cut straight down instead of twisting to leave the edges clean so they rise and are flaky. 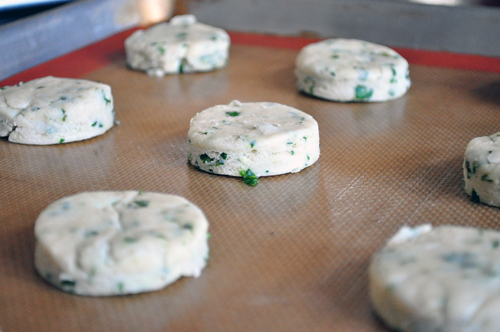 As you’ve seen from most of my baking posts, I pretty much bake everything on silicone baking mats. They’re well worth the investment because they produce great results and eliminate the need for parchment paper or foil lining. 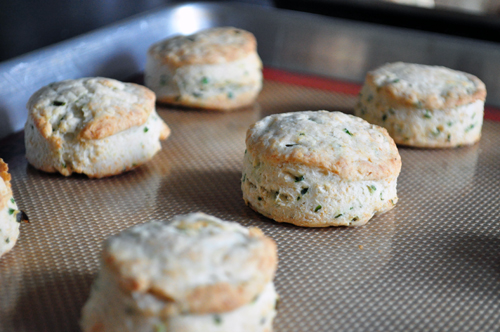 After just 12 minutes in the oven, the biscuits are browned and flaky. 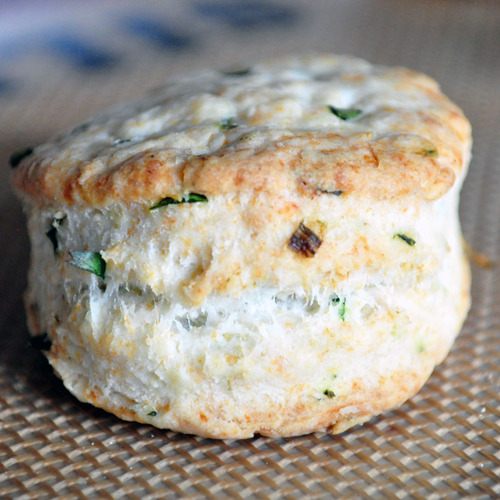 The aroma from the herbs and cheese was so inviting that despite my attempts to limit carbs, I ate three of these hot from the oven! 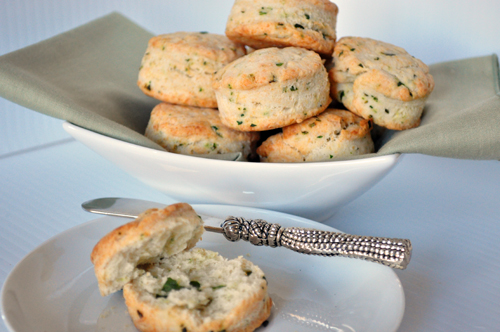 I started to photograph them thinking I would set butter out to slather on. 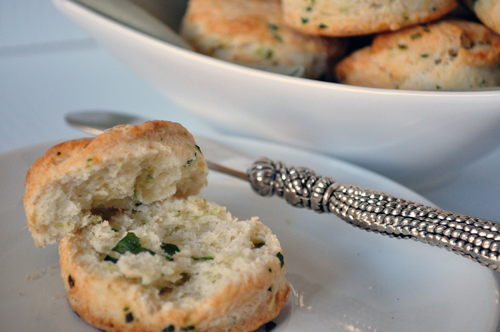 But they are so buttery already that you don’t really need to put anything on them to eat them. This recipe would also make a terrific topping for chicken pot pies, if you’re into them. Serve warm or freeze leftovers for another day!

4.0 from 1 reviews
Herbed Biscuits with Parmesan