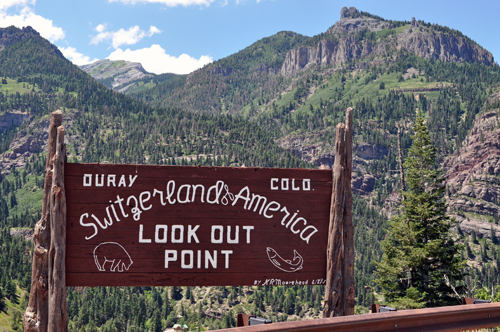 For our final leg of our roadtrip through southwest Colorado, we headed south from Ouray through the canyon. 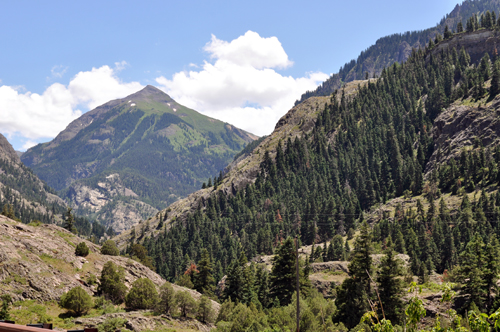 When you head south, it looks like you’re going to cut through this – looks easy enough, right? Well, it’s not. I’ve driven through winding roads in France, along the Amalfi Coast next to buses in Italy, and in big cities like New York. None of them were as nerve wracking as this drive! 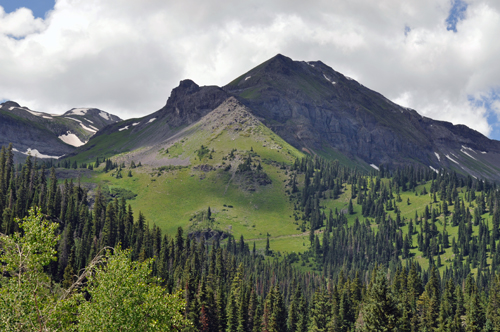 That’s because when you head south, you are on the outside edge, with what looks like a 6 inch shoulder, no guard rail, and a 500 foot drop down the side of the canyon. To add to my stress, since it was mid summer, an endless caravan of campers and trailers kept coming at me from the other direction. I didn’t take another photo until we made the 20 or so mile drive to the other side. 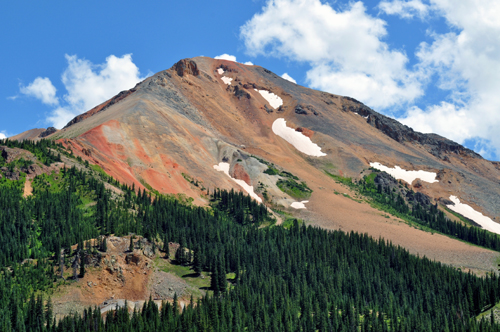 This part of Colorado is called the Million Dollar Highway, not because of the million dollar views, but because there was so much mineral wealth in the hills here. You pass over Red Mountain Pass on the way and can pull off to view the now abandoned mine. 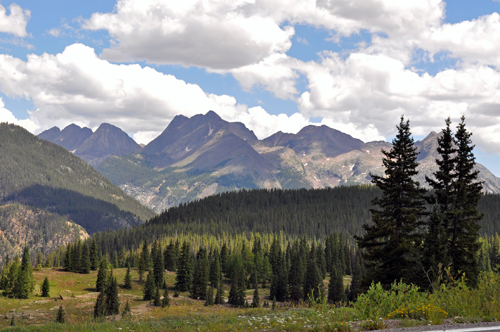 I don’t care much about mining, but the views are certainly spectacular along the way. 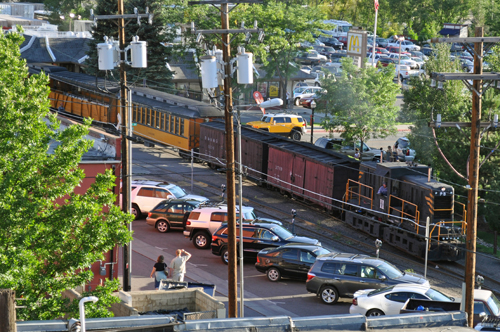 We made it into Durango, where it seems the most popular thing to do is to take the narrow guage train back through the mountains we had driven through to Silverton. Even if you only take the train one way, then ride the bus back, the adventure takes most of the day, so we passed on this, having seen so much beautiful mountain scenery on our drives. 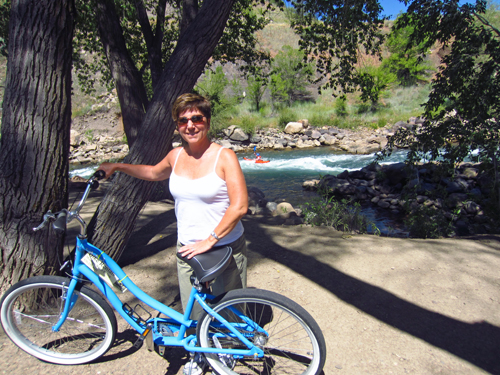 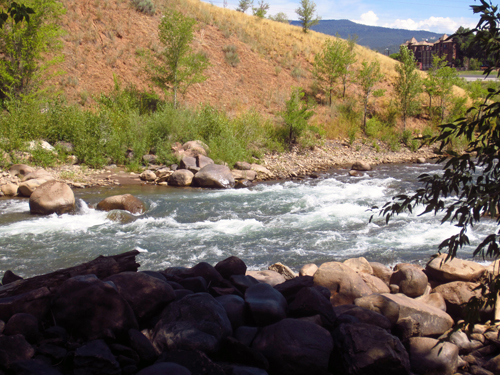 Instead, we opted to rent bikes and ride along the path next to the Animas River. I haven’t ridden a bike since I used to ride with my kids to get yogurt at TCBY – maybe 15 years ago? 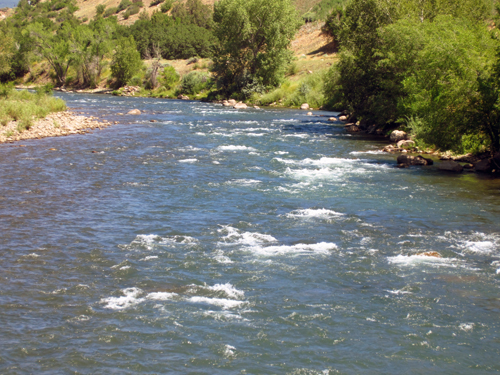 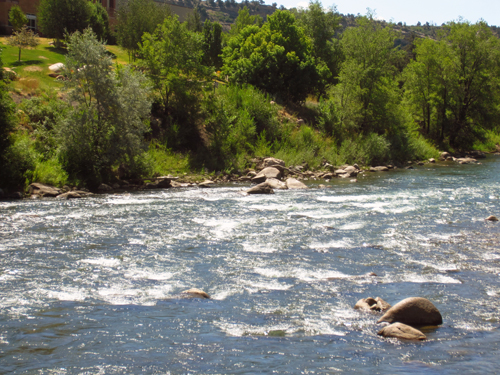 I wasn’t all that steady, it was 95 degrees in Durango (I had gotten used to the cool mountain air in our other stops), and the bike was really too big for me, so we ditched that after about an hour and had lunch along the river instead. 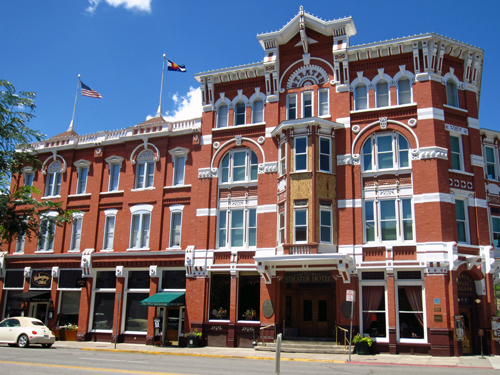 In Durango, we stayed at the historic Strater Hotel – it’s like something out of the wild west, with an old saloon and everything. 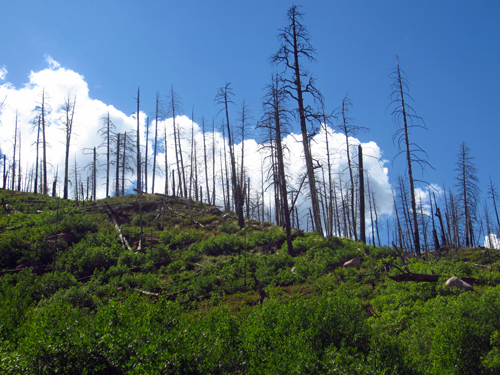 My husband has a thing about wanting to “go boating” – while I understand that it reminds him of his childhood growing up on Long Island, Colorado isn’t really the boating capital of the country. But to appease him, we took a drive outside Durango about 40 minutes to the Vallecito Reservoir. The MIssionary Ridge Fire of 2002 wiped out most of the large trees around big portions of the lake, and as you drive all the way around it, you’ll see carvings that were done from leftover tree trunks to commemorate the event. 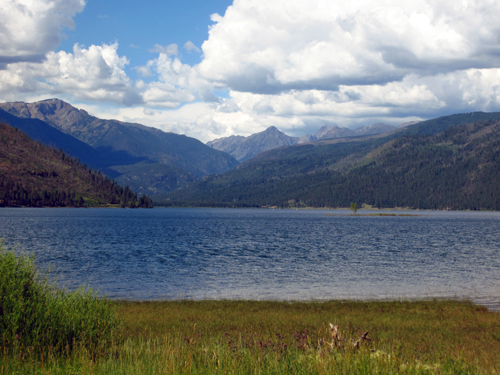 It’s still a pretty spot, but there isn’t much going on there other than camping. Very few boats were out on the water, and after circling the entire thing, we headed back to Durango to pack up for our drive back to Denver.