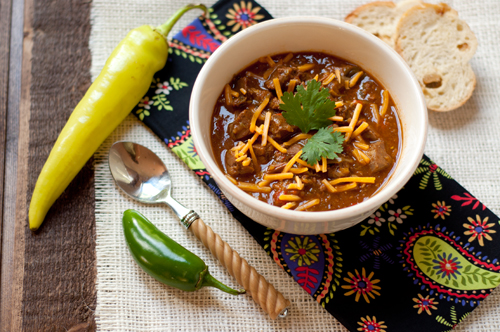 I have a small problem – I don’t ever throw food away. Faced with the zucchini harvest of the decade, I shredded them all, and now have over 30 pounds of shredded zucchini in my freezer. When an early frost hits and my tomatoes are all still green, I puree them and freeze them. 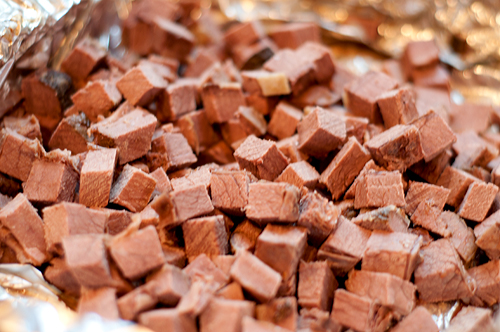 Last week I cooked a bison brisket – I put it in the oven to cook at 4pm – and at 10pm as I was going to bed, my husband had to remind me it was in there. So I just kept it wrapped in foil and refrigerated it to deal with the next day. Well, when I sliced into that thing, it was less than tender and certainly less than moist. Not wanting to just throw it out, I went to my fail safe backup plan: make a soup or stew of some sort. Simmering tough or dried out meat with moist ingredients and seasonings tenderizes it and brings it back to life. 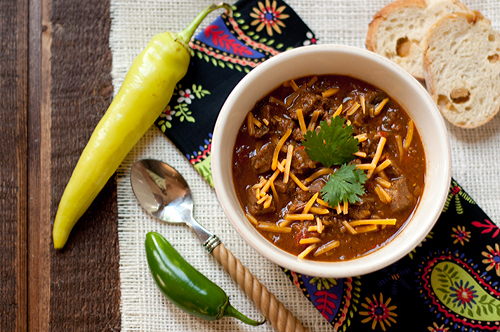 I’ve figured out that when making chili, it doesn’t much matter what you put into it vegetable-wise. It will all simmer down with the chili spices and meld together, making it a perfect place to use up shredded zucchini, which sort of melts into the sauce, and pureed green tomatoes, which give it a tomatillo kind of flavor. I had the chili for dinner – delicious -and now I only have one problem. I’m left with two quarts of chili I don’t want to throw out either, so back in the freezer they go. I’ll be happy to find them on a cold fall night soon!

5.0 from 1 reviews
Bison Chili with Zucchini and Green Tomatoes