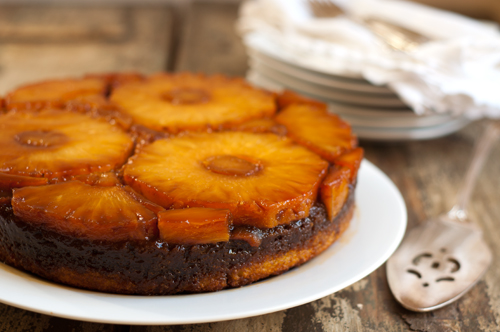 I catered an event recently where the meal was Asian themed – a ginger and lemongrass infused tomato soup (from my cookbook coming later this year!), soy and brown sugar glazed salmon, mixed greens with a ginger-honey-garlic vinaigrette, cilantro and coconut rice, and ginger-sesame glazed carrots – and I was in need of an Asian inspired dessert to accompany the meal. I found this recipe from Darlene Schmidt on about.com, and knew it would be perfect. 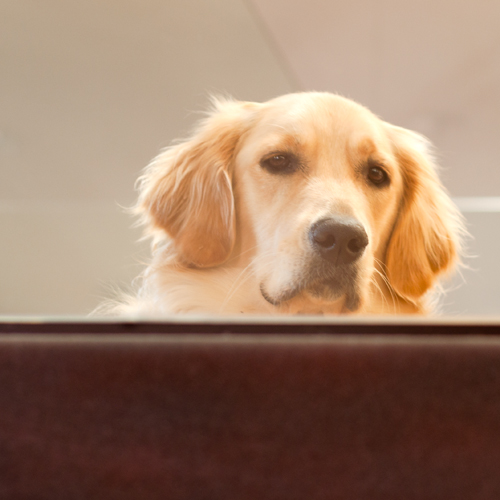 That’s my Ellie, who is now a year old, watching me cook from the landing above our kitchen. Such a sweetheart, but doesn’t she look skeptical about my ability to make a cake?
You probably know by now that the vast majority of recipes on this site are my own. And surely you know that I don’t do a lot of desserts on this blog – baking just isn’t my thing. So this is one of those rare times when I’ve only slightly adapted a recipe from someone else to post. Darlene’s recipe calls for mango in the topping as well, which would certainly be a traditional flavor in Thailand, but when I cut into my mango, it was completely black inside. I hate when that happens! So I just made my 100% pineapple instead. You’ll want to cut small pieces of pineapple to fill the holes where the core was on your pineapple and to fill in around the pineapple circles, so that you don’t have any gaps on top of your cake – you can see that in my photos. 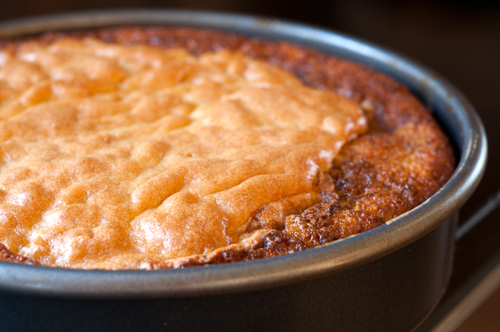 When you take the cake out of the oven, it will probably look ugly like this. Don’t worry, you’re going to be turning it upside down once it’s completely cooled so that side won’t show. 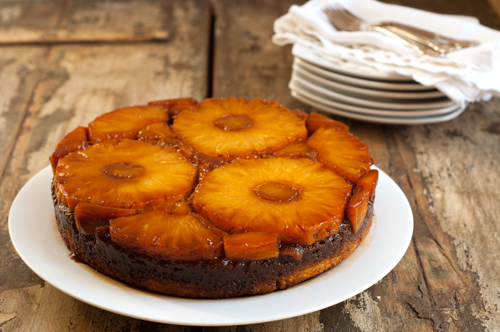 Instead, you’ll have this lovely caramelized pineapple topping that’s just begging to be cut into. The cake itself is a moist and decadent thing, and a little whipped cream would be good with it. Or how about a bit of Ginger Ice Cream?