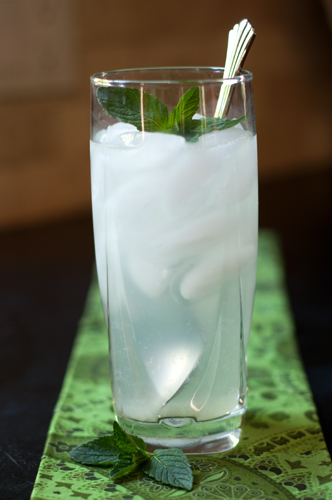 A couple of weeks ago the temperatures started soaring into the 90s here in Colorado. I’m not complaining, mind you – I’ll take that over winter snow any time. But it so happened I was helping my oldest son get ready to move, painting his old condo to put it on the market, and I was completely parched by the time I got home. Fortunately, I had planned ahead. 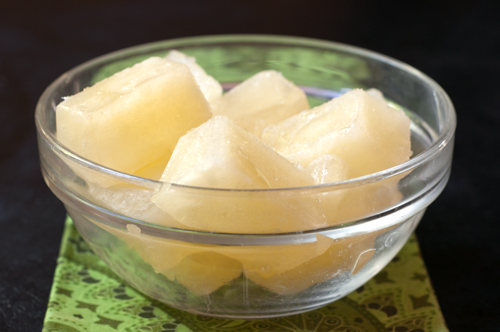 I much prefer fresh lemonade or limeade to anything that comes out of a can, bottle, or powdered packet. But I don’t always have citrus on hand when I want it. Or if I do, I discover those limes hiding in the refrigerator bottom drawer have gone bad. So I developed a summertime routine. I buy a whole bag of limes and lemons and devote a half hour to juicing them. You can use a fork, a citrus reamer, or an electric juicer (like the new Kitchen Aid attachment I got) – whatever you have on hand. Once you’ve juiced the whole bag of lemons or limes, strain out any seeds or solids and pour the juice into ice cube trays to freeze. When the juice is frozen, pop out the cubes and store in a plastic bag or covered container in the freezer. To make your summertime drink, thaw one cube, pour it over a tall glass of ice, add sweetener of your choice, stir and enjoy. So simple! And as a bonus you’ll have individual portions of lemon or lime juice on hand for any summertime recipes that call for it. Can you say Pico de Gallo?