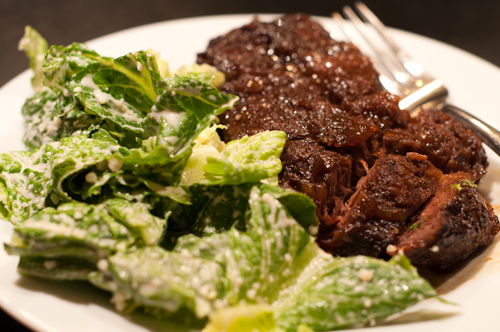 My friends at Sun Prairie Beef gave me several cuts of their wonderful grass-fed beef to work up recipes, and the other night I found some country ribs in the freezer. Country ribs are the meatier style of ribs, bigger than short ribs, and in my case they were boneless. I know that in the last year Korean cuisine has been a big food trend, so I decided to get on board and created this killer recipe. 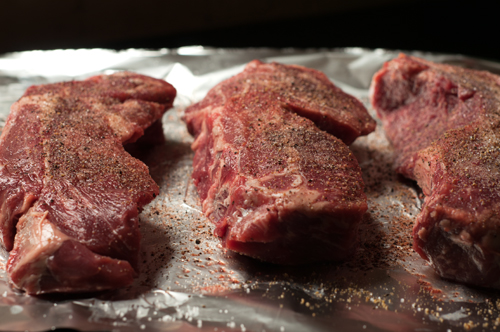 I always start out a braising or slow cooking recipe by first browning the meat. You can do it in a pot, turning it on every side, but that’s time consuming and splatters grease everywhere. Instead, season the ribs liberally with salt and pepper and roast in a high temp oven for 30 minutes. 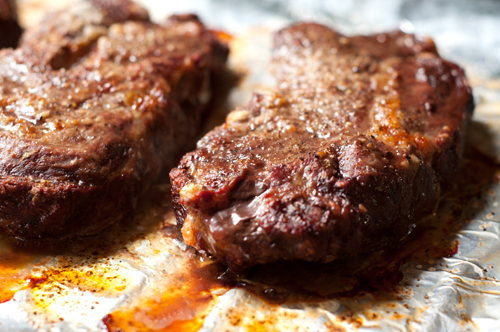 They’ll come out nicely browned like this, and you’ll be tempted to cut into them as they look cooked. But trust me, they are still tough and you need to follow through on the low and slow step after this. 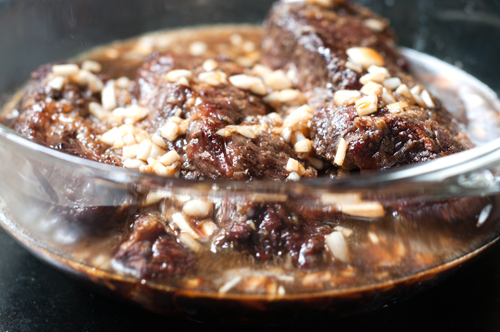 I created a braising liquid drawn from all of the Korean BBQ recipes I saw online, and covered the ribs with the liquid… 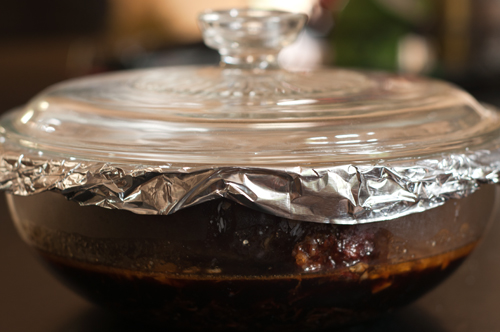 …then sealed the dish with foil and a heavy lid. You want a baking dish just large enough to hold everything so the ribs are braised in the liquid. A Dutch oven works great, but mine was too large, so I improvised with this Pyrex baking dish.

These ribs are actually very rich – neither my husband nor I could eat an entire one. If you’re looking for a great way to use the leftovers, shred the meat and add it, along with some of the braising liquid and a bit of butter, to some cooked pasta. Top with sliced green onions – it’s delicious!

Sun Prairie Beef is an advertising sponsor on this blog and provided me the meat to create this recipe. But I fell in love with their grass fed been long before we became business partners!