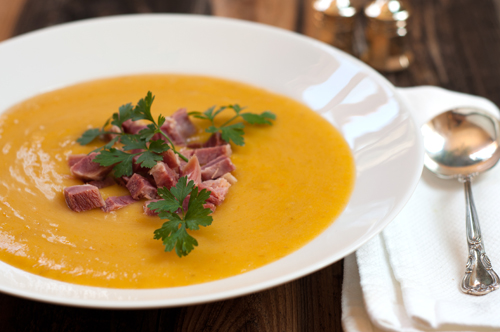 About six weeks after my knee replacement surgery this past summer, I opened my freezer and thanks to the overcrowded, unorganized situation in there, a 4 cup container of frozen chili fell from the top shelf, landing on my foot, badly bruising it and cracking one toe. That little incident, seemingly unrelated to cooking, set off a series of activities that resulted in this soup. 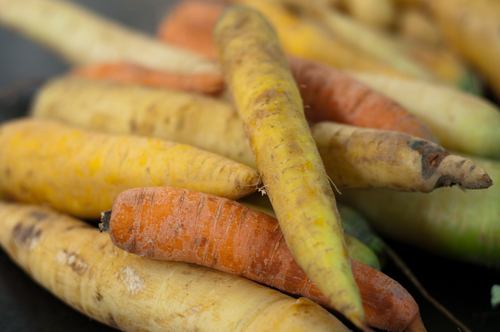 The most obvious, as you can guess, is that I cleaned out the freezer, and in the process found a ham hock I hadn’t used. You certainly don’t need to include that in this soup, and in fact, I felt the ham flavor was a bit overpowering (I don’t love ham, though). I moved on from the freezer to the crisper drawer of my fridge where I found an assortment of rainbow carrots from my CSA farm. Some were starting to rot, I had to throw out a few (which I hate!), so I pulled them all out to use up. 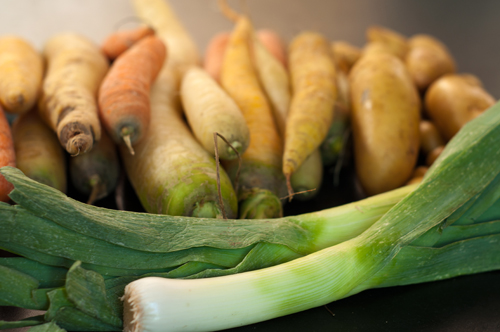 I also found a couple of leeks from the farm along with a smattering of fingerling potatoes, most too tiny to even serve as a regular meal. I figured the leeks would add a nice aromatic flavor and the potatoes would thicken the soup just a bit more. You can leave out the potatoes entirely if you like, and you could use an onion instead of the leeks – remember, creamy vegetable soups are the easiest and most versatile things around. 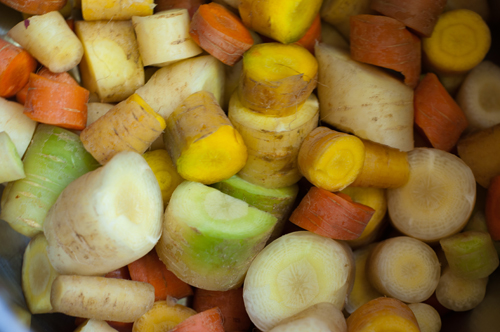 But those rainbow carrots – aren’t they lovely when all cut up together in the pot? If you use organic carrots (my CSA farm is organic) you don’t have to peel them which helps to retain extra nutrients – and of course, you save yourself a bunch of time in the kitchen too. 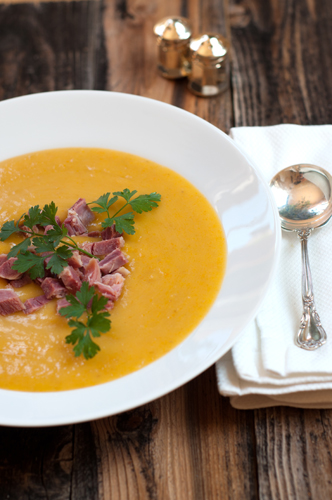 I used curry paste in this soup because I intend to submit it to The Soup Kitchen monthly event on The Spanish Wok blog. 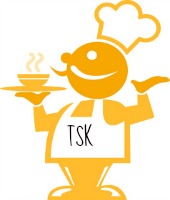 But you don’t need to if you’re not a curry fan. Make sure to have plenty of friends over to eat up your lovely soup, or make sure you have containers on hand to freeze any leftovers – won’t this be perfect on a chilly winter day?