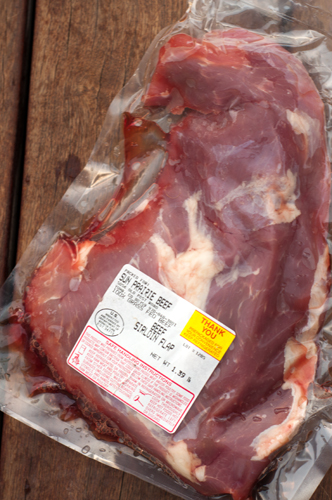 All too often we get stuck in a rut in the kitchen. And that’s not just the dishes we create, but the ingredients we source to create those dishes. Many have only ever seen beef in the grocery store where a limited number of cuts are sold (the rest is usually processed into ground meat). But lesser known cuts, like sirloin flap meat, are inexpensive and flavorful – you just have to know how to cook them properly. 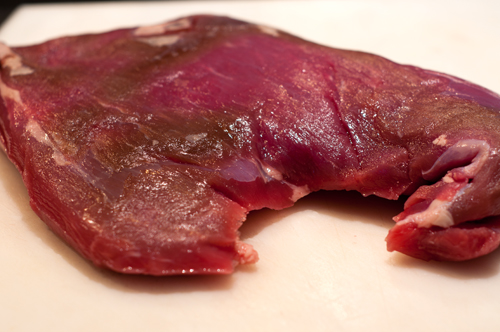 My friends at Sun Prairie Beef, ranchers who raise only 100% Colorado grass fed beef, are sponsors of my blog and kindly provided me with several cuts of meat so that I can share recipes and cooking strategies with you. You’ll see that the flap steak, which is cut from the bottom of the sirloin (you might hear it referred to as sirloin tip), is very lean and not highly marbled. Beef cuts like this (which includes many cuts of grass fed beef) do best when cooked quickly at high temperatures on the grill, and cooked no further than medium rare. 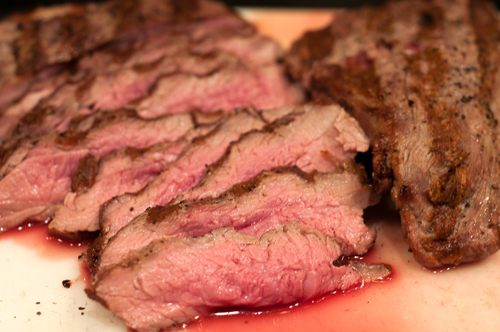 Not sure what we were actually going to do with the meat once it was cooked (just eat as a steak, inserted into tacos, used in carne asado, or topping a Caesar salad are just a few of the ideas I offered to my husband), I chose to season it with simply salt and pepper before searing it on the grill. As always, let your meat rest before cutting it. See those juices running out here? I was clearly in too big of a hurry to eat and sliced into it a bit too soon. And when you do serve it, slice it very thinly across the grain to yield tender slices of meat. Sirloin flap steak – 100% Colorado grass fed beef – now that’s what’s for dinner.