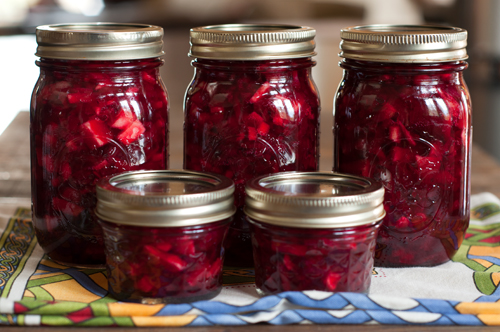 If you listen to my parents’ stories over the years, you would have thought I spent the first two years of my life spitting baby food beets all over the wallpapered kitchen walls in our tiny house in Bethlehem, PA. I’m not sure why they didn’t figure out that I hated them and to stop feeding them to me. But as an adult, something happened to me. 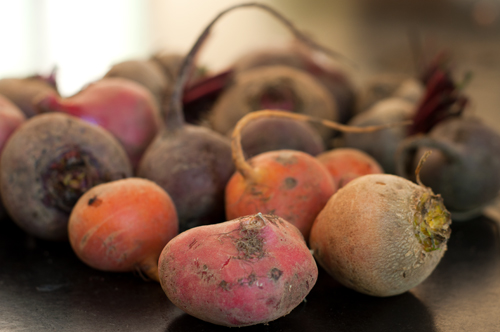 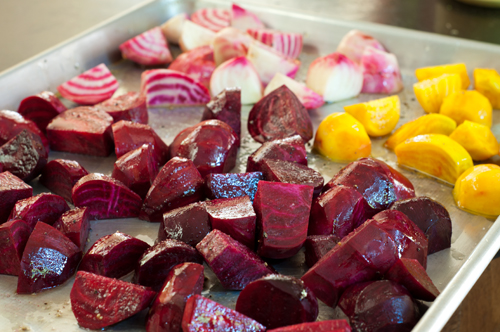 I discovered roasted beets. I still have a lot of people who tell me they hate beets, and I’m pretty sure what they hate is pickled beets (which I still don’t like). But when beets are roasted, they get sweet and caramelized and are irresistible (to me). 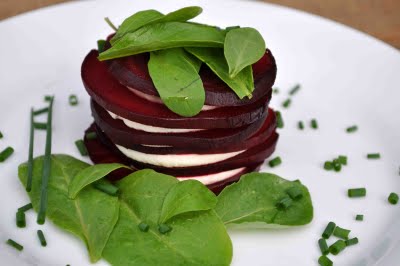 Last week I did an event where I served a version of this Beet and Goat Cheese Napoleon for the salad course. When I make the napoleons, I use a circular cookie cutter to cut the center out of whole roasted beets. When I do that, I’m left with alot of “scrap” cooked beets. And you know me – I hate to throw out food! 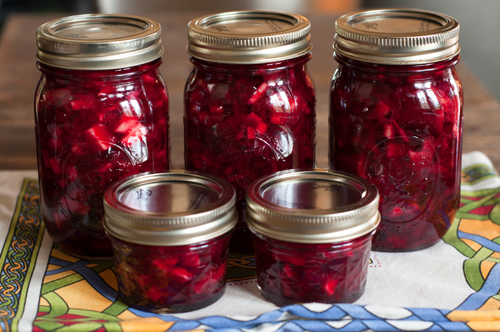 So after spending nearly 8 hours cleaning out my office this past weekend, I was quite thrilled to find a page torn from a magazine aboard some flight touting a beet relish from Martha Stewart. I modified the recipe just slightly – her recipe calls for 4 granny smith apples. I had only 3 gala apples, but I also had a pear that had been poached in red wine, so I used that up in the relish as well. Martha advises you can use the relish on a cracker with a dollop of sour cream or serve with smoked trout or cold chicken. I think it would be great with a little goat cheese on a crostini, so plan to serve that during the holidays.