The Kitchen Denver with My “Bad Ass” Chef Daughter 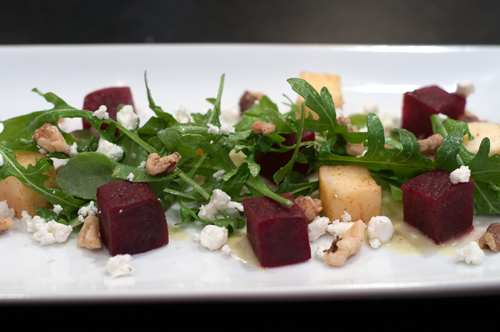 Let me just set the record straight – that’s not me calling my daughter, the culinary student, Jenny “bad ass”, that’s what her chef instructor called her via text message when he was explaining that he planned to call in any favors he needed to in order to land her an externship at a top notch Manhattan restaurant. But I must say I kind of agree. I mean, look at that salad above. While you can tell how pretty it is, you can’t taste how she created the perfect vinaigrette with a balance of sweetness and tartness to pair with the ingredients, or the way her subtle use of cinnamon on the apples added complexity to the fruit, or how her light handed touch with goat cheese provided just enough creaminess. I mean, the girl has some talent, if I do say so myself. 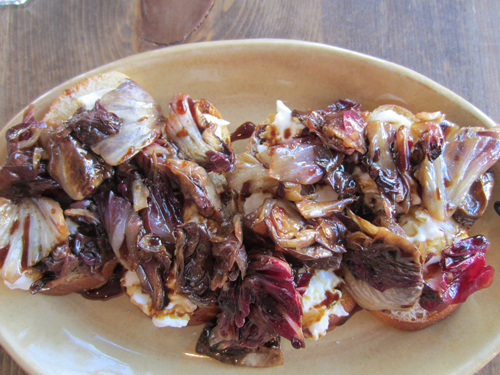 While she was home this past weekend preparing this dish (it was a test for her night as executive chef in culinary school – I’ll share her recipes after the dinner in February), we went for Sunday lunch at The Kitchen Denver. She works at The Kitchen Next Door in Boulder, so wanted to compare menus. We shared the burrata over crostini with sautÃ©ed radicchio – lovely pairing. 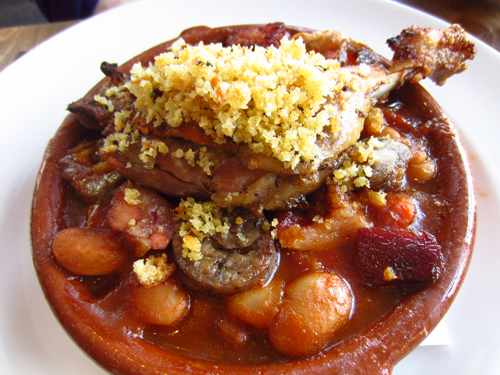 She had the cassoulet – best I’ve had outside of France. 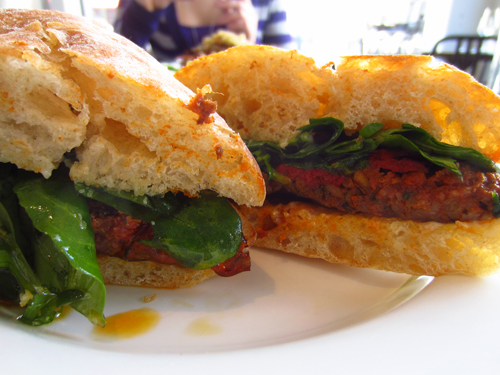 After they ran out of mussels (we were there kind of late in the shift on a Sunday, so not surprising), I ordered the lamb sausage (made in house) sandwich with arugula. Really flavorful. 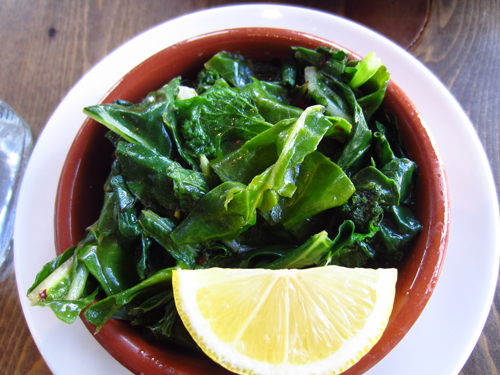 And at our server’s suggestion, we shared the garlic sautÃ©ed greens (kale and mustard greens). Jenny has taken a little heat from her chef for using too much oil in the greens, but I must say these were soaking in it. She took a picture to show her chef, but I’m not sure he’s going to let up on her. Seems he expects the same kind of perfection from her that she expects of herself!