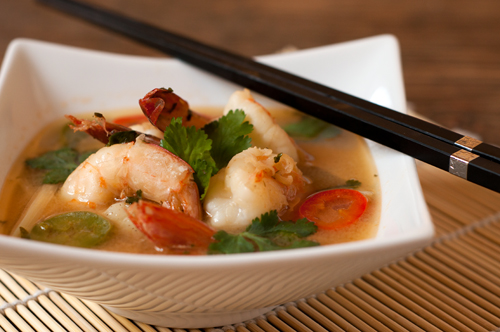 If you search for shrimp soup online, you’ll be amazed at everything that turns up – Asian soups (both with and without coconut milk in the broth) alongside Creole types of gumbos with shrimp. I had it in my mind to make a clear broth soup with shrimp (don’t ask me why, I don’t even really like shrimp that much!) so I mentally ingested the ideas I read before setting out to create my own recipe. I made one big mistake which caused me to have to throw the entire batch away, but luckily for you it’s a simple correction so you’ll be able to avoid my disaster! 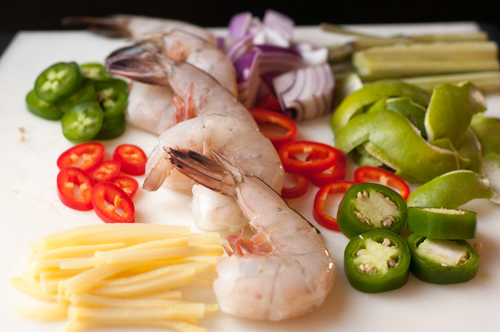 You’ll see in this photo a bunch of things. Everything on the right of the shrimp (the bigger pile of ingredients) are what I used to flavor the broth – red onion, jalapeÃ±os, fresno chiles, lime peel, lemongrass, and the peels from the shrimp. And the few things on the left – a few slivers of bamboo shoots, some thinly sliced chiles, the juice from the limes, and the shrimp themselves – are what I intended to add to the broth once it had been infused. 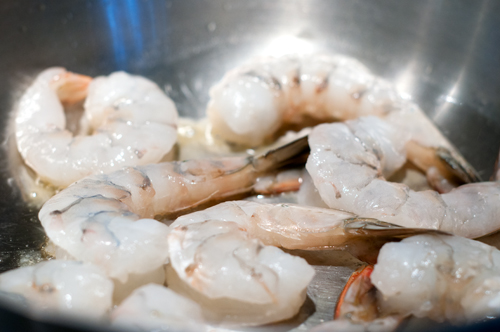 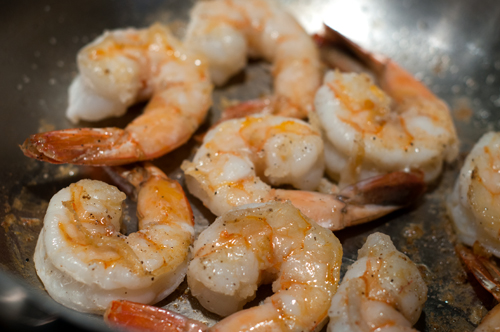 The first step is to simply season the shrimp with a little salt and pepper and sear them in a large saucepan or wok over very high heat in a little oil. Don’t worry about cooking them all the way through as you will simmer them in the broth at the end for a couple of minutes. Remove the shrimp and set aside. 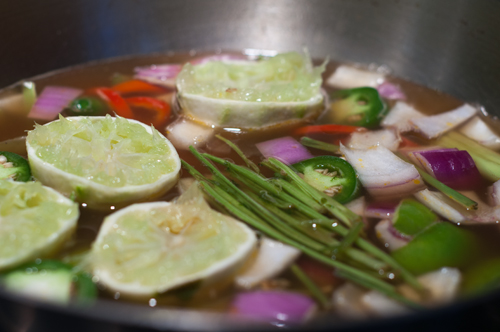 Into that same pan, add the stock and all of those flavor infusions. Now here is where I made a gross error – in my culinary style, sometimes I think that more is always better. I figured, why not throw the whole juiced limes into the broth to infuse that much more lime flavor? Well, the problem is the white pith, specifically, how bitter it is. If you are going to use a vegetable peeler to peel your limes for the broth, be sure you don’t get any white pith, just the green zest. Better yet, use a microplane zester so that you can control this better. And DO NOT add the juiced lemon carcasses to the broth or it will be so bitter (like mine was) that you can’t drink it. 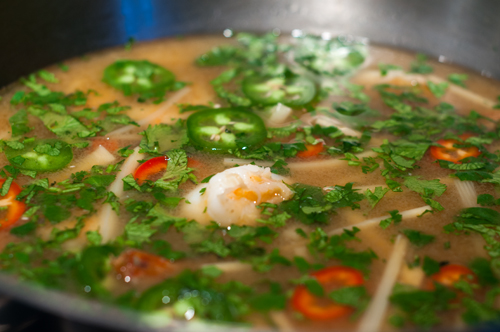 After the broth has been infused with flavor, you strain out and discard all of those solids. Return the broth to the pan once you’ve wiped it out, along with the semi-cooked shrimp, the bamboo shoots, lime juice, chiles and some chopped cilantro. Simmer for just a couple of minutes for things to heat through and then you are ready to serve. 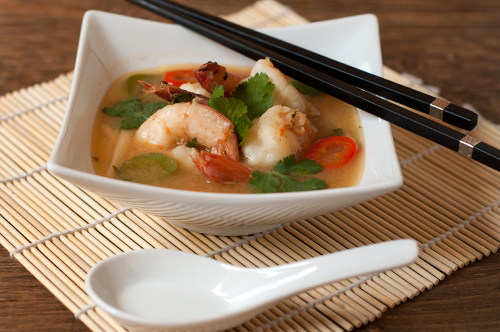 Season with ground red chile flakes until you get the level of heat you like. If you want a slightly sweet and sour taste, add a little honey or agave to the broth. In my efforts to correct the bitter taste, I did add a small can of coconut milk to see if it would balance out. While the broth was still too bitter, it did add a nice flavor and texture so if you like coconut milk, feel free to add some. Serve with Asian soup spoons and some chop sticks for fun!