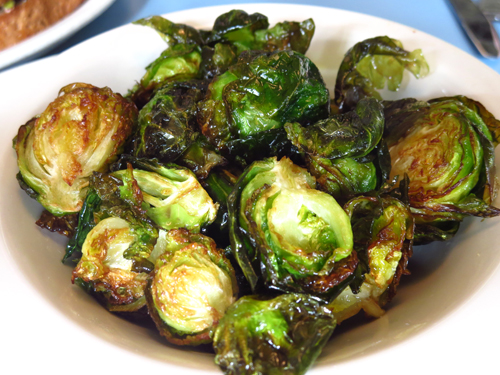 Back around New Year’s, I announced, via Facebook, that I’d like to get to a bunch of restaurants in Denver that have been “on my list” for some time. Besides being on everyone else’s “must dine at” list, there is a recipe in my Tasting Colorado cookbook that then Chef Matt Selby had created for a family meal in the early days of Stueben’s. With a few tweaks, the dish eventually made it’s way onto the menu at Vesta Dipping Grill. So I rounded up some friends and headed to Stueben’s for lunch today, starting with these decadent crispy fried brussels sprouts that they offer as a side. 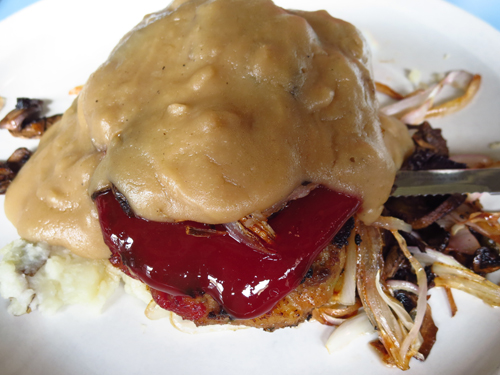 Steuben’s bills its cuisine as “American Regional Classics”, but that mattered little to me because as soon as I see meatloaf on a menu, it’s hard for me to focus on something else. This one was placed on top of mashed potatoes and some caramelized onions, then smeared with a BBQ-flavored ketchup, and finally smothered in mushroom gravy. For me, it was almost too much other stuff taking away from the really good meatloaf hiding underneath. But make no mistake, I ate almost all of that! 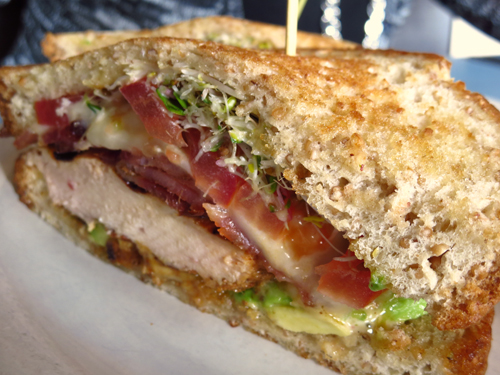 After seeing the entire table next to us order this dish, my friend had to try the blackened chicken club sandwich – it was huge, so she got to take half home – and she loved it. 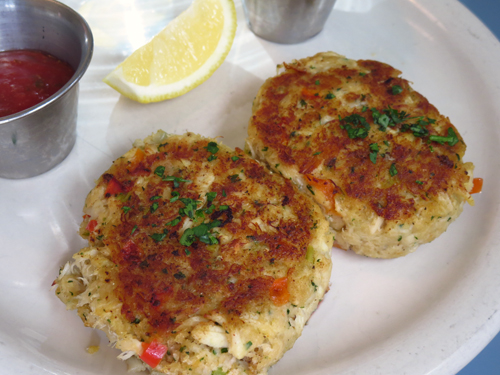 My other friend decided to dine a bit “lighter” and had the crab cake appetizer. There are two 3-ounce crab cakes on that appetizer portion, and she reported that they were nicely prepared, mostly crab and not too much bread filler. 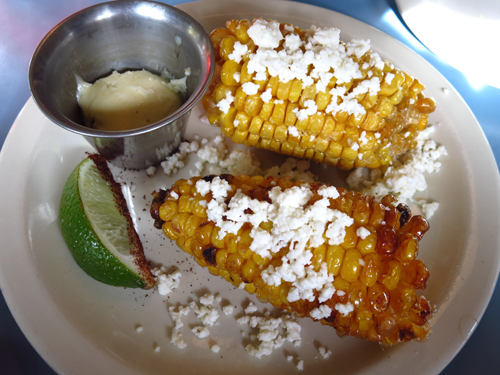 We also shared the fried corn with habanero butter which we were kind of divided over. I found it starchy and kind of bland, while one of my friends loved it. I guess I was too busy downing those brussels sprouts to really give the corn a chance! Stueben’s is a comfort food place, and the food is tasty and filling. It’s also crowded at lunch as they don’t take reservations for parties less than 6, so get there early to get a table.