Suppli: the Best Way to Use Leftover Risotto 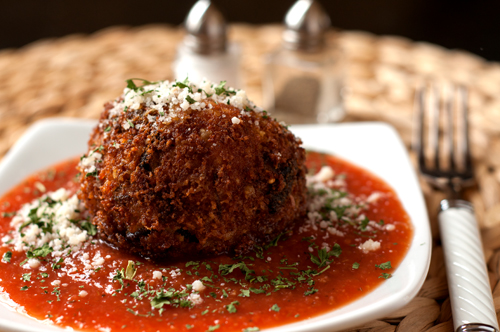 The Italians seem to have a brilliant idea for how to use any kind of leftovers. Day old bread becomes a panzanella salad. Bits of cheese are stirred into a creamy bÃ©chamel sauce. But one of my favorites is making suppli with leftover risotto. 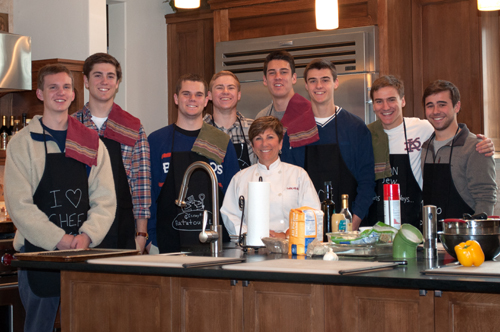 Let’s back up, to what started the chain of cooking that led to suppli to begin with. On Sunday I had taught 8 senior high school boys a cooking class. Their moms wanted to send them off to college with a few recipes they could easily make while away at school, and our lesson included roast chicken, a baked pasta dish, salad, and an apple crisp. Ever frugal in the kitchen, I used the chicken carcasses to make chicken stock after they left. After making chicken stock, there is a surprising amount of cooked chicken that can be picked from the bones. But it’s dried out once you remove it from the stock, so is better used in a chicken salad, soup, or other dish to bolster the flavor. The resulting stock was so rich that I knew I wanted to make risotto last night when my daughter, her boyfriend, and an old college friend were coming for dinner. 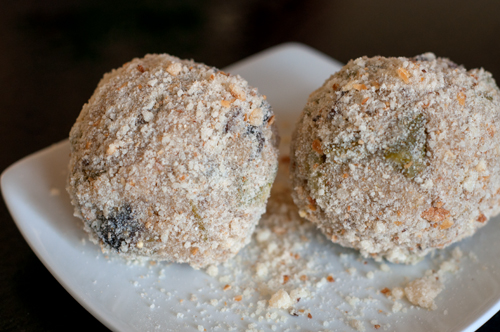 Well, we had some risotto left over (with caramelized mushrooms and asparagus), and you all know that becomes one gummy mess the next day. So I made large balls of the risotto, stuffed them with some of the shredded chicken I had saved from the stock project, and coated them in a mixture of bread crumbs and Parmesan cheese. 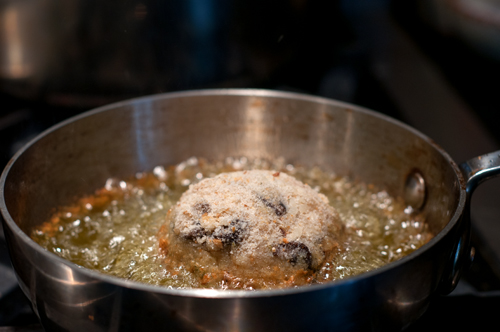 When frying something like this, I don’t like to use a large pan as it requires so much oil, so instead I used a very small saucepan just large enough to fry the suppli balls one at a time. You only need the oil to come half way up as you flip them when they are brown on the first side… 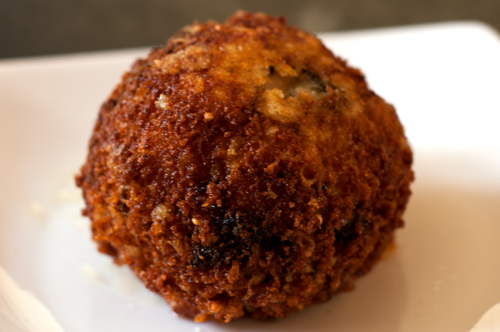 â€¦and end up with a nice warm crunchy treat like this.

I had some marinara sauce left from making the baked pasta dish with the boys, and had this for lunch after I shot the photo of it. Yummy, and just rich enough to feel like I had treated myself to something special. The next time you have leftover risotto, give this a try. You can stuff the center with a small piece of cheese as well, or just fry up the risotto alone. I promise you’ll love them!