Cookbook Giveaway: 101 Things To Do With a Pickle 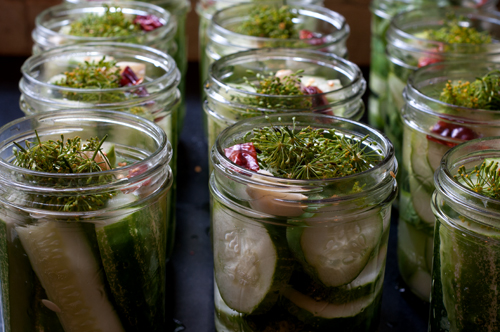 There all sorts of cookbooks in the world – everything from glossy, full color books like my two cookbooks to tiny books that are almost like recipe cards. The “101 Things” series of cookbooks fall somewhere in between. They aren’t fancy by any means, but they are inexpensive ($9.99) and packed with lots of – well 101 to be exact – recipes on a theme. Eliza Cross (who wrote the foreword to my first cookbook) is the author of 101 Things To Do With Bacon, and I had no trouble envisioning the recipes she would create for that book. But when she told me her second in the series for this publisher was to be about pickles, I was left kind of stumped. Fortunately, she wasn’t! 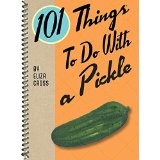 The book is divided into 7 chapters covering all of the basics for Homemade Pickles, Relishes & Sauces; Appetizers & Snacks; Soups & Salads; Sandwiches; Side Dishes & Breads: Dinners; and Desserts. Desserts you ask? Why yes! Cupcakes, ice cream, pie, and a cake. It’s a fun book and makes a fun stocking stuffer. You can order it online here – or for one lucky reader who tells me their favorite way to eat pickles below, I’ll mail you a free copy of the book (US addresses only please).

Since I’m eating and drinking my way through Burgundy and Paris as you read this, I’ll leave comments open until I return, and will pick a winner on October 28th. Good luck!