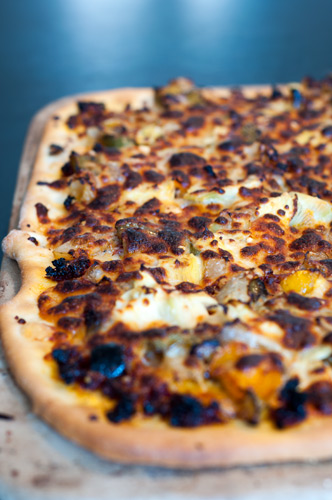 (Oops! Left that pizza in the oven a little too long and burned the toppings a bit!)
You might recall my last attempt with making pizza crust – while the dough tasted delicious, I wasn’t thrilled with the texture. I’ve read quite a bit about “00 flour”, which is a very finely ground flour that is high in protein, and is the choice of Italian pizza makers around the world. 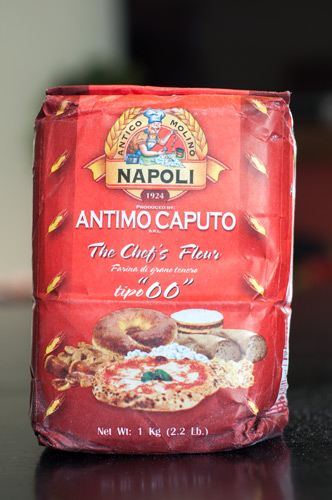 It’s not easy to find the specific brand favored by so many – Antimo Caputo – but thanks to the internet, you can order it online. 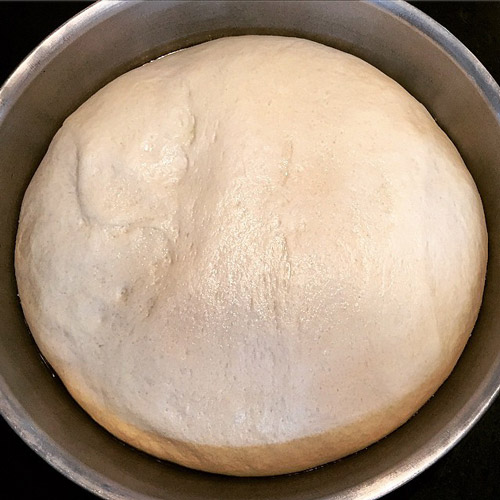 Pizza recipes are pretty much all the same – flour, salt, yeast, water, and some extra virgin olive oil. But it’s surprising to me how different the proportions are from chef to chef. In the end, I made up my own ratios, and I was quite pleased with the results. I like a very thin crust, so rolled out 1 ball of the dough into a large (to fit a 12 x 14 rectangular pizza stone), very thin, crust. I sized this recipe to use one full bag of the Antimo Caputo flour, so it makes enough dough for 6 pizzas. The next time I make one, I’m going to experiment with a thicker crusted, smaller pizza. 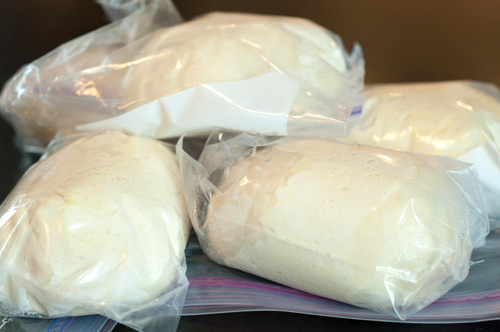 I recommend cutting the dough into 6 dough balls after it has risen, rubbing them with some olive oil, and then placing them in ziplock bags to freeze. You can thaw the dough in the refrigerator overnight when you are ready to use it, and then let it rest at room temperature for 30-60 minutes before rolling it out for pizza.