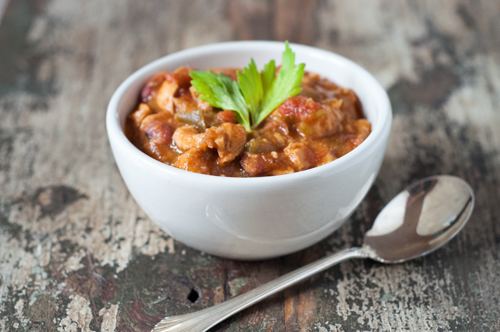 I love a nice bowl of chili on a cold winter day. I usually make the pork green chile posole that’s in my Tasting Colorado cookbook. But sometimes I want something a bit lighter. I also happened to have a bunch of cooked chicken breasts leftover from an event that I didn’t want to waste, so this seemed like a good plan. 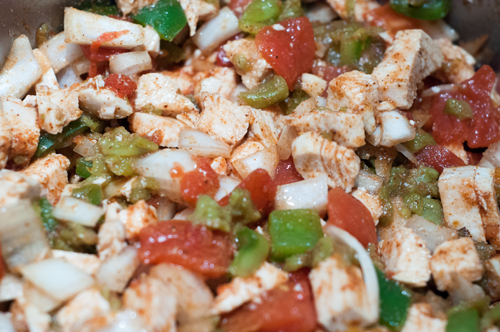 To me one of the greatest things about making chili is that you put all of this stuff into a pot, and after it simmers for a couple of hours it miraculously comes together into a succulent stew. I often throw whatever leftover vegetables I have laying around into the pot so in this version I’ve included diced bell peppers along with the chile peppers. You can also add celery, mushrooms, or fresh tomatoes. Don’t be tempted to cut this down to make a smaller batch – you’ll want to pour this into single or family size containers to freeze for the next time you want to pull out something belly warming in a hurry. Serve it with a simple green salad and some crusty bread and you’ll be happy, I promise. 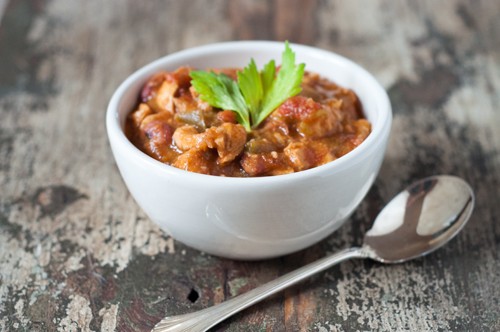