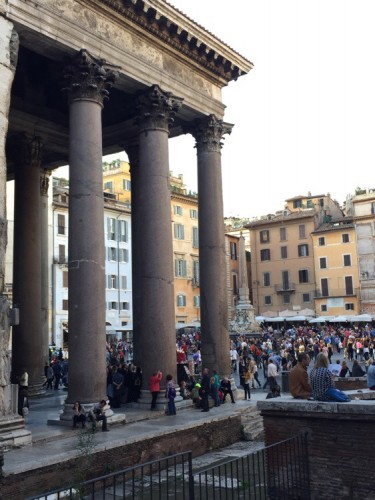 The travel day: that day that stands between me and my long awaited month in Italy. I consider myself a travel pro, and I don’t get ruffled very much traveling. I blog about how to pack light, I arrange trips for others, and I travel often. Yet this first day of at trip, the travel day, always seems to throw me a couple of curveballs. 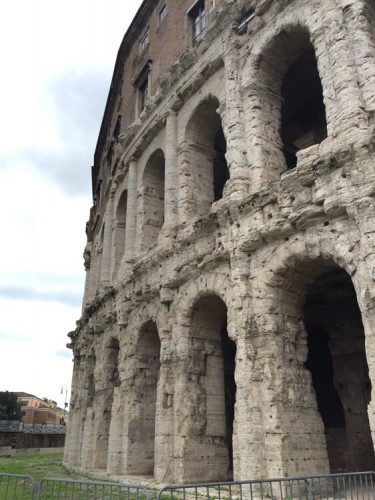 It might give you some perspective on my state of mind if I first share a bit about what actually happened leading up to my trip. My son was married on Saturday, family departed throughout Sunday, and then I spent Monday morning helping my son close on a new house, doing piles of laundry, returning tux rentals, posting wedding pics on Facebook, fielding calls of congratulations, and finishing packing. I even managed to fit in a quick walk with my dogs before calling for a car, thinking a bit smugly that I was quite organized and on top of this travel thing. 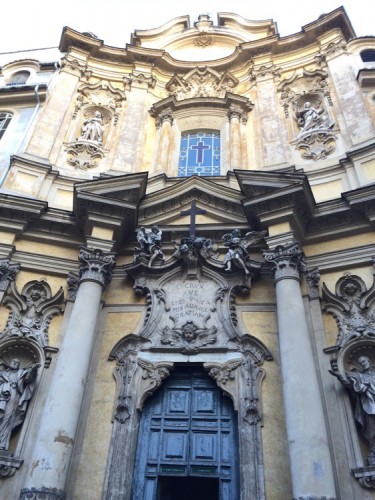 Seeing no need to splurge on a black car, I called for a cheaper UberX. Yes, it gets you there for sure, but I have observed that the drivers are a rather interesting lot. My driver was a young man who looked like he was in high school, sported big Jackie O sunglasses, wore “diamond” earrings, had fingernails longer than any of my girlfriends, and insisted on driving his stick shift sports car like we were in some sort of road race. I thought to myself that this might actually prepare me for driving in Italy, so I tried to relax and make polite conversation with him. 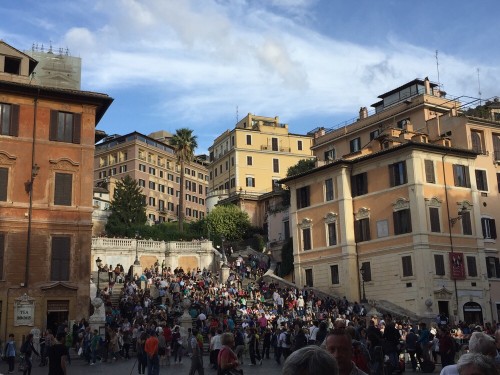 At the airport, I went straight to the front of the security line, thanks to a complimentary business class upgrade from Lufthansa. But once there I found myself marveling at just how belligerent the man in front of me was acting. When asked if anyone had given him anything for his bag he replied, “not yet”, then went on to say there was no way he could tell what was going to happen for the rest of the day. He did all of this while staring straight ahead and refusing to make eye contact with the security agent. I, personally, don’t think it’s ever a good idea to mess with TSA – did this guy not remember Ben Stiller getting thrown off the plane for saying “bomb” repeatedly in Meet the Fockers? 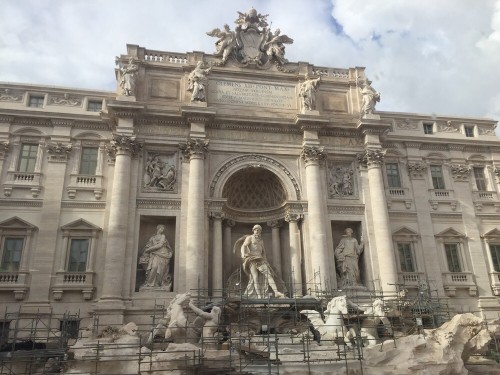 With the flight delayed for 30 minutes, I decided to head to the next terminal to settle down in the business class lounge, where I could enjoy the free hummus and veggies and other perks of my Lufthansa upgrade. But with only a 90 minute connection in Frankfurt, I spent most of that time worrying about catching my connecting flight to Rome, and actually left the lounge early, somehow hoping the flight would take off sooner than anticipated. It didn’t, and the wheels weren’t up until over an hour past our scheduled departure. 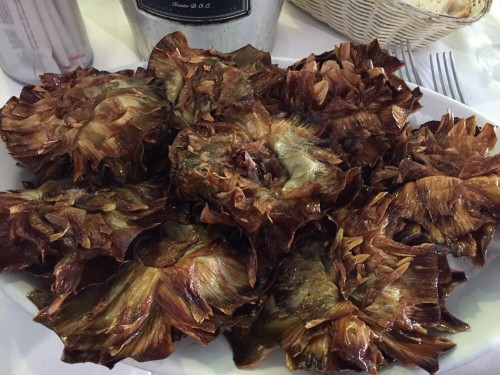 Despite having that lovely business class seat on the plane, I felt out of sync as I settled in. A glass of champagne helped, but then when I tried to watch one of the movies I had downloaded, I discovered I had not properly synced them from my computer, and none of them could be viewed. My overhead light was also not functioning, and I just couldn’t get comfortable. I chalked that all up to exhaustion from planning and executing a big wedding, so I tried to just enjoy the meal while watching one of the movies from the inflight selection. 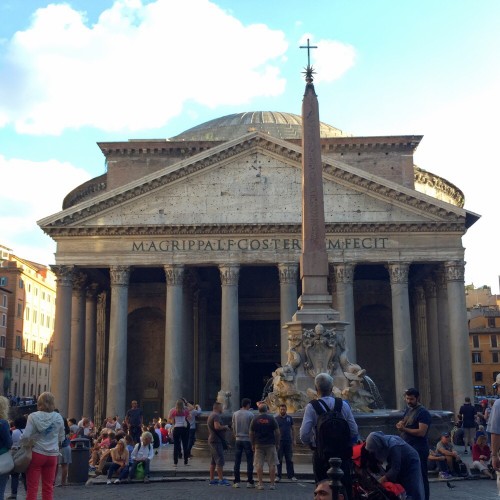 The new lie flat beds on long haul flights today are such an improvement, but for some odd reason I was feeling weird about reclining my seat to sleep next to a strange man, and so I was feeling agitated and had difficulty falling asleep. As I wrestled with the tiny airline blanket, I thought to myself that after all the emotion of watching my son get married, and the lack of sleep leading up to that event, it might actually take me a few days to rid myself of some adrenaline in order to simply relax. Yet despite my new knee aching (perhaps from all of the dancing at the wedding?) and considerable difficulty finding a comfortable position in the seat, I somehow managed to sleep sporadically for a few hours. 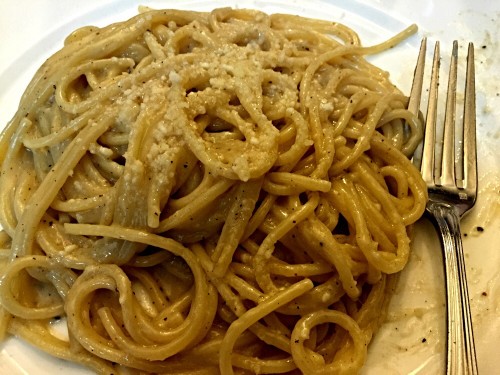 I woke up just 45 minutes before landing, and realizing I had missed breakfast service, decided to just freshen up a bit. But as I searched for my toiletries it dawned on me that all of the people fumbling with things at security, including the belligerent man, had distracted me and caused me to forget to retrieve my carry on liquids and gels from security in Denver. So instead of washing my face as planned, I spent the final bit of the flight trying to recall exactly what was in that quart sized bag, piecing together a plan for how I would replace items, and silently thanking Lufthansa for the business class amenities that included a tiny tube of toothpaste and a toothbrush. 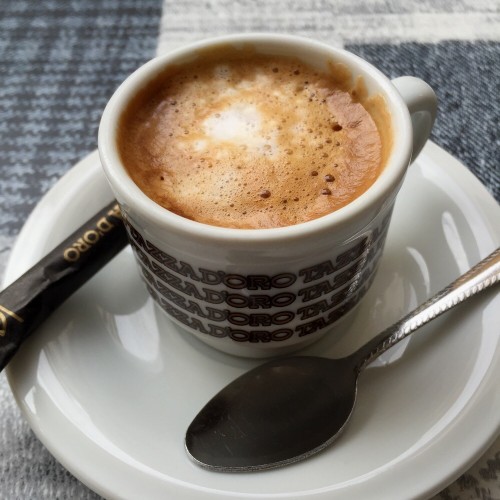 Although the pilot had made up the time in the air and we landed ahead of our scheduled arrival time, Frankfurt airport is huge and confusing. And if your connection is anything less than 2 hours like mine was, it’s completely intimidating. It seems like planes land out in a field, far from the airport, part of some grand German airport traffic engineering plan. Then absent a jetway, passengers must walk down the unsteady stairs of the plane (not easy if, like me, you have a new and still not fully recovered knee plus a carryon suitcase and large tote), and then climb onto a bus. The bus then drives you to the terminal – not at all a short ride – where you enter the building to clear passport control and customs, and then go back through security again. And for the record, security scanning in Germany is a very precise process that they insist you follow, well, precisely – everything in a bin of its own, all devices out, jackets off, tickets stowed – before entering the body scanner. 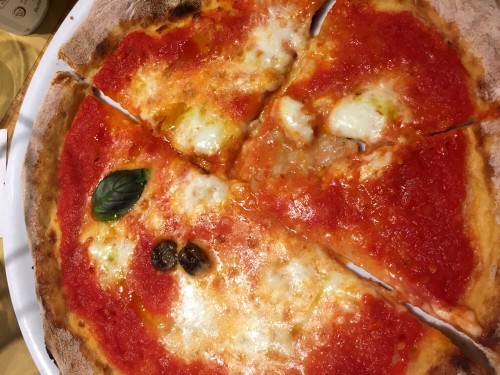 With two artificial knees I fully expect scanners in any country to require some sort of pat down or investigation. In China that was a full body experience that I will never forget. But on this trip, for some reason the scanner showed that my entire chest was metal. Even the agents seemed confused, but after a quick check around my bra line, they seemed convinced I posed no threat and I was finally released to go to my gate. 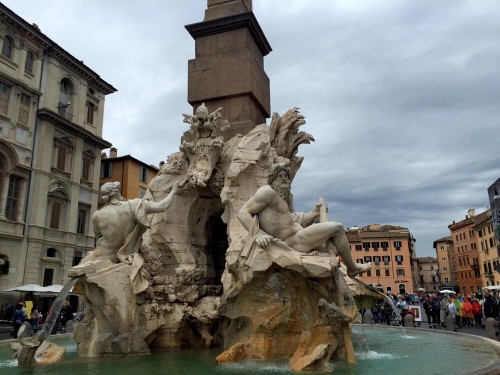 Do you know how big Frankfurt airport is? Do you know how hard it is to get through that place? I made it to the gate just as a few stragglers were still boarding. But of course that just meant going down the stairs (big thanks to the young British girl who just swooped my bag up to carry it down for me) and getting back on another bus that would take us back out to the far fields where we landed. The only reassuring thing about this process is that you know once Lufthansa has you on their bus, you are guaranteed the flight isn’t leaving until you get there. Good thing, as that was nearly 30 minutes later, and of course included another climb back up the stairs with my luggage. 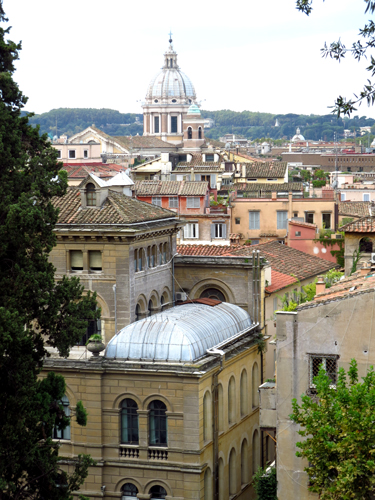 Like the woman behind me, who happened to also be from Denver, said, “Not to worry about all of this because in 2 hours we will be in Rome!” I smiled. That’s the attitude I try to hold onto when traveling: just roll with it. 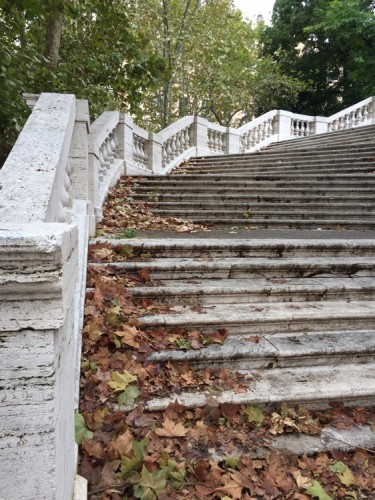 A second connecting flight after flying a red eye is always hard. In my experience, by this point I am usually tired, my appetite is out of whack, and I am anxious to just reach my destination. As we sat on the runway waiting for clearance, I snuck in a short cat nap, not wanting to sleep too much for fear of exacerbating the jet lag problem. When offered, I happily accepted a sandwich from the flight attendant, thinking I had eaten hardly anything in the last 10 hours. Although it was rather gross, with soggy bread and too many weird things shoved together to enjoy, I had nothing in my stomach and so I soldiered on, gingerly picking out the few small pieces of chicken, and then chasing the whole thing with my first cup of coffee for the day. 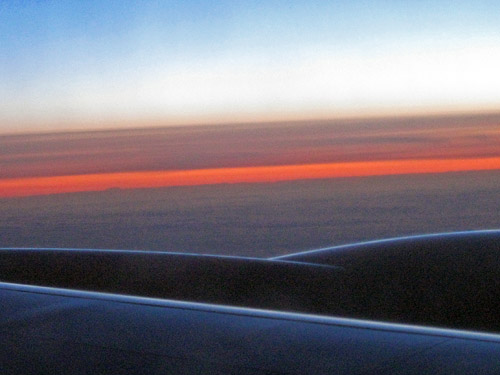 And then, a full 16 hours after leaving my house, we finally touched down in Rome. I am sure it’s not surprising that I was one of the first ones out of my seat and ready to debark the plane, shifting in place as I waited for the jetway team to get it together and open the door. Almost there, I thought to myself. 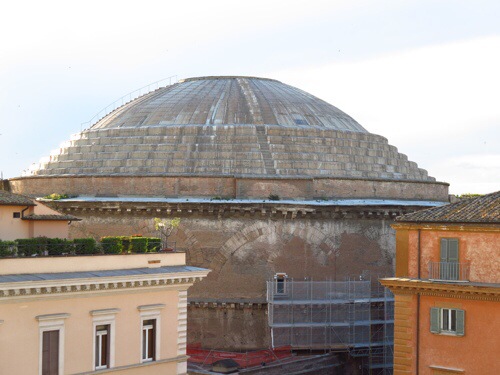 Walking out of the jetway into the airport I was struck by the lack of cigarette smoke. It’s certainly not that I wish for those days again, but on my first trips abroad years ago, walking out into a smoke-filled airport somehow signaled that I was no longer in health conscious Colorado. Almost there.

I don’t usually fly through Frankfurt to Rome, so I was a bit turned around arriving in the EU terminal instead of the other international terminal. Without passport control and with a much longer facility to traverse, I exited the secure area in a daze, missing my usual landmarks and looking for an ATM to withdraw some euros. Almost there. 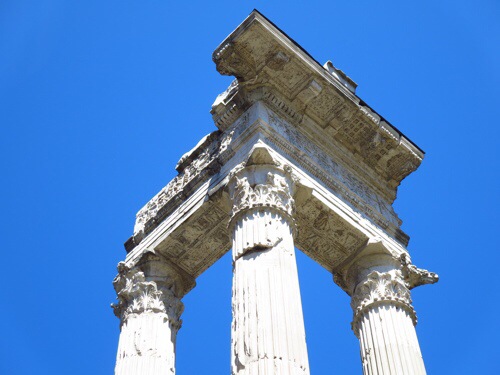 Outside I made my way to the front of the taxi line, watching with amusement at the new taxi gate control system at Fiumicino that requires a human to intervene and raise the gate for every exiting taxi. Almost there. 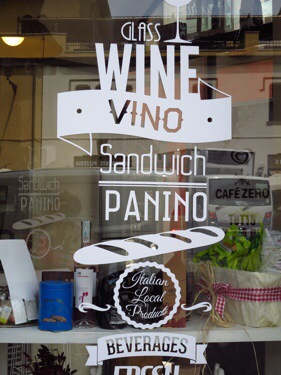 I had made up my mind that this will be the trip I really start speaking Italian, and so I began, thrilled that the taxi driver not only understood my directions, but that he also understood my question about where to buy supplies to replace the things I left at security – and more importantly, that I completely understood his answer. Almost there. 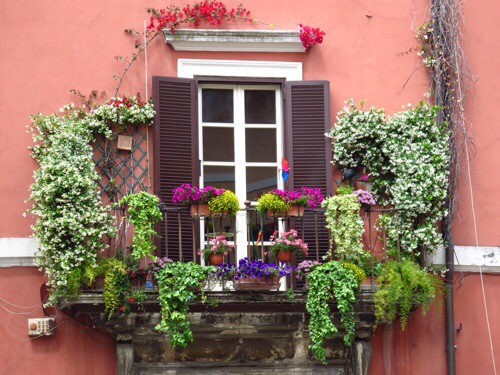 The ride from the airport took me through Trastevere, a different route than most trips in the past, and I found myself glancing around furtively for any landmarks I recognized. Then I saw the river and the synagogue, and knew that I was near the Jewish ghetto, which is also very near my hotel. Almost there. 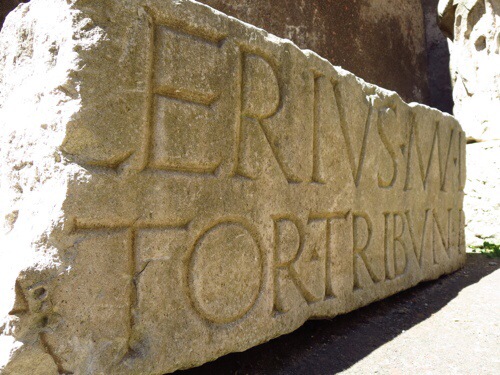 The taxi driver looped around the one way streets, crowded at this time of day, and we arrived at Via Santa Chiara 21, just behind the Pantheon. I paid the fare quickly, throwing in a modest tip even though I know it’s not expected in Italy, and slipped inside Albergo Santa Chiara. I was greeted with a smile and a buona sera from the desk clerk who handed me my key without even introducing myself, one of the many benefits of bringing guests to this hotel every year. I in that instant, I finally felt relaxed. I am here. The travel day is over!