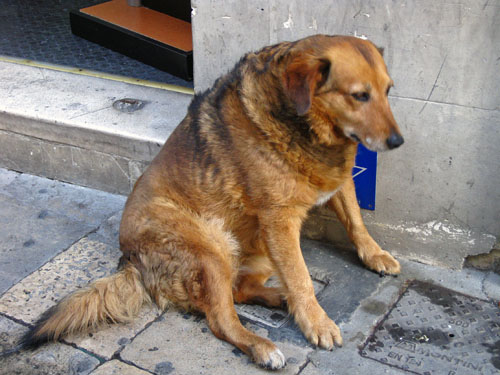 Friday began in typical fashion, meeting for coffee greeted by Nina, the town dog, outside of Antonioâ€™s bar. Sheâ€™s the sweetest thing, and Silvestro tells us that she doesnâ€™t really want to be taken in (several have tried). 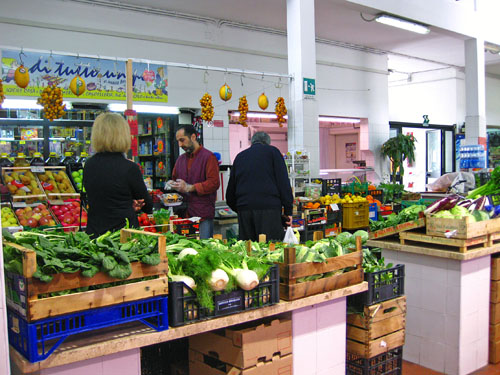 We set off for the market, abandoning the plan for fish stew for lunch, and creating from scratch a plan for cooking for the day. 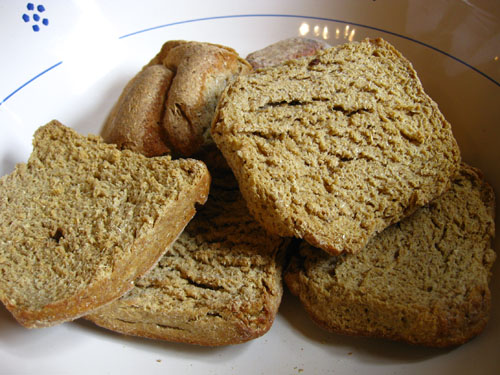 Â One of my favorite first courses utilizes a classic food from the area, frise di orzo, a completely dried out, firm bread product made from barley. To utilize it, you rehydrate it in water for 5 minutes, and then let it drain before breaking it into pieces. You can imagine this was a brilliant way to always have bread with you when soldiers were on the move. The salad, called capunata, is similar to tabbouleh, but uses the frize di orzo instead of bulgur wheat. 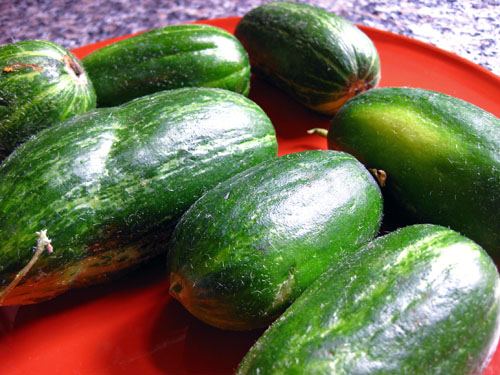 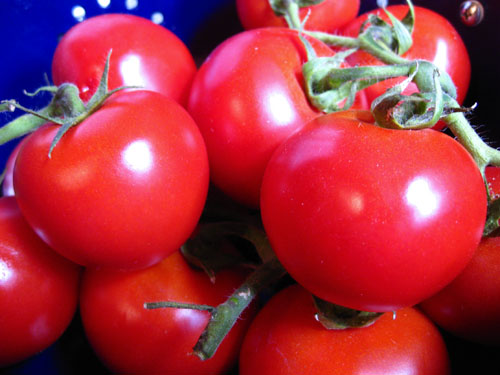 We diced up these small Italian cucumbers (called melone, but they donâ€™t taste like melon) and tomatoes… 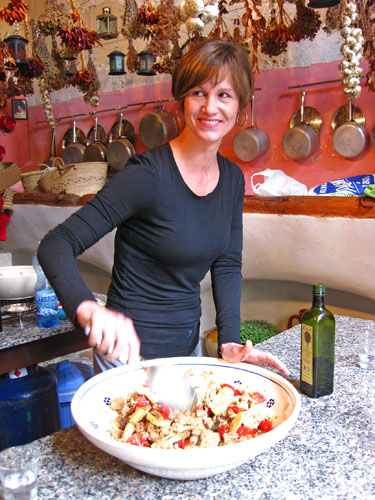 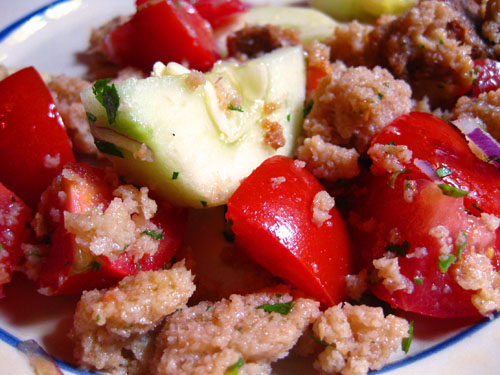 …and served this as our first course… 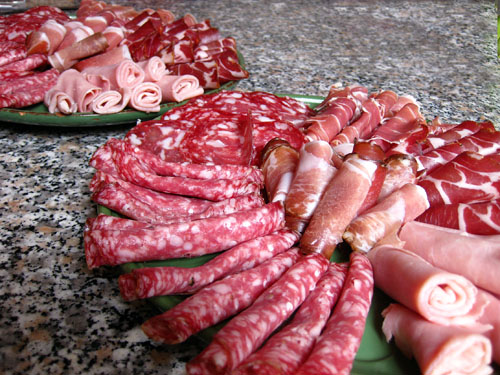 …followed by a platter of various meets from the market. 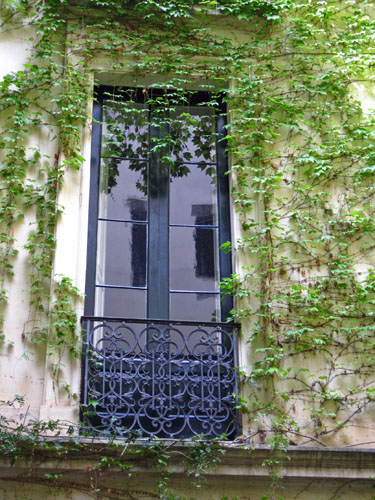 I hadnâ€™t taken a real nap the entire two weeks that I had been in Italy, and it finally hit me, so I napped for an hour or so before reconvening with the group. 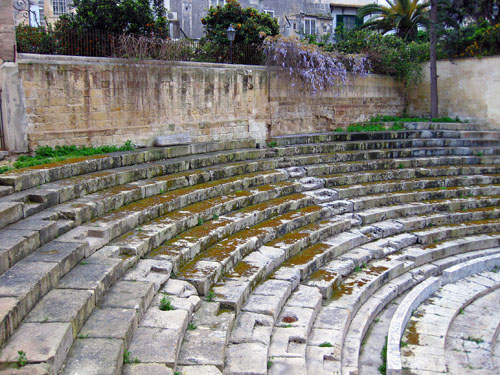 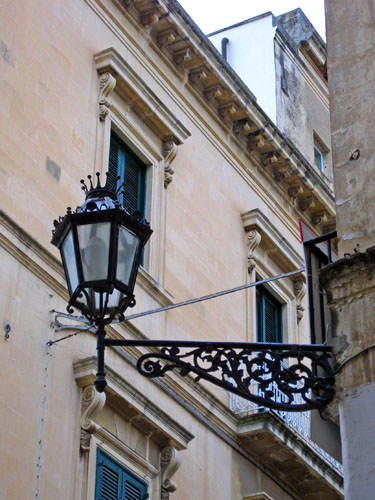 It seems the final night of the trip, there is this urge to wander through the town a bit more, snapping those final shots of interesting sights, and even though I already have hundreds of photos from Lecce, I couldnâ€™t resist a couple more. We arrived at Silvestroâ€™s a bit after 7 to start cooking dinner. 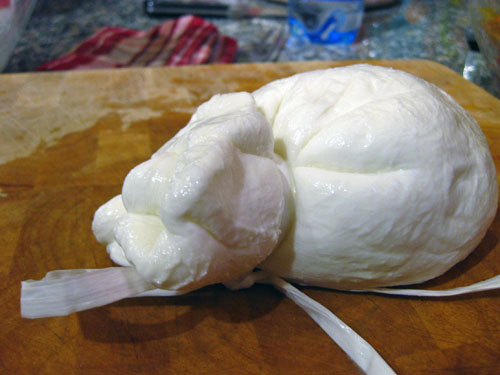 Now if youâ€™ve never had this strange looking cheese, you might just be thinking this looks like a boring white blob. But if youâ€™ve ever had burrata cheese from here, you would probably get weak in the knees at the mere sight of this. Iâ€™ve been talking about this for a year leading up to the trip, and I was determined that we would have it before we left.T 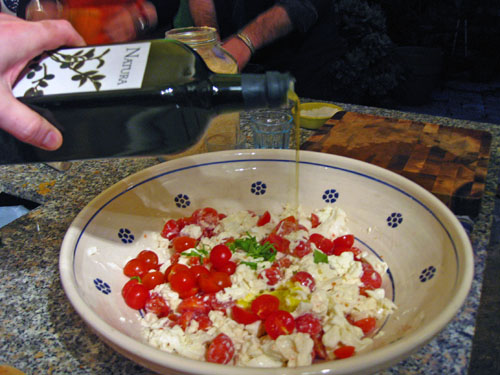 The cheese is mozzarella pieces mixed with heavy cream that oozes out when you cut into it. We prepared itÂ Caprese style with tomatoes and basil, then mixed with a good bit of olive oil and salted at the table, this dish just canâ€™t be beat.

We began the meal with the leftover meats from lunch and peperonata, thinly sliced and sweated red peppers coated in bread crumbs and olive oil. 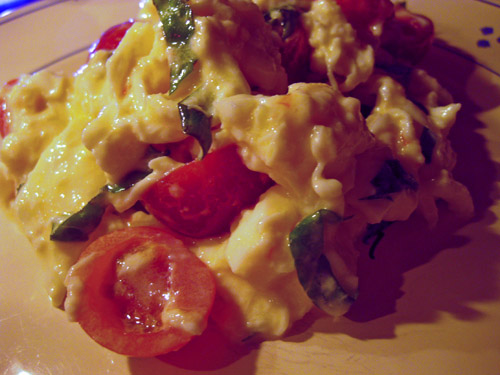 Then the burrata salad. I was sitting in the center so had the task of serving everyone – they all asked for a â€œsmallâ€ portion, which I knew they would regret, and within minutes everyone was asking for seconds and we finished the entire salad. 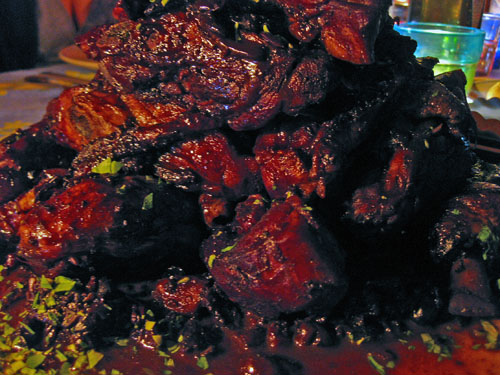 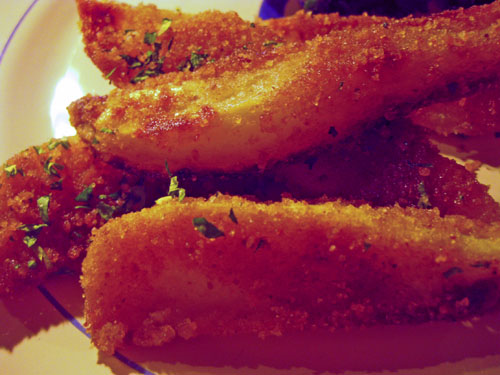 …accompanied by the sandy potatoes, which are just potato wedges coated in olive oil and bread crumbs and roasted until browned and gorgeous. 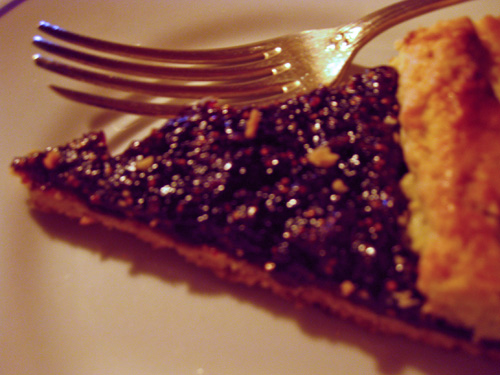 The group wanted to learn the fig tart recipe, so made that dish again, but I wasnâ€™t able to eat a bite by this point in the meal, my tummy full from burrata and potatoes. Our dinner guests on the final night were Timothy (our tour guide Simonaâ€™s husband) and another ex-pat Brit, Ian, along with Gia, Silvestroâ€™s friend from the US who arrived to join him on his month long cycling trip through southern Italy. Too many hours and too many bottles of wine (negroamaro) later, we made our way home through the quiet streets of Lecce to our rooms at Palazzo Rollo. Itâ€™s always sad to say goodbye – to Giuseppe, to Anna, to Silvestro, to Lecce – but the group seems ready to make their way back home.