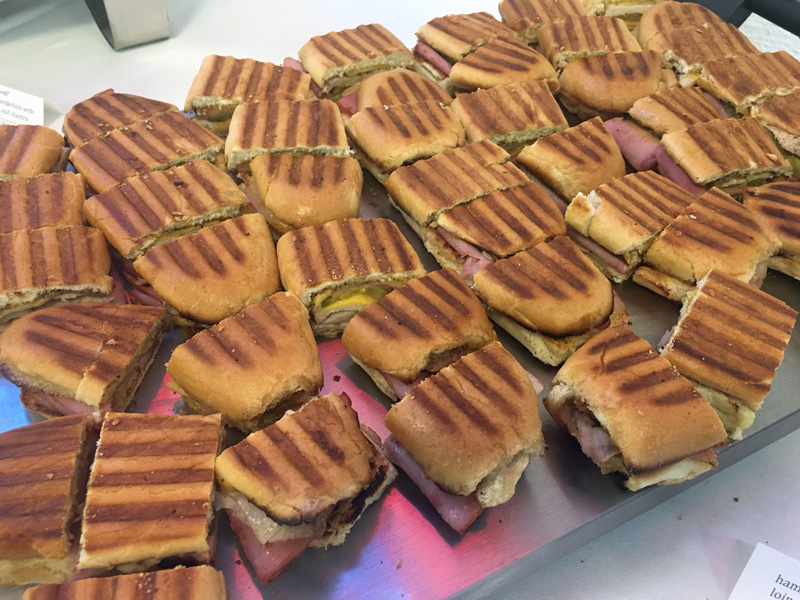 When I went to Cuba, the one thing I was excited to try was an authentic Cubano. Unfortunately, that’s the one thing I never even saw, let alone enjoyed. I had a pressed ham and cheese sandwich at the airport on the way out of Havana, but that’s not really the same thing. What makes a Cubano a Cubano are a few special touches: 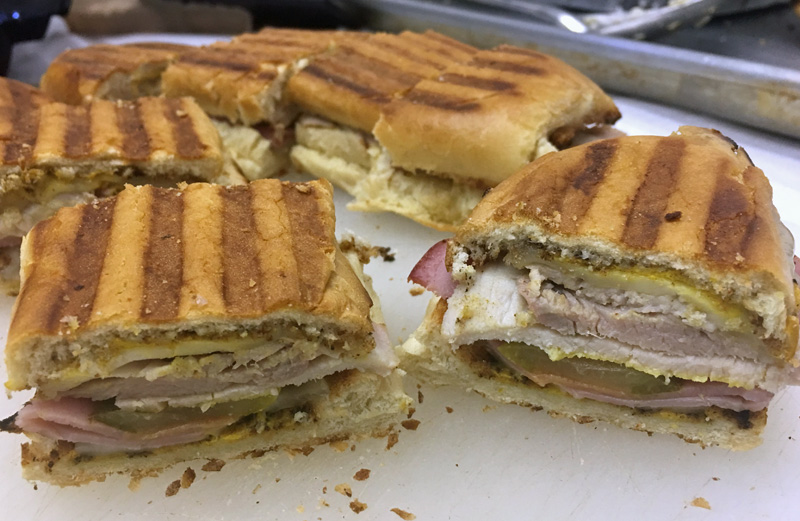 Did you love the movie Chef? Well turns out that after making that moving Jon Favreau was inspired, and he created this recipe. I followed it nearly to the letter, but with a few changes that I think make it just a little better. 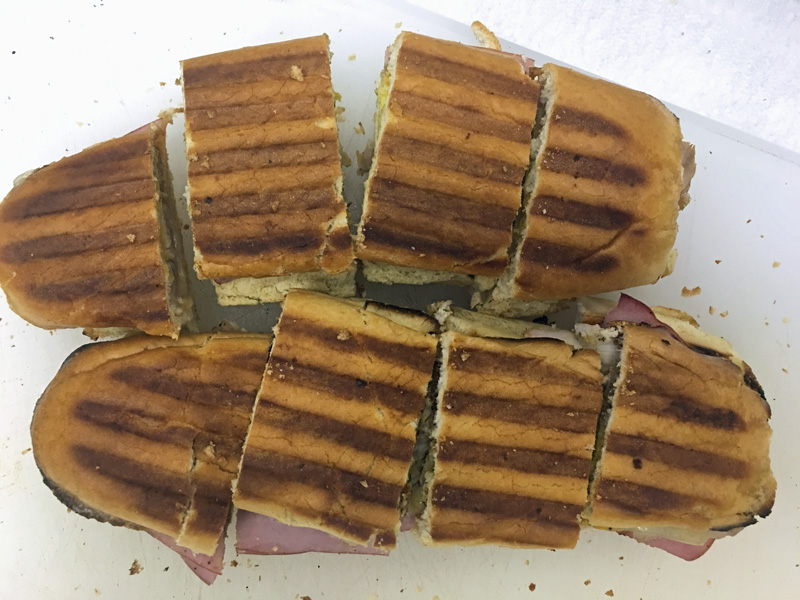 This is a great party food. You can prep the 6-inch long sandwiches the day before, lay them on a try, and wrap the whole thing in plastic wrap. When you are ready to serve, heat up a panini press, cook them off for about 2 minutes per sandwich, slice, and serve. I cranked out 12 sandwiches that I cut into fourths in less than 15 minutes. I served this at a Cuban reunion party and it was (along with my Shrimp Ceviche) the hands down favorite dish there!