Making and Tasting Chocolate (and Wine) in Cozumel, Mexico 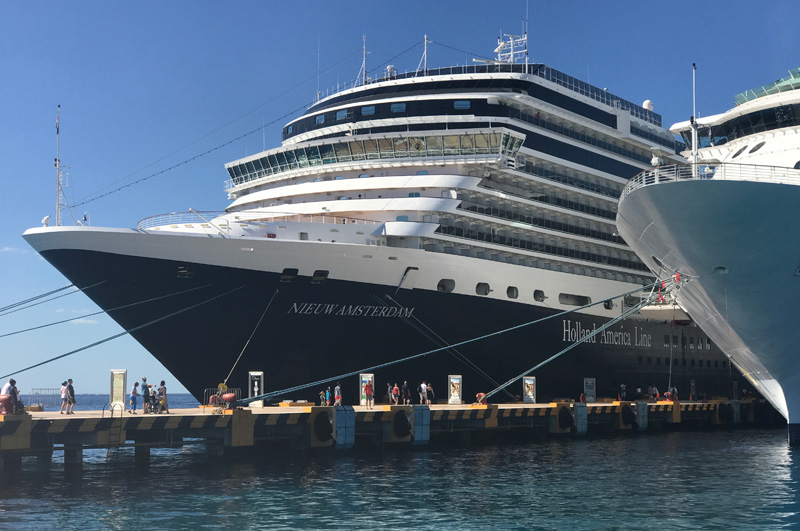 After four months of managing the care for my husband after his brain injury, I went away for a week of R&R on this cruise ship with 9 other women. I hadn’t intended to do a single thing other than relax, feeling completely drained from the stress of the last four months. 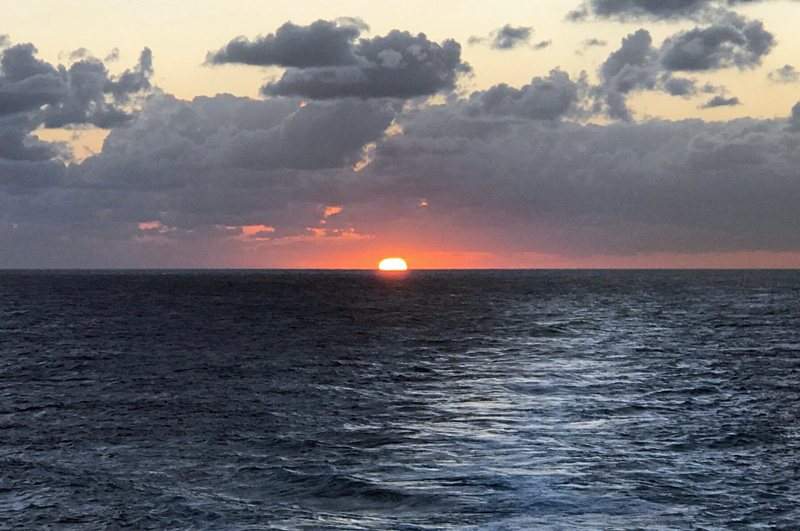 On Thursday morning, I woke before sunrise, which I happily captured in a series of photos from my deck off the back of our ship. (Note, although a bit bumpier along the way, nothing beats the views from the back I learned). 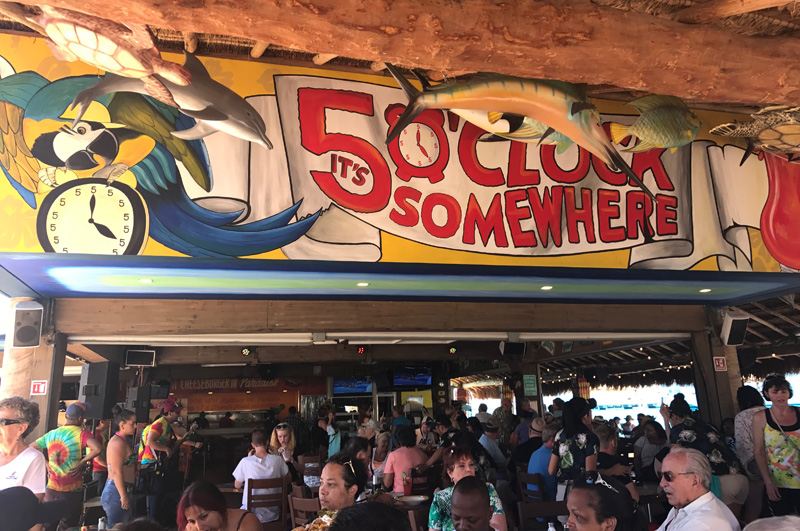 I wasn’t really energized, but I got off the ship anyway, made my way past the always boisterous Margaritaville bar next to the pier in Cozumel, and headed off on an excursion to learn about Mexican chocolate. 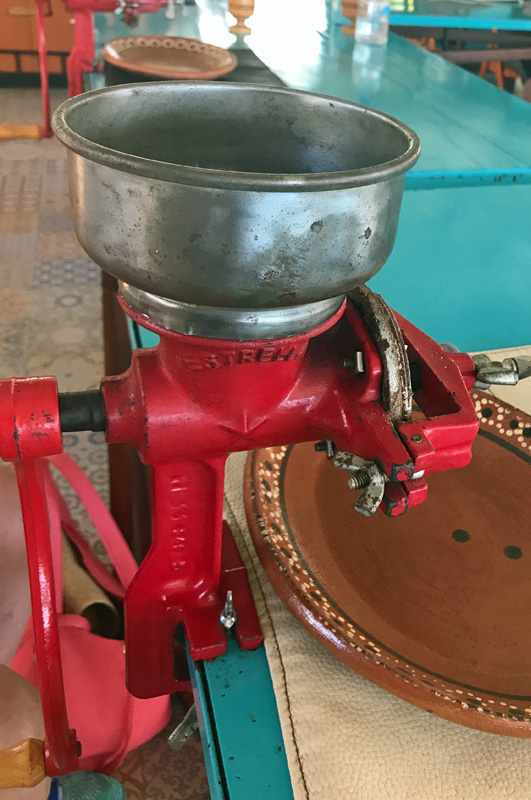 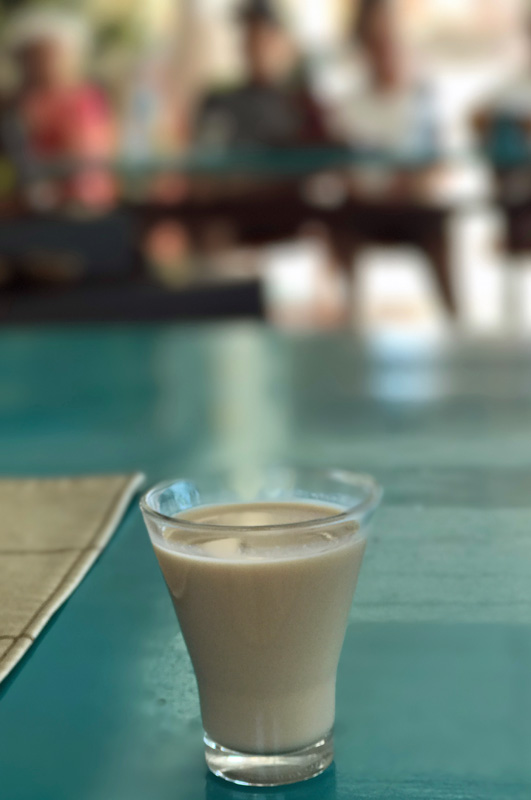 We sat down in pairs behind the grinders, and were welcomed with a chocolate martini (tastes a little like Baileys), which I sipped slowly, a bit worried about drinking mid day on an empty stomach. 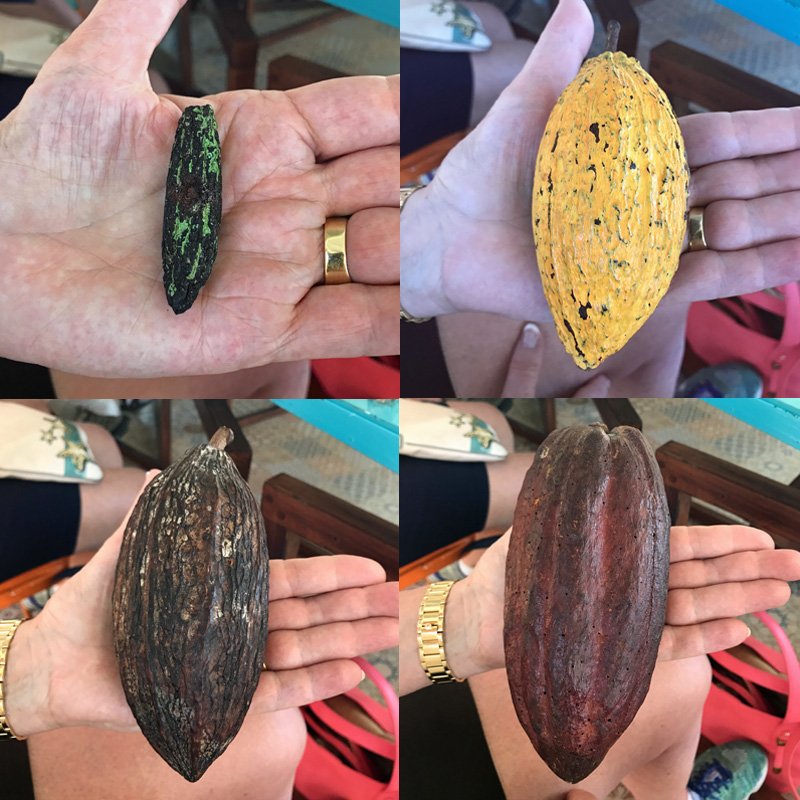 The instructor led us through the history of chocolate making in Mexico. We learned that it takes five years from planting the cacao until the first flower, and months for the pod to grow from a tiny little thing to a large pod full of beans. Cacao trees have been growing for 5000 years in Mexico. First the wet beans are spread on baskets to dry and ferment for a week (needed for flavor), and then they are spread on big mats on the floor to dry for a week. The Maya women cooked beans in a plate over a fire for 30-40 mins to roast them before crushing them in a molcajete with chili peppers, achiote seeds, corn, or tobacco pepper for flavoring. 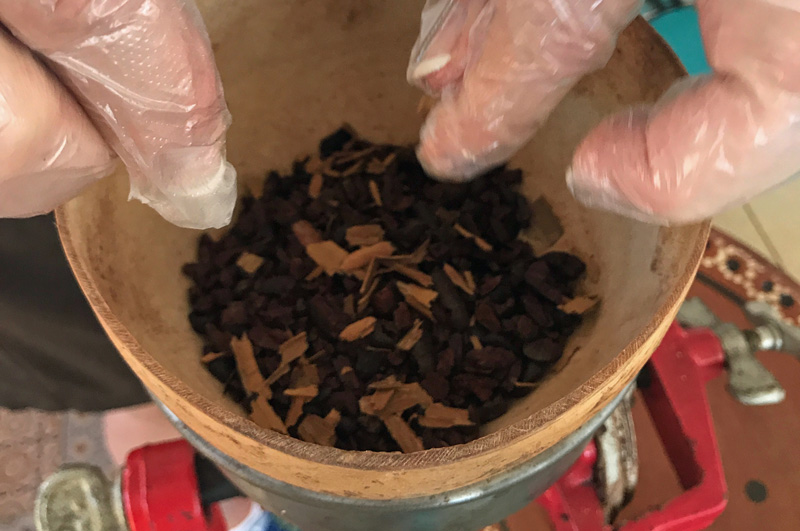 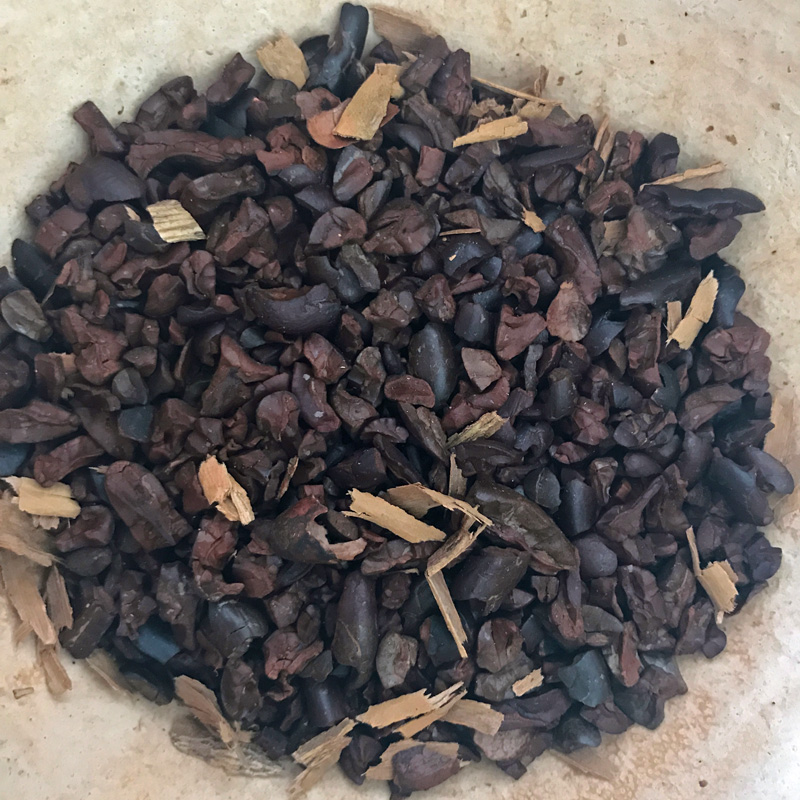 The Spanish, however, liked it with cinnamon and vanilla and brown sugar, and that’s what we were making. We tore up the pieces of cinnamon bark into the roasted beans… 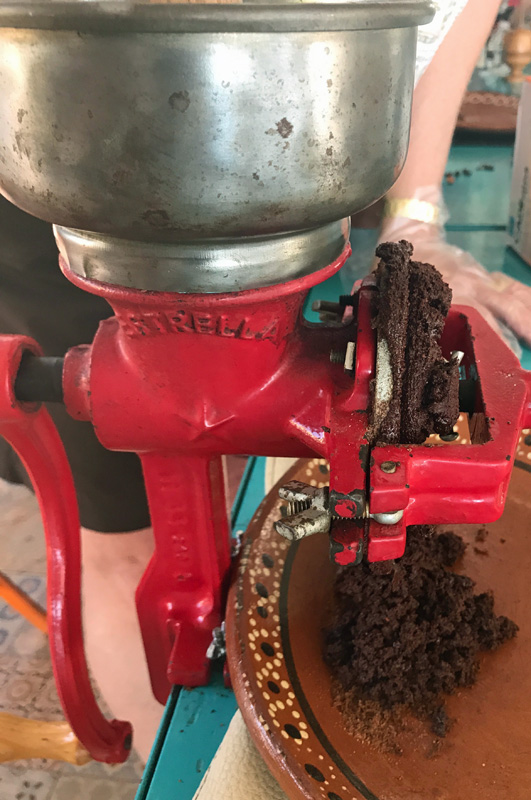 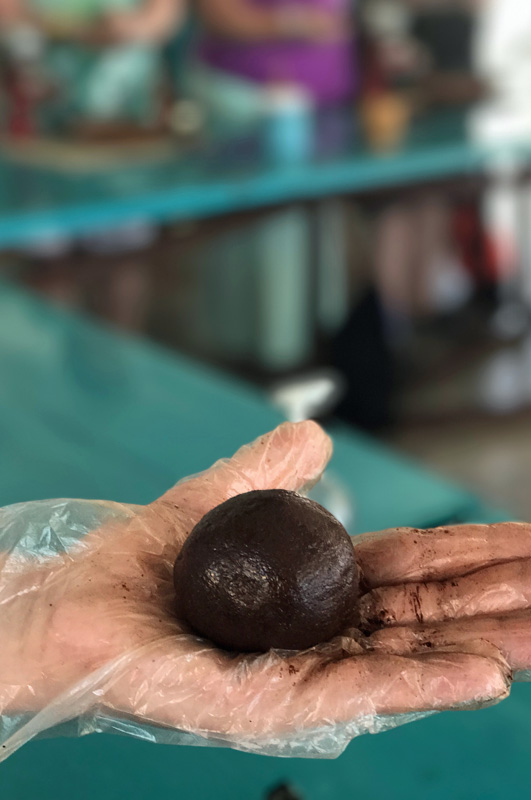 …before putting them through the grinder. Once the beans were ground, we had to work the crushed mixture until it came together into a ball, glowing from the cocoa butter. 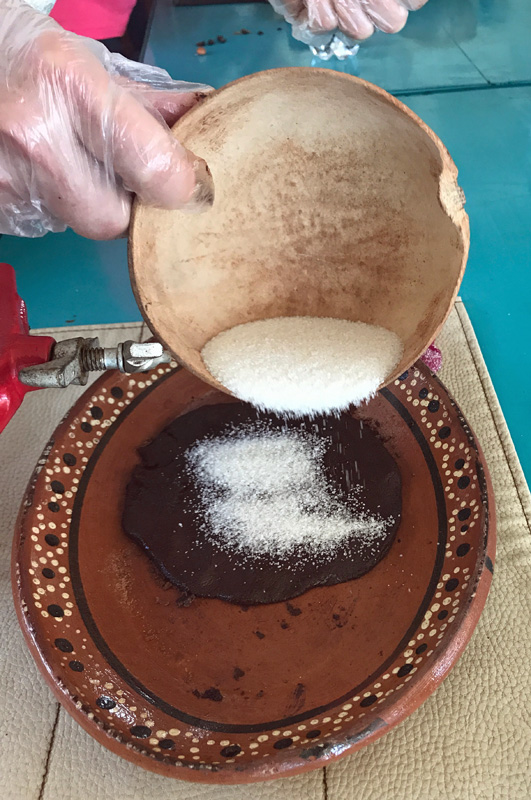 After pressing it out flat again, we added the sugar and put it back through the grinder, and finally worked in some Mexican vanilla by hand for flavoring. 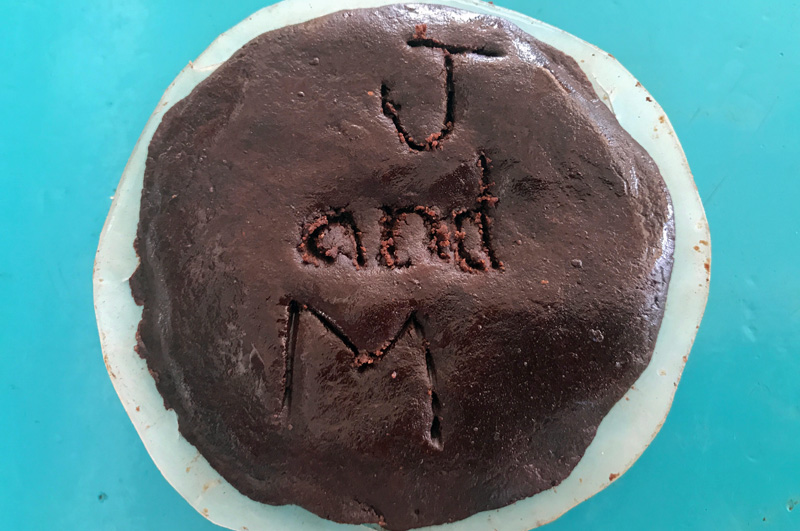 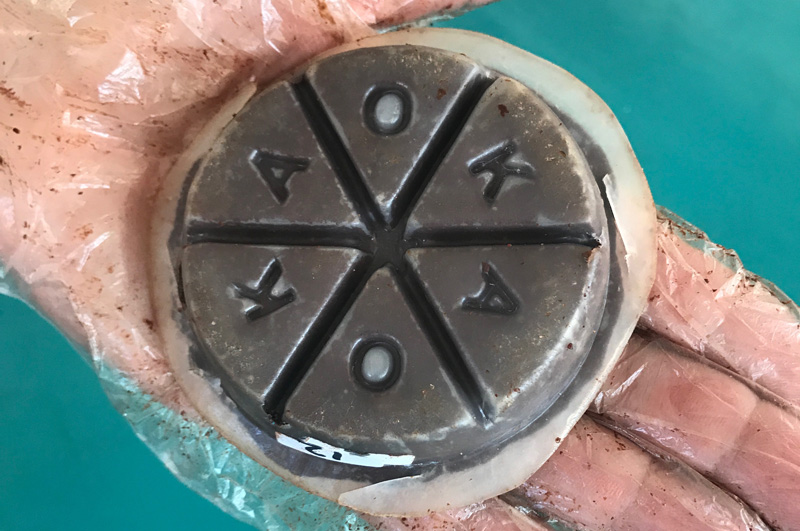 We pressed our chocolate into the mold, marking ours for identification before it went to cool, and got ready for the tasting. 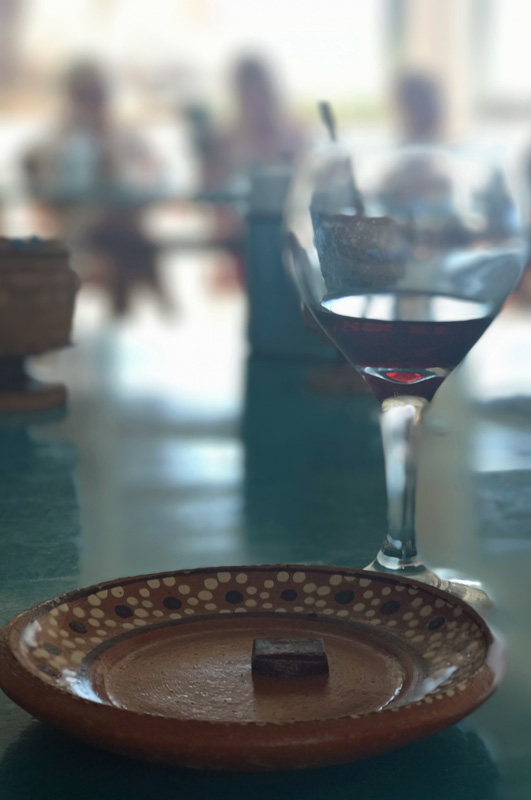 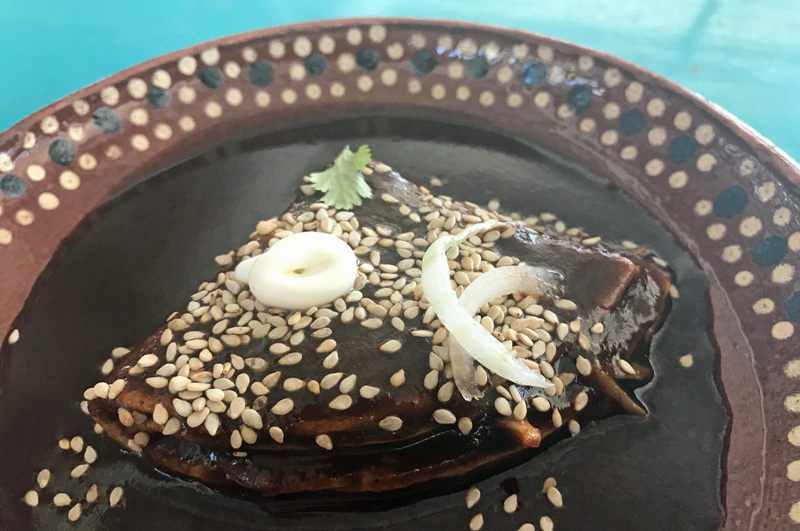 At the end of the lecture and tasting, the staff served us a tortilla with some shredded chicken inside smothered in dark mole sauce and sprinkled with sesame seeds. Wow, was that good, and although I hadn’t felt like I had the energy for a shore excursion, spending a few hours making and eating chocolate isn’t a bad way to soothe the soul.

You can learn all about the Kaokao Chocolate tours on their website here –
we did the Seaside Tasting, but there are also more extensive tours listed.