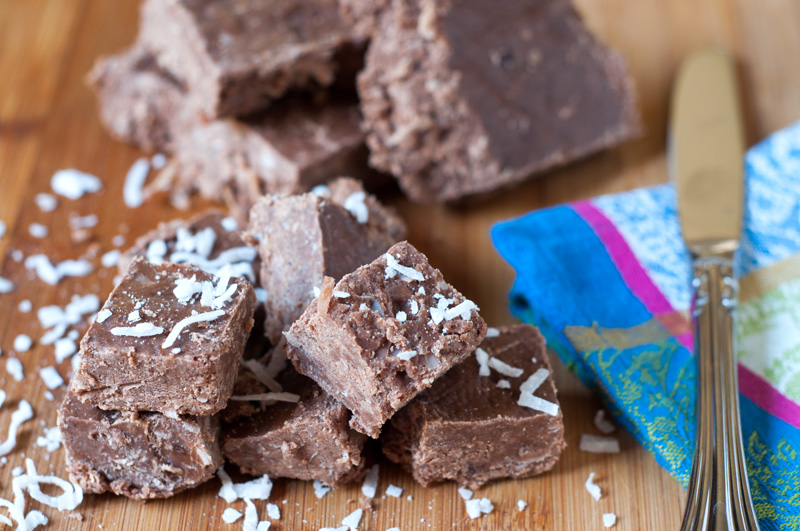 This is the third batch of fudge that I have made since I brought my husband home from Spain on an air ambulance in December. I know what I’m doing – I’m seeking solace in the kitchen, making comfort foods, even though this is probably the last thing I need right now. But I’ve developed a system that seems to be working. I make the recipe, I eat a little bit of the decadent treat, then I bag the rest up and take it to the hospital for the doctors and nurses to share in the lounge. I’m happy, they are happy, and hopefully they are nudged to give just a tiny bit extra care to my husband as he recovers. 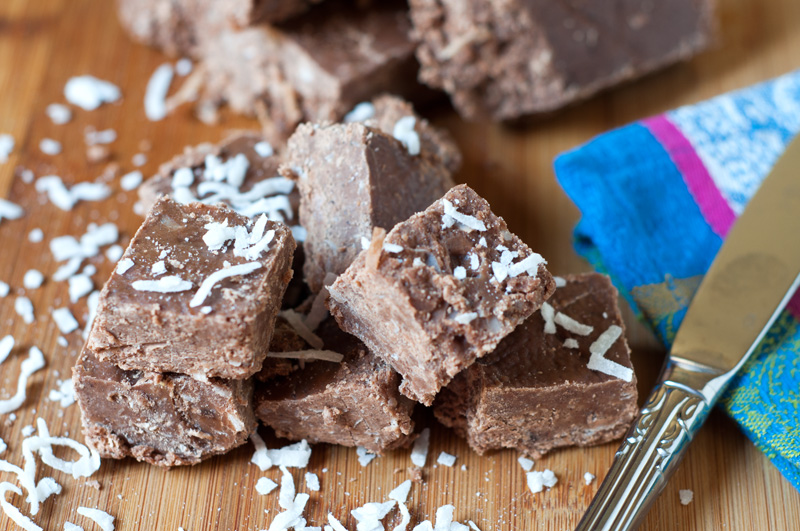 This version is vegan, not because I’m vegan, but just because I decided to see how my family recipe for fudge would turn out if I used coconut oil in place of butter. I also used the chocolate that I made in Mexico for this recipe, but you can use any dark chocolate. Don’t have coconut oil? Just use butter and you’ll be equally happy.