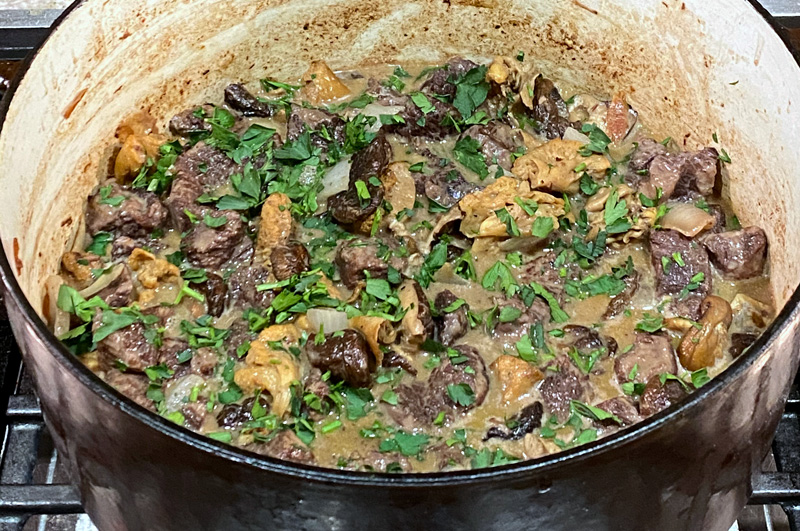 There’s something wonderful about cooking in a Dutch oven during colder months. The pot simmers away for hours, slowly tenderizing those lesser cuts of meat, while at the same time heating up your kitchen nicely. I was trying to use up some veal stew meat I found lurking in my meat freezer, but I also had a veal brisket, which I decided to trim of excess fat and cube like the stew meat. But you can use any cut of stewing beef, bison, or veal you have on hand. Chuck works great. And what really makes this recipe sing is the sauce. 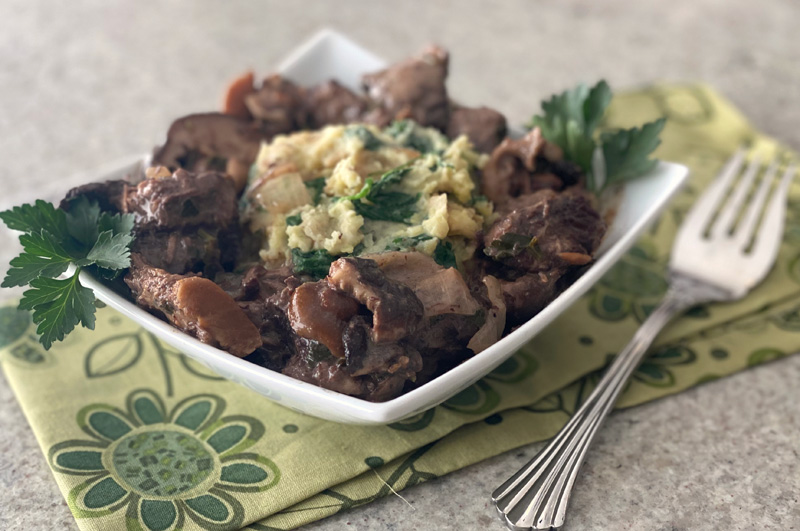 And while others might be partial to serving a stew over egg noodles or rice, to me the dish demands mashed potatoes, which I like to make into a version of colcannon by stirring in wilted spinach right before serving.