We made a decision not to do organized tours in most of the Scandinavian cities we would stop at on this cruise, so after a leisurely start (and my All Bran breakfast), we went ashore and boarded one of the Oslo Hop On – Hop Off buses for a tour of the city. (Tip: Most cities, in the US and abroad, have some version of a hop on-hop on bus, usually with an open top for sightseeing. If you just stay aboard for the full trip, you usually get a great tour of the city in 1-2 hours, complete with a narrative along the way.) 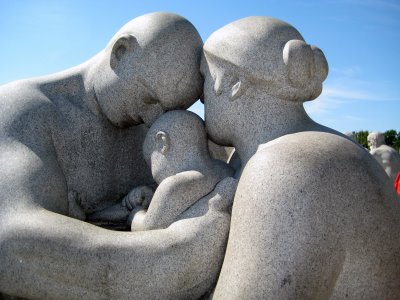 We did hop off at Frogner Park where over 180 sculptures by modern artist Gustav Vigeland are displayed. The most fascinating was a circle of life series of sculptures which begins with babies, and move progressively around the circle into toddlers, adolescents, young adults, couples, elderly, and dying friends. It’s quite touching and we had spectacular weather for viewing it – sun and a record setting 91 degrees in Oslo. 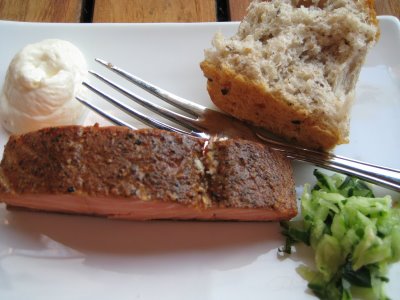 After the bus tour continued, we rode the ferry back across the bay to the city harbor and found an outdoor cafe for lunch. I make it a point on my travels to try the specialty of the region I’m in, so opted for this piece of smoked Norwegian salmon (probably the best smoked salmon I’ve ever eaten) served simply with a roll, some sour cream, and shredded cucumber. 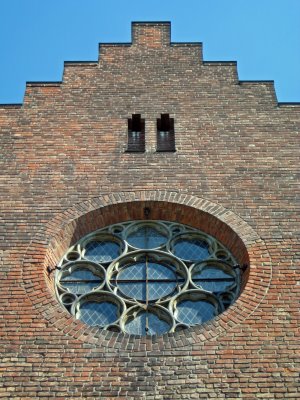 After lunch the rest of the group was ready to head back to the ship, but I opted to tour the Akershus Castle which sits imposingly on the hillside right next to where our ship docked. It’s a great preserved medieval castle. The view of Oslo from the top is great and shows how uninhabited much of the beautiful lands around the area are – 18% of the land is populated, 10% is cultivated, 50% is covered by forests, and about 5% is covered in water, according to our cruise ship newsletter. 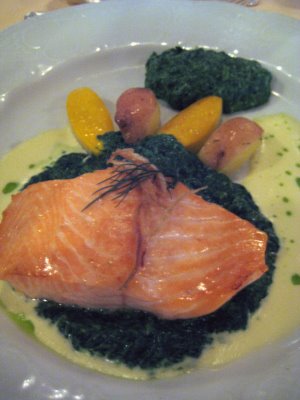 As we left Oslo, the ship threw a Sail-Away Party where we were treated to mimosas, then I continued my Norwegian dining experience at dinner with seared Norwegian salmon on a bed of sumptuous creamed spinach (you can see I even asked for more on the side).