My outdoor grill is still under construction from the fire, so I decided to break out a rarely used pan, my All-Clad nonstick grill pan. I probably would not have purchased this, but it came free with some other purchase, and actually came in quite handy for this dinner. I had two small lamb chops left over from a dinner event I did on Thursday evening (I’ll share that marinade recipe “anotha day”, as my daughter used to say when she was 3) and I started by searing them on one side in the grill pan. 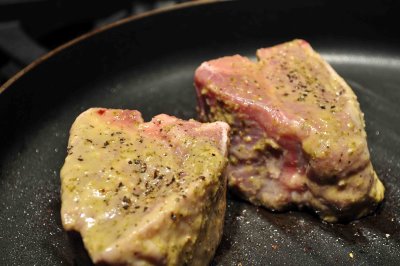 When they had some nice marks on them, I flipped them and added some fabulous halibut from Whole Foods, flesh side down. 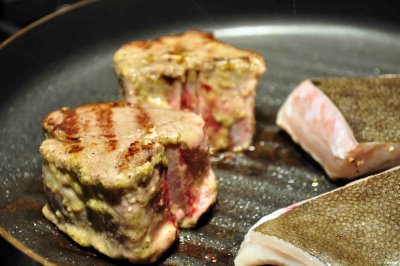 After searing that first side of the fish, I moved the entire grill pan into a 350 degree oven. 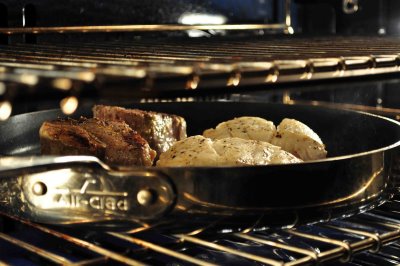 I like my lamb chops medium rare, so I pulled them out to rest in foil while I finished the halibut in the oven (I’ll share that recipe as well later this week). 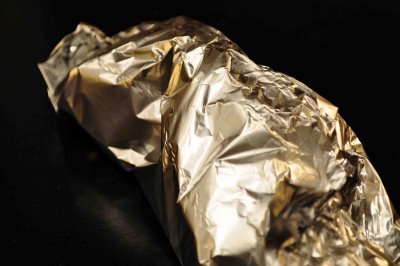 Both the lamb chops and the halibut turned out beautifully and I had only one grill pan to clean up!