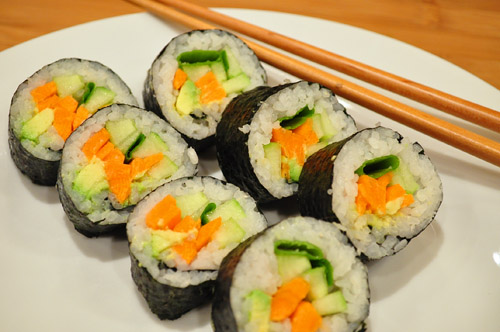 I haven’t been inspired much lately in the kitchen. It happens – even to those of us who love to cook. I find myself gravitating to the old classics, grabbing a quick salad, munching on chips and carrots – anything to avoid really being creative. Well, that is, until today. I was literally driving down I25 when inspiration hit so I made a quick stop at Whole Foods on the way home to gather everything needed to make sushi. 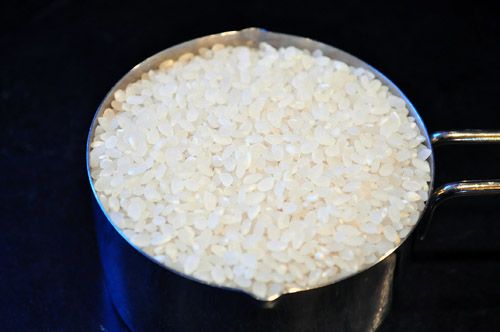 First on the list was sushi rice – and if you’re going to make sushi you definitely need this special rice. You also need to rinse it until the water runs clear or you’ll be left with a gloppy mess. I know that sounds counterintuitive, thinking you want something sticky, but trust me, you need to shed the rice of the excess starch before you begin. 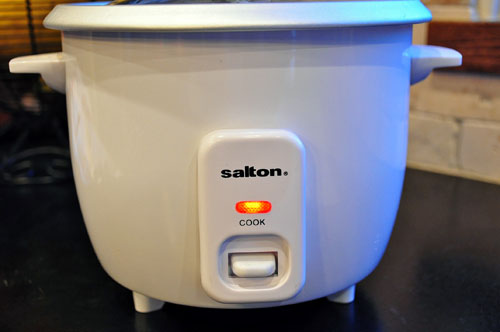 This is one of the few times I really love a rice cooker (the other is when I’m entertaining and I want the rice to hold warm until dinner). Put the rinsed rice into the cooker with slightly less than double the amount of water. I used 1 cup of rice and it yielded 3 large rolls and 4 small pieces of nigiri sushi. Once the rice is cooked, pour it into a bowl, let it cool slightly, then season it (see recipe), carefully cutting through the rice with a rice paddle until each grain seems to be coated in the seasoning. 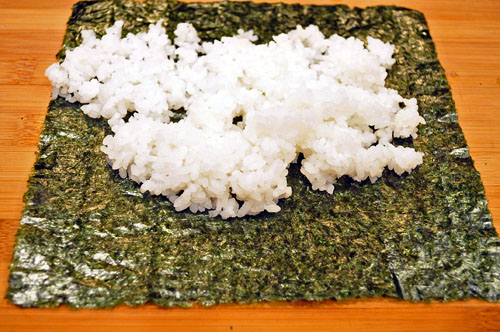 OK, time to start a roll. Spread a piece of sushi nori out and dump some seasoned sushi rice onto it. 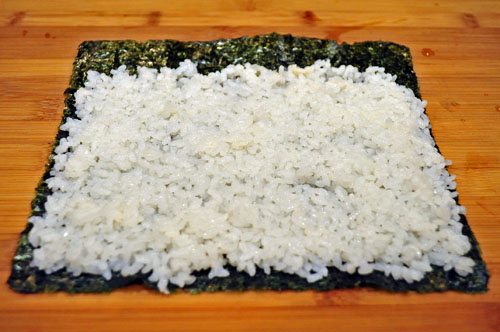 Dip your fingers in water frequently (to prevent sticking to the rice) and gently spread it out to the edges in an even layer. You want to leave the last 1/2 inch away from you clear of rice to seal up the roll (if you’re going to roll with the rice on the outside you need that edge towards you, just opposite). 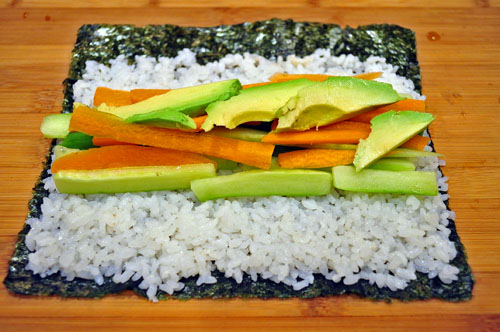 Then you’re ready to layer your filling. Today I’ll offer up a simple vegetable roll that uses thinly sliced carrots, avocado, and cucumber with a couple of long pieces of green onion. I don’t like to put wasabi inside my rolls, but you can if you prefer. 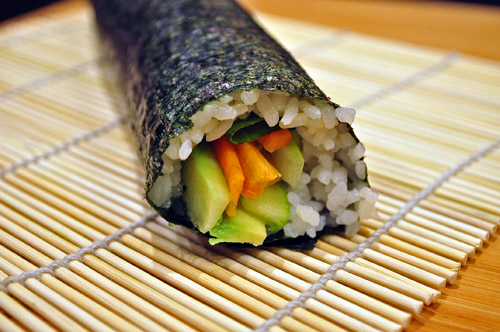 Finally, you’ll need to use a sushi mat to roll it up, pressing tightly to get a nice firm roll. Use a really sharp and clean knife to cut through the roll… 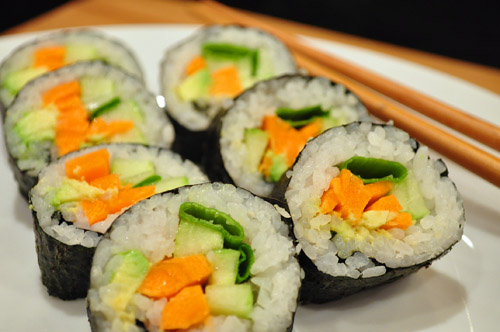 …then lay it out for a proper sushi presentation. Serve with ginger and wasabi and soy sauce. And dig in. Like I need to go do right now! Up tomorrow – spicy tuna roll – you won’t want to miss it!