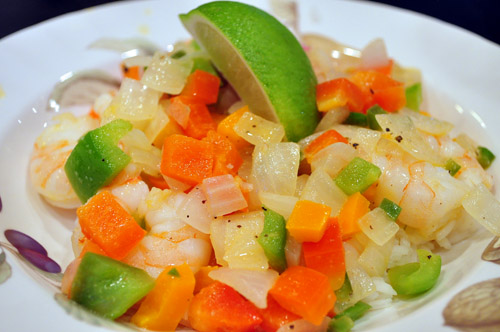 I love this recipe for a bunch of reasons that might not be obvious to readers. One, it’s simple and can be fixed in under 30 minutes for dinner. Two, it’s healthy, and I’m feeling like I should eat healthy after 3 weeks of indulging on pizza, pasta, gelato and wine in Italy. Three, my daughter is home for a week and made this for dinner for me last night, knowing how jet lagged I was. Four, and most important to me, I just love that my daughter has picked up my love of cooking and wants to share it with me! 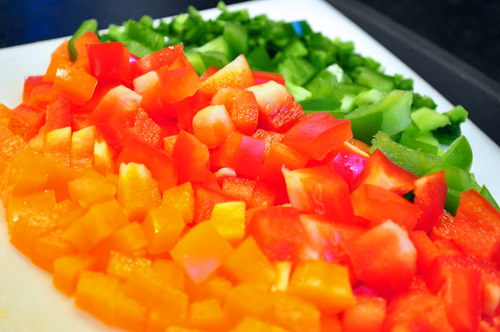 She began by dicing up an array of peppers, along with a large onion and a half of a jalapeno. 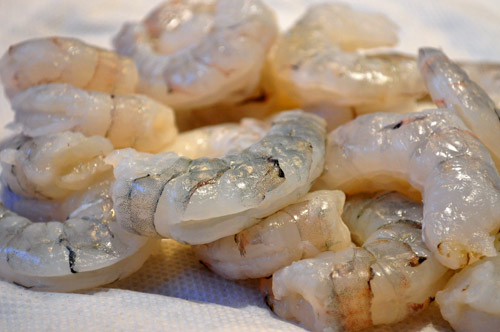 Next, she pulled the tails off some thawed shrimp. We had the frozen ones that are already peeled and deveined, but if yours aren’t, you’ll need to do that too. 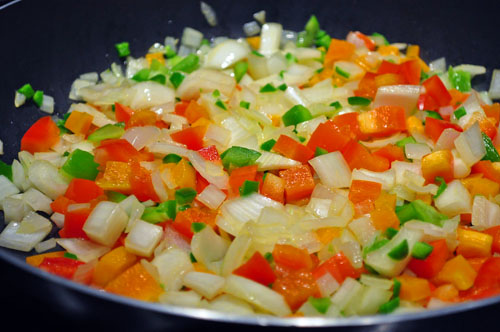 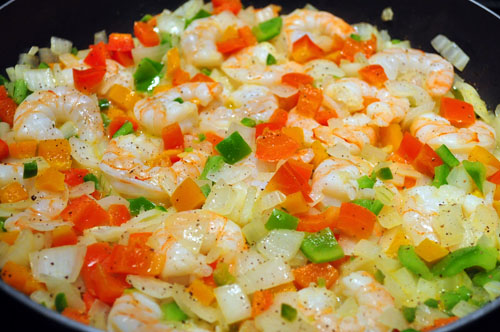 …then added the shrimp to cook for a minute or two. Now here’s where I bit my tongue and didn’t advise on her technique at all. She did not season anything as it was cooking, but rather added pepper, garlic powder, and a bit of salt at the end. I was prepared to think this wouldn’t work so well – I was wrong. She also finished the dish by stirring in some butter to melt over everything instead of cooking in oil to start (she used a nonstick pan). Again, totally against how I would have done it, but with delicious results.

The dish really gets its personality from the lime juice that’s added at the end. She served the shrimp and peppers over plain white rice (jasmine would be good too but we both thought the nutty taste of brown rice might not be so good) and then we squeezed about a half a lime per person over the top. Yum. I’m so proud of her!

Heat a nonstick skillet over medium high heat and add peppers and onions; cook until slightly softened, then add shrimp and cook through, about 2 minutes. Add pepper, salt, garlic powder and butter, and cook for 1 minute more. Spoon shrimp and peppers over cooked rice, then squeeze lime juice over the top.

Optional: Add coconut milk and heat through before adding shrimp.