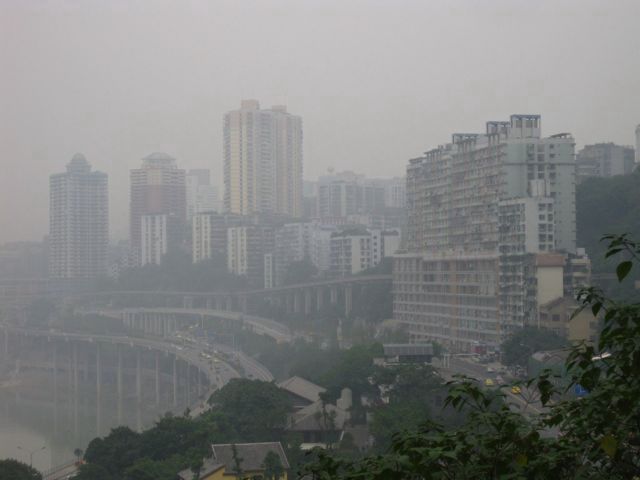 Have you heard of Chongqing? It’s actually the largest city in the world, with 33 million people, 8 million of them living in the city center. It covers 82 square kilometers – that’s the size of Austria and the population of France. 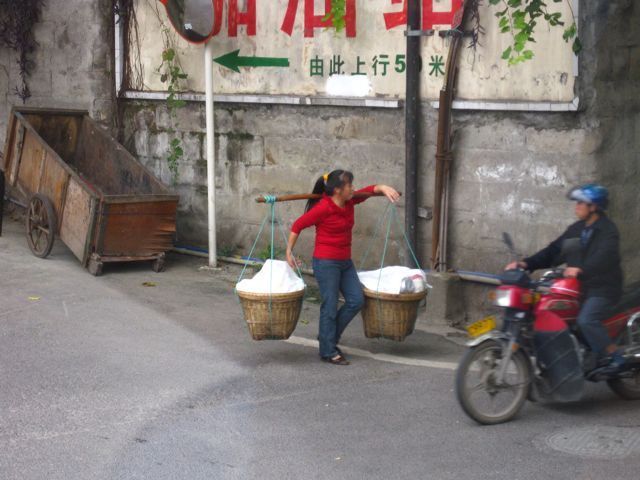 So how come I have never heard of it? Possibly because it’s really a large region that was granted municipality status, not a traditional city. Perhaps because so much of the population really lives in the outer farming areas. Or perhaps it’s just another example of how little we know about China. 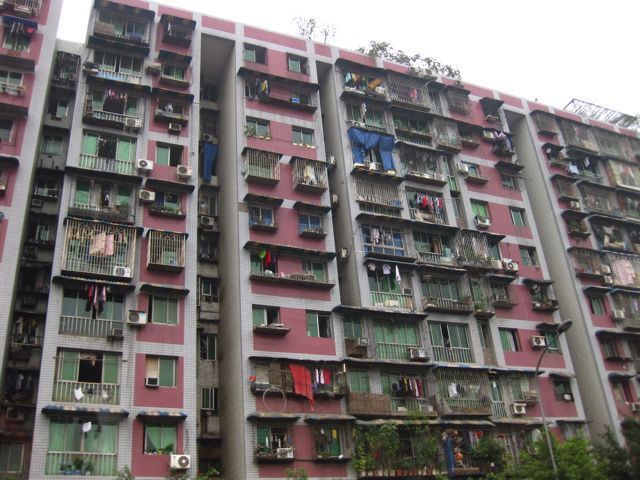 It’s called the city of H – hot (as in 110 F in the summer months), heli (? at least I think that’s what they call the bamboo pole carrying contraptions), humid (as in 98 percent humidity), and hot again – hot food (Sichuan cuisine with lots of chili sauce), hot girls, hot tempers. 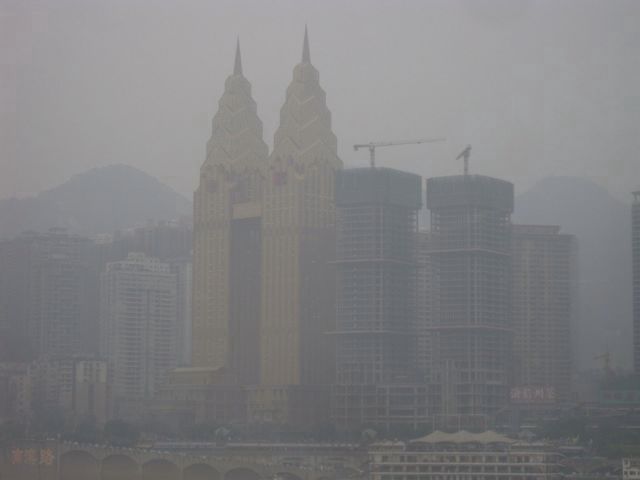 It’s surrounded by mountains in all four sides which trap in the fog – but frankly it’s hard to tell where fog ends and pollution begins here, the large coal power plants always just a short distance away. 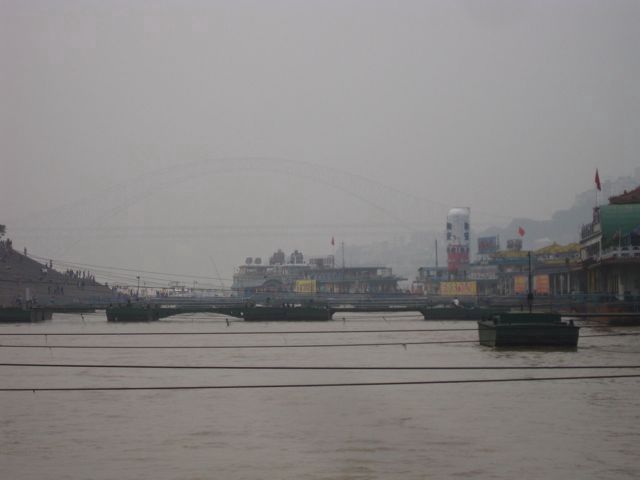 During the Anti-Japanese Invasion War (I had never heard it called that – we just call it WWII – but I guess like everything in life, it’s all about perspective), this area was heavily bombed. The only protection the Chinese had at all was the fog that sometimes prevented the bombings. 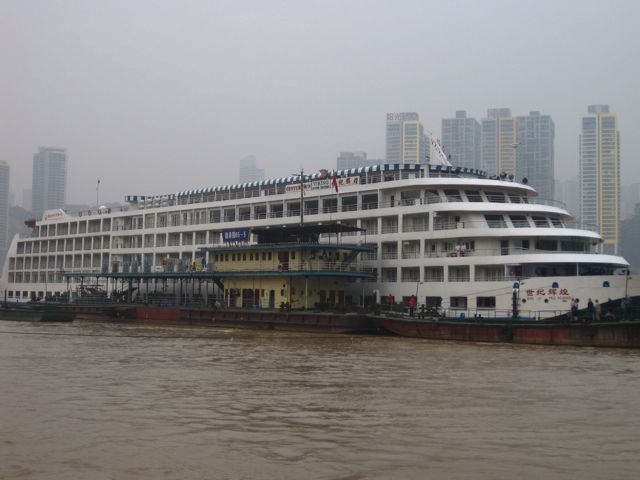 Today it’s called the Furnace City or the Mountain City, and it’s quite huge – again, so huge I am embarrassed that I never knew of it. We arrived here to board the Viking ship for our five days of cruising the Yangtze River, known in China as the Long River. After days of buses and flights and crowded touring, it was pretty nice to board a ship with a nice cocktail lounge, spa, and other amenities. Tonight we set off on the large muddy river – and thankfully tomorrow morning we can sleep in!