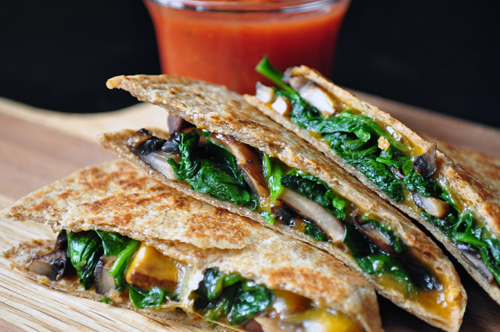 I have a strange habit when dining out. I land on a certain dish at a certain restaurant, then because I remember how good it was, I end up ordering the same thing every time I go there. Kind of odd for a foodie who you would think would like to try everything under the sun, right? Once such establishment is the small grill at a local executive golf course that I (attempt to) play with my girlfriends in the summer. I always, and I mean always, get the spinach and mushroom quesadillas – hold the sour cream, extra salsa please! 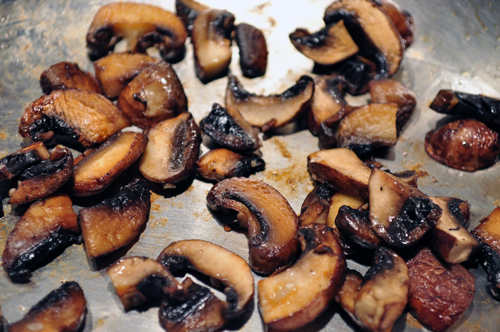 Maybe because I just saw some of these friends on our little trip to the Bahamas, or maybe it’s just because it’s finally warming up and I can envision playing golf again, but I decided to take matters into my own hands (and kitchen) and make these for lunch. Start by caramelizing some sliced mushrooms. 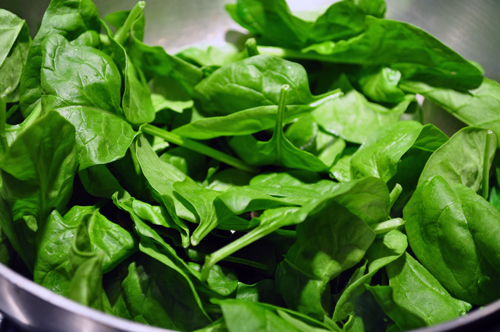 Add a hefty handful of spinach to the same pan… 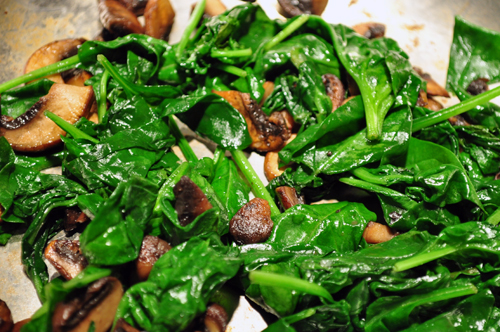 …and cook until the spinach wilts down. 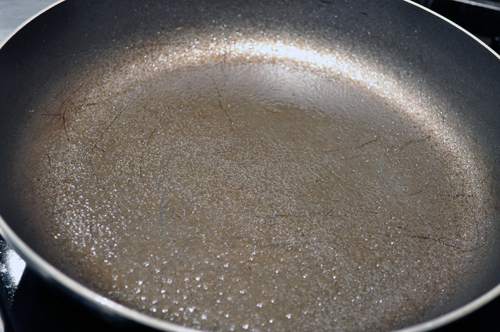 Heat another skillet up and spray it with some cooking spray if you want – I think this helps crisp up the outside of the tortilla. 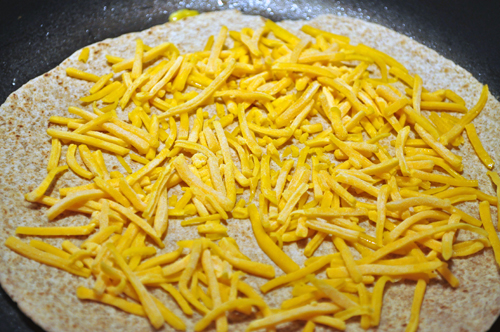 Sprinkle on some cheddar cheese… 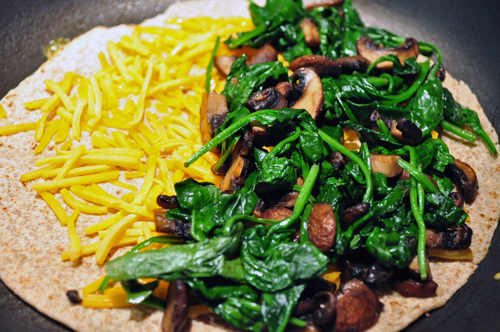 …then add the spinach and mushroom mixture to one half of the quesadilla. That’s my little trick. By spreading cheese on the whole thing but fillings on only one half, you can see when the cheese is melted… 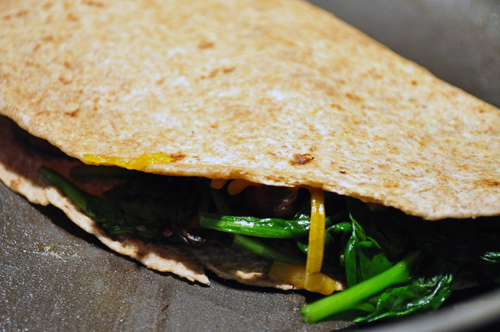 …and that’s when you fold the cheese side over the fillings. Continue to cook on this one side until it browns slightly. 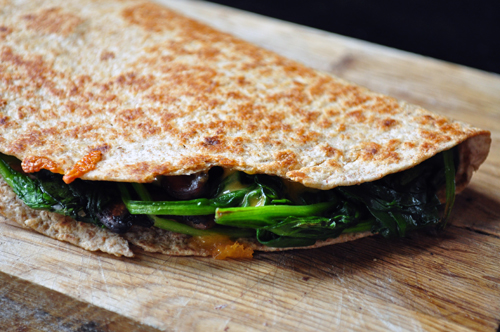 Then flip it over and cook the other side. 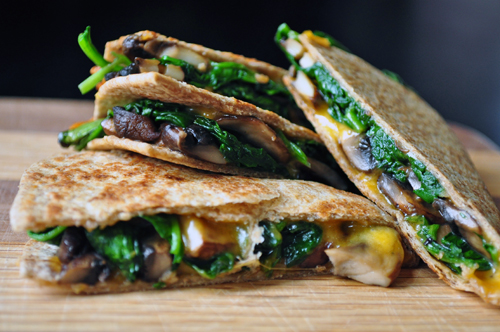 Slice it into wedges and enjoy with your favorite toppings!