Top Ten Reasons You Should Start Canning Tomatoes in July 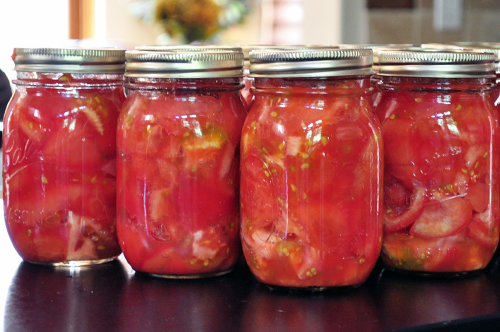 I’m sure you think I’m nuts. Vine ripened tomatoes are just coming into season here in Colorado, and I’m sure all of you are just beginning to enjoy them. So why the push to start canning them now? I’ll give you ten reasons: 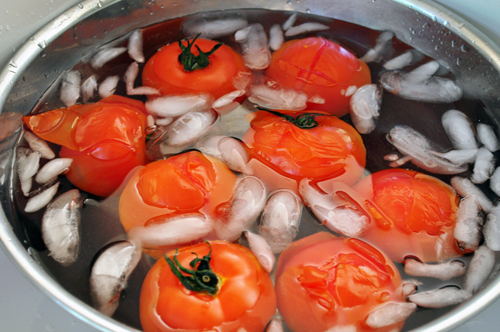 1. We had a late start to summer in Colorado – and with a simple early freeze, that could mean a very short growing season and just not that many tomatoes to harvest. So get ’em while you can and put them up for the winter.

2. When tomatoes are at their vine ripe best is when they are best for canning – don’t wait until your only option is some semi-ripe, half green leftovers. Grab the very best from your garden and the farmers’ markets and make them your own.

3. I give you the lazy person’s canning method – it’s called freezing. Just blanch them for a minute, slip ’em into an ice bath to slip the skins off, chop them up and load them into jars (press down to remove any air bubbles), leave 1/2 inch at the top and loosely put on the lids. You can go back and tighten the lids later after they’ve frozen solid.

4. If you have a bunch of defunct canning lids – meaning they’ve already been used once for canning, you can re-use them for this freezing technique.

5. I know you crave fresh tomatoes during the summer, but how many can you eat during any given day or week before your mouth becomes ulcerated? Give your mouth a rest and put the rest up.

6. When the harvest of any crop really gets into swing, there is too much to eat at once. With root vegetables you can put them into cold storage until you get to them. Not so with tomatoes. So leave a few out to eat and freeze the rest.

7. You can never predict when mother nature will decide it’s time to end the harvest and begin putting food up for the winter. Why not do it on your own schedule instead of getting caught off guard? What if you happen to be out of town and miss the last market to get fresh tomatoes to can? 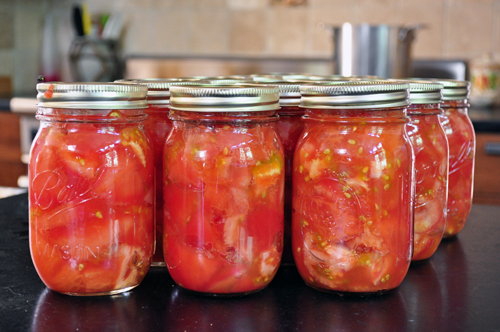 8. After eating down your pantry and freezer from the winter, isn’t it nice to see it start filling up again with canned or frozen tomatoes from this year? It reassures me that I’ll have tomatoes all winter long when I see those rows lined up on the top shelf.

9. The end of harvest season usually means it’s time to put a lot of things up for the winter – peaches, plums, pickles, and more. So why overload yourself? Since tomatoes are in season for some time during the summer, you can preserve them a little each week or two until you have what you need for the winter. Then you’ll be free to focus on other foods later this fall.

10. I’ve saved the best for last – probably the best reason to start canning tomatoes now is that it makes you feel good. I feel thrifty and just a little bit like Laura Engels whenever I can things. I feel like I’ve retained a long lost skill in our culture. I feel responsible. All that from putting a few little tomatoes into jars. So why wait until the fall to feel this way? Start now and you’ll feel this way all year long! 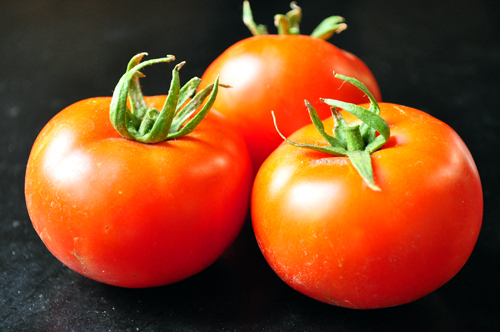 Wondering how I use my frozen tomatoes during the off season? Here are some great recipes that I incorporate them into: 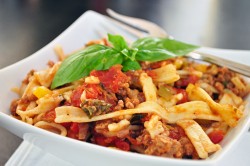 Pasta with Meat and Vegetable Ragu 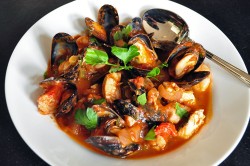 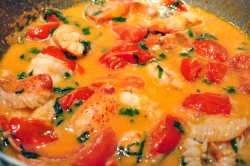 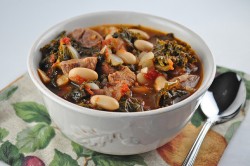 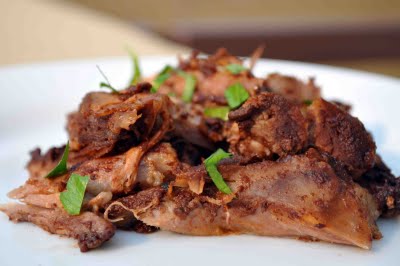 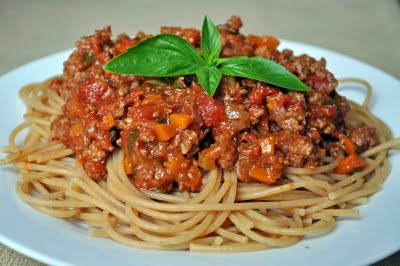 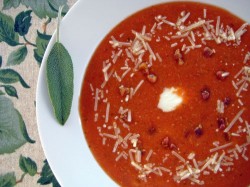