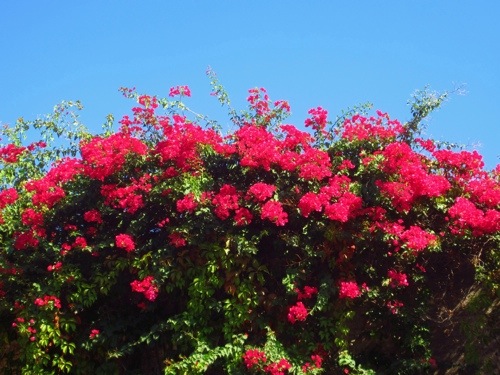 You never know when you are going to a new place what to expect. No matter how much you scan photos online, no matter how many Trip Advisor reviews you read, no matter what people tell you, until you experience it for yourself, you just don’t know how great it’s going to be. 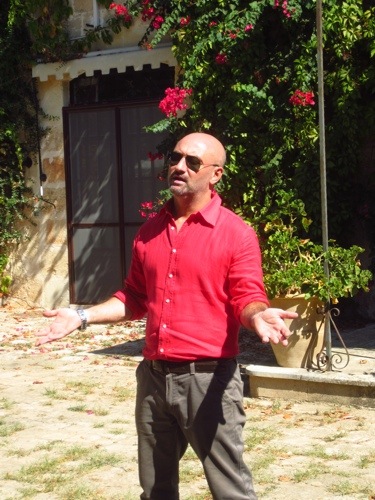 We arrived at Palazzo Bacile di Castiglione around noon, in time for a short tour by Silvestro. The “castle” as he calls it, is just what you would picture. 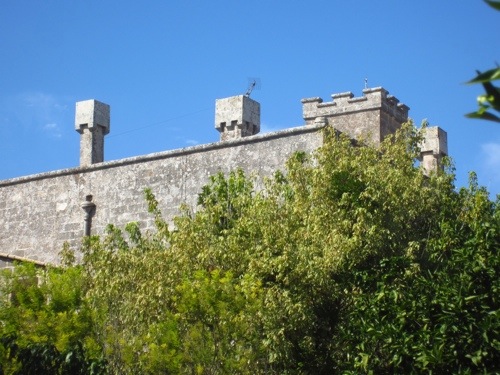 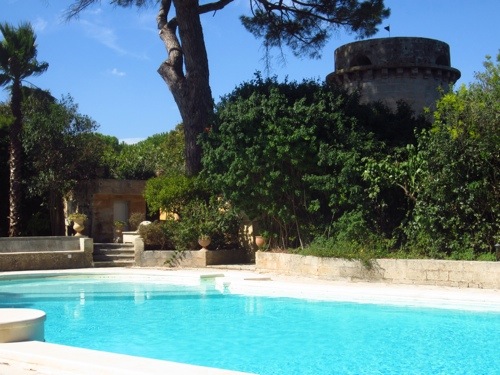 It towers over everything in town. It’s surrounded by gardens full of fig, orange, and pomegranate trees. The rosemary bushes are as tall as I am. There’s even a gorgeous swimming pool complete with a cute kitty strolling around. It’s old, and grand, yet so tastefully simple inside. 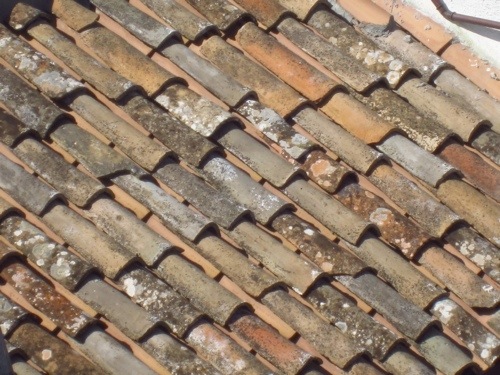 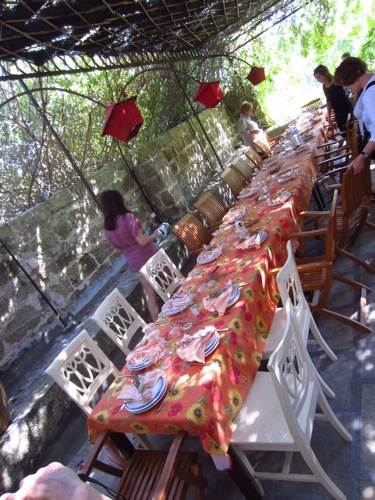 After our short tour, we gathered on what appears to be a rooftop patio, under a vast canopy of vines, for our first sit down meal together. I cannot possibly convey via this blog post the oohs and ahhs as everyone glimpsed the setting for the first time. 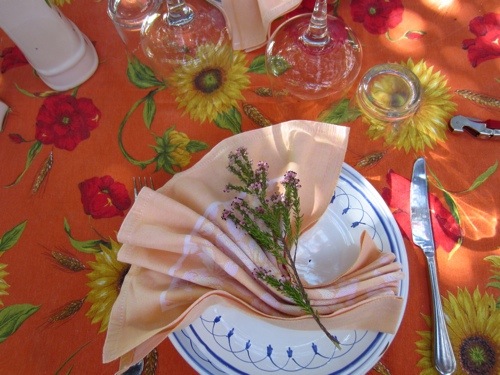 I’ll credit Giorgio right now for the wonderfully artistic touches: the hand written welcome notes in our rooms next to water, flowers, and chocolates; the attention to everyone’s personal needs; the little touches at the table like simple flowers nestled on the pretty linen napkins. 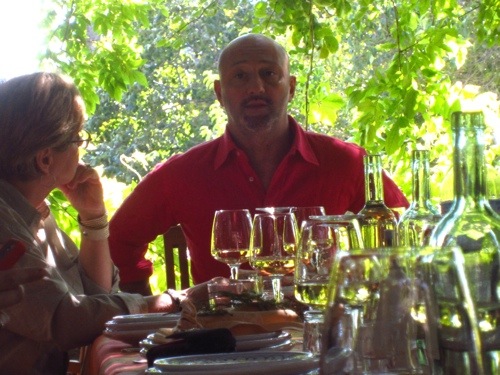 Silvestro’s clearly in charge here. He shares his knowledge, his wit, and his humor – quite frankly he’s the kind of guy who wears his heart on his sleeve, which is perhaps why we get along so well. But compared to my first visit to his cooking school three years ago, he now seems much more comfortable in his role as the head of the school, and the staff moves seamlessly under his direction to provide instruction, support, and care. 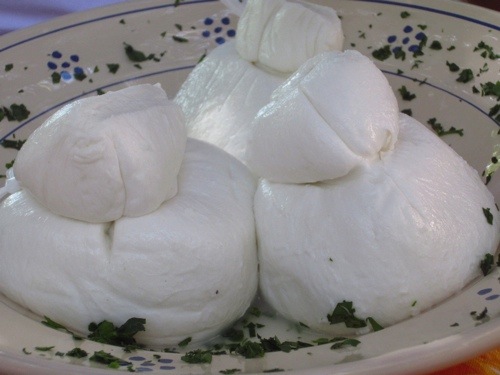 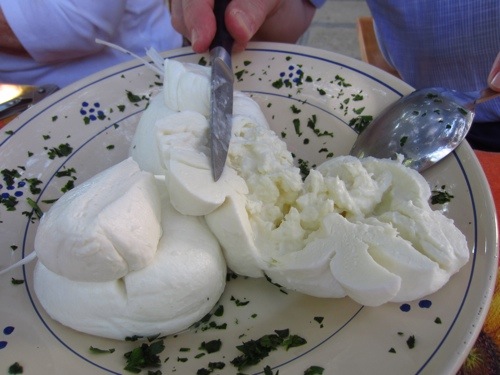 Our lunch began with burrata cheese – in my opinion, simply the best cheese every created in Italy. Fresh mozzarella on the outside, creamy mozzarella curds in heavy cream on the inside. You get the picture: this is NOT diet food, but also not to be passed up, no matter what diet you are on! 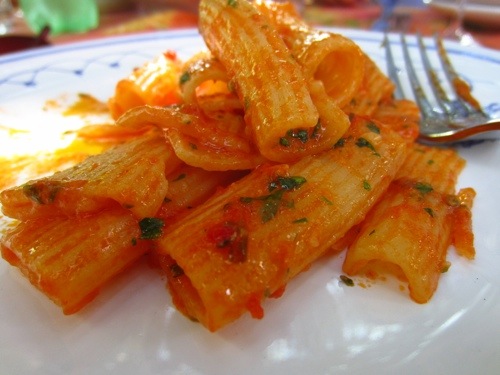 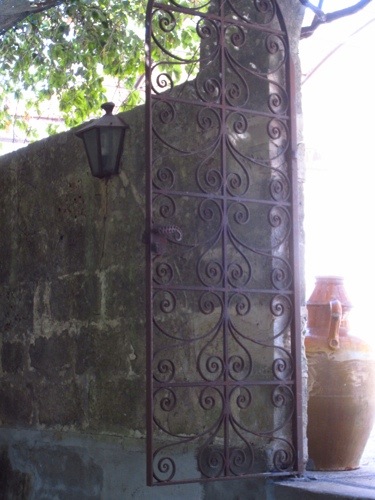 The primo course was a simple pasta with a tomato sauce. That’s the thing about authentic Italian cooking: it doesn’t have to be complicated to be out of this world delicious. I’ll admit, the setting under the vined canopy with the pretty iron door that frames the entrance to the patio certainly helps. 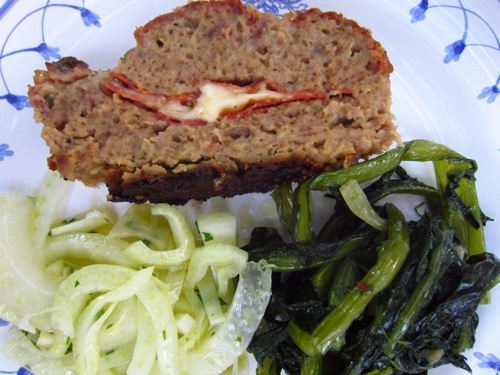 The foods of this region of Italy – Puglia – are not complex. There’s meatloaf, made with almost as much bread crumb as meat, stuffed in the center with cheese and a spicy salame of some sort, chicory, and a fresh salad of fennel dressed in olive oil and lemon. In fact, let’s just make it clear right now the this is olive oil country. Everything – yes just about everything – is dressed with raw (fresh) extra virgin olive oil before being served. And is then served with more oil a tovola to suit your personal taste. 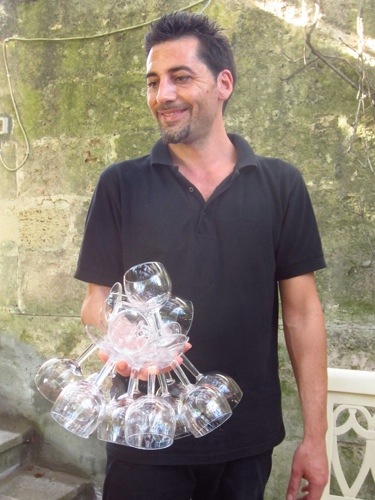 Giuseppe is still here, another year older, a but thinner, more experienced, and as charming as ever. If Silvestro is the executive chef, he’s the sous. Silvestro the captain, Giuseppe the cruise director. They work well together, and it’s clear that over the years they have settled nicely into their symbiotic roles. 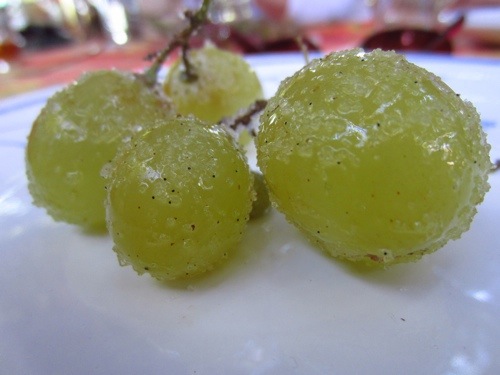 Dessert is not usually a fancy affair here, but it doesn’t matter to me. I’m too full by then to care! But I do love simple grapes tossed in vanilla sugar – Silvestro just whirls sugar and whole vanilla beans together in the food processor, then stores it in large mason jars in the pantry. 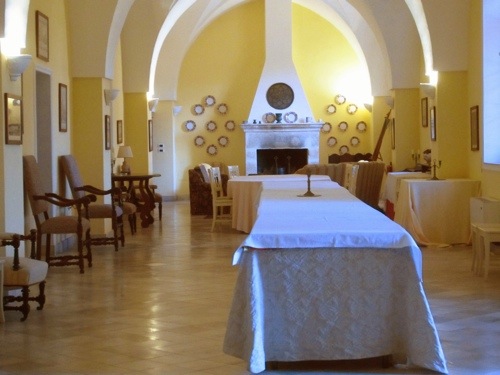 If you come here in cooler weather, you’ll likely eat inside in the large dining hall. We simply meet here for the “lesson of the day” before heading into the kitchen to begin cooking. 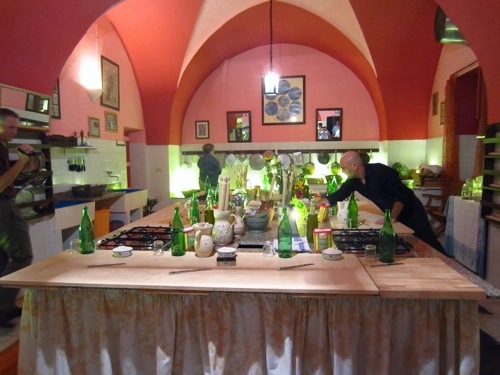 And what a kitchen it is. Nestled under the rest of the castle is a space large enough for 16 people to gather around, make pasta and cook a meal. While I have loved the intimacy of the small groups at the cooking classes in the school in Lecce, there is something grand and invigorating about the energy of a large group in this space. 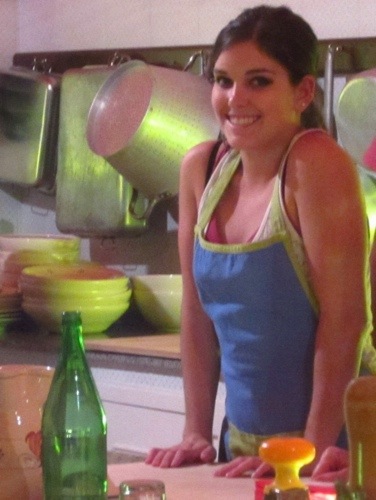 Can I tell you how fun it is to have my daughter along on this trip? She’s in her last semester of college, but such a foodie. She works in a high end restaurant kitchen in Boulder, and she’ll be going to culinary school next year after she graduates. 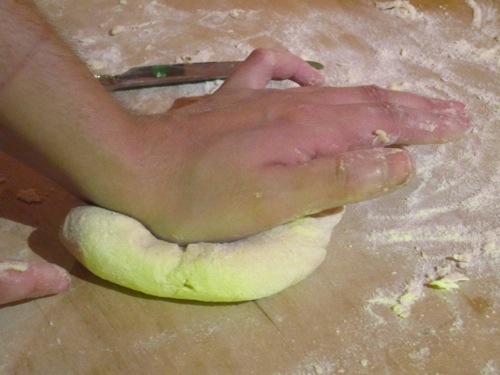 Although she doesn’t make the pasta at her restaurant, she was a pretty quick study here, as you would expect. 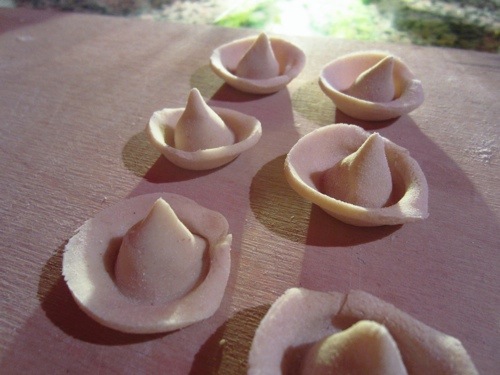 All of the pasta here is made with finely ground hard durum wheat (semolina) and barley flour, mixed simply with water, and our first shape of the week was cappaletti messicana, little Mexican hat shaped pasta. 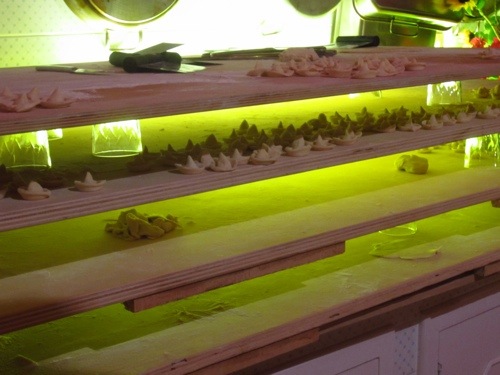 After making all of the pasta, it dries on the large (food safe) wooden boards. 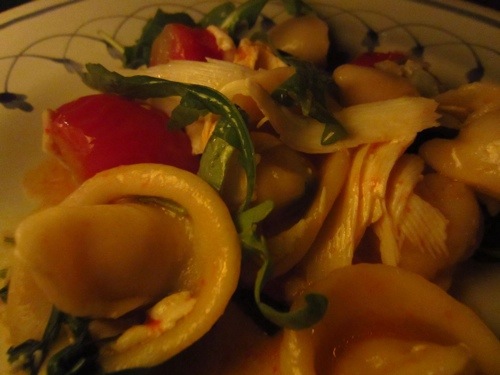 And in this case, was tossed with cherry tomatoes, arugula, and an aged ricotta cheese not unlike ricotta salata. I’d love to show you the rest of the evening, but I can’t. The candles burned their way down to a shadowy ambience that made it difficult to shoot photos, but easy to linger. After pepperonata, chicken, rabbit, and lamb sautÃ©ed with rosemary and olives, Swiss chard, sandy potatoes, and pears with vin cotto and sweetened ricotta, accompanied by stories, jokes, laughter, and yes, even some animal imitations by Giorgio (you had to be there!), I think we all meandered to our rooms about midnight. That’s what’s so great about being at the castle, everyone peels off one by one as they get tired, until eventually we’re all safely tucked into bed, dreaming about our next day of food and wine. Eat, drink, rest…and repeat.