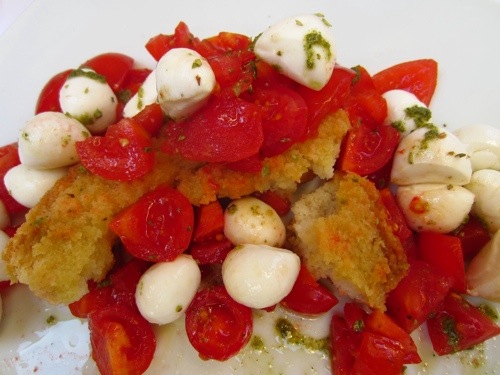 There isn’t any quick way to arrive in Lecce. Either you fly from Rome, which means a trip to Fiumucino, a wait, a flight, and a train, or you simply settle into the “express” train (6 hours compared to the old nearly 8 hours) and enjoy your captivity. We read, we chatted, we slept, and we tried not to get too antsy, but by the time we arrived at 3pm, we were hungry. There’s not much open in the middle of the afternoon in Lecce, the baroque heart of Puglia, but thankfully we found a spot that serves the traditional frisa,

a dried, then rehydrated bread, mine with the classic combo of tomatoes, mozzarella, and basil. 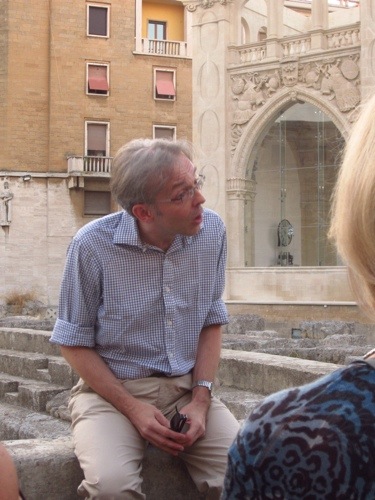 After unwinding a bit, my group met up with the ever knowledgeable Timothy, who gave the group a short one hour tour of the town… 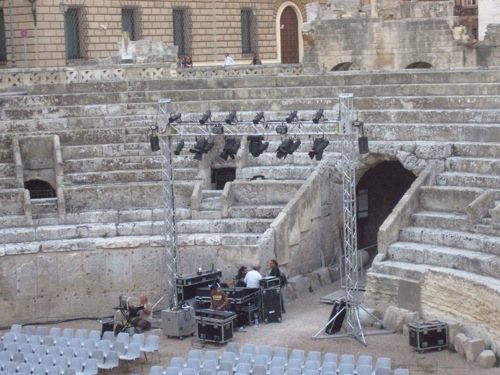 …starting with the Roman ruins in the center of town that were discovered while excavating to build a bank building. 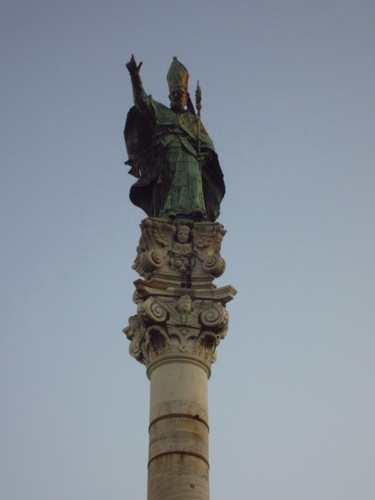 We met under the statue of Sant’ Oronzo, a Roman Catholic bishop who was called the first bishop of Lecce. His statue towers above the main piazza. 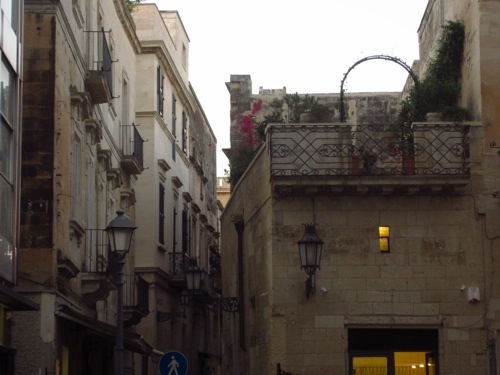 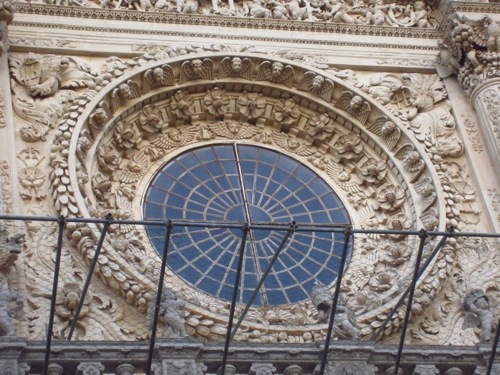 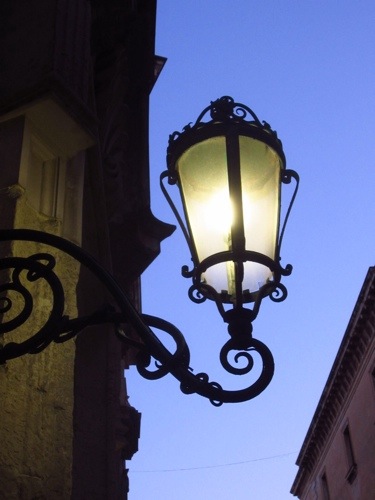 …all softly litby the pretty iron street lamps around the town. 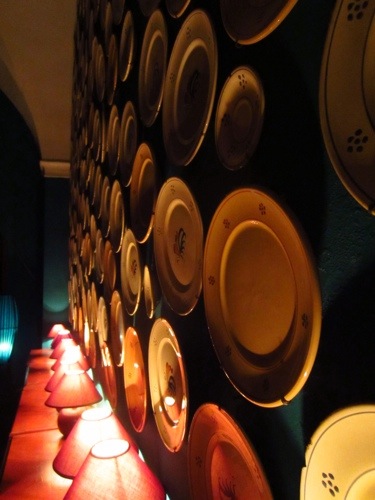 But our real reason for making our way to Lecce is to begin our week of cooking at The Awaiting Table cookery school. The small school is a wonderful display of collections – from the stoneware plates on the wall as you enter, to the numerous photos and banjos decorating the parlor walls, and into the kitchen filled with dried herbs, garlic and chiles hanging from the ceiling. There are also the colanders, the cutting boards, the canisters in the pantry, the tea tins, and more. It’s simply charming, to say the least. While there we enjoyed cheeses, meats, olives, Primitivo, and house made wine, while everyone here for the week had a chance to get acquainted with each other and the staff. 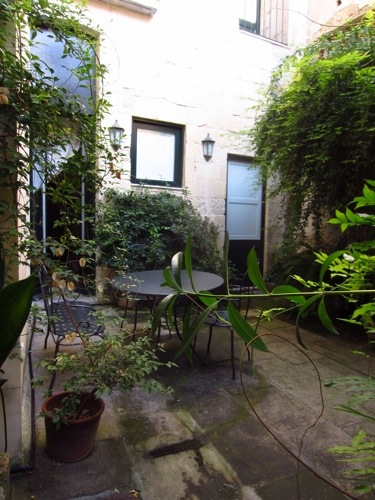 A little sad to be staying only half a day in Lecce, although loving the small courtyard outside the Palazzo Bernardini B&B where we were staying, a couple of us set out early in the morning to see some of the iconic sights of town. 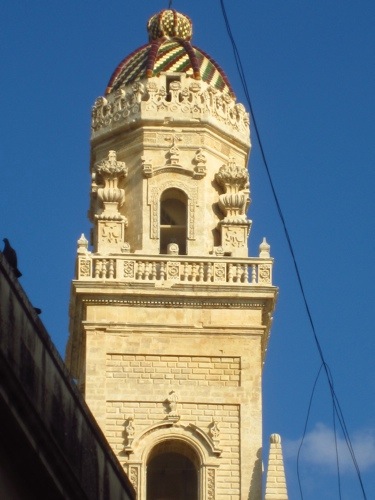 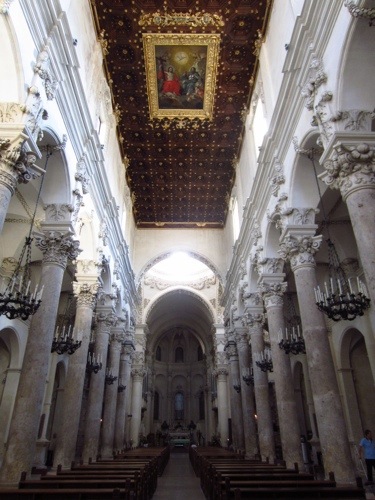 The inside of the Basilica di Santa Croce. 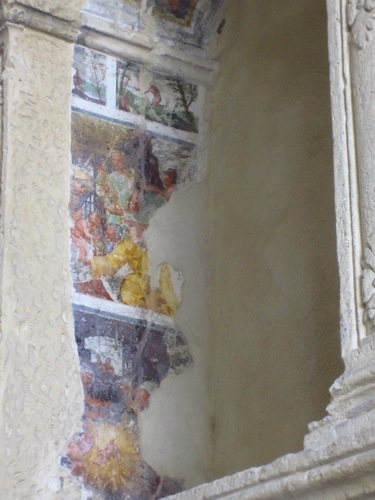 And the frescoes around town. By 11 in the morning we were already on our way out of town, loaded on a couple of buses to whisk us away to Palazzo Bacile di Catiglione in Spongano, about 40 minutes south of Lecce and just 20 km from the Adriatic Sea. Although I knew we were going to “a castle”, I simply could not have imagined how magical the place is. Wow – wait til you see!