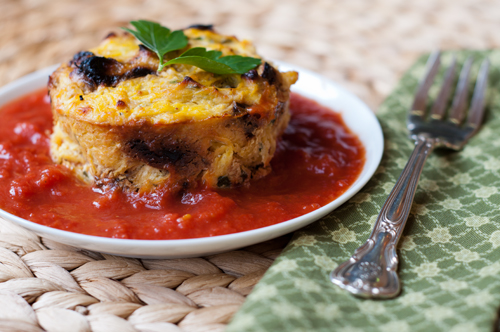 Spaghetti squash, that weird winter squash that stands out from it’s peers by shredding into strands when cooked, has been piling up at my house. I thought I had pawned it off on my daughter to eat, but I found several of them in our pantry after she departed for Hawaii. (She’s surfing and playing for 8 months until culinary school starts and is working as a cook at Morimoto Waikiki – how cool is that?!) So in my constant battle to add interest and flavor components to vegetables (aka disguise them), I created this easy casserole. 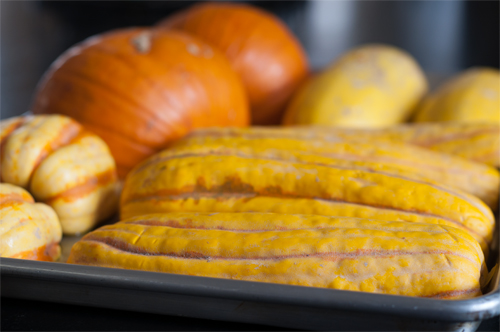 When I have a bunch of winter squash, I usually cook it all at once. I can’t tell that much difference in taste between butternut, pumpkin, or the other varieties of winter squash. So I bake them all, let them cool, then scoop the cooked flesh into a freezer bag to use later in soups or sauces. 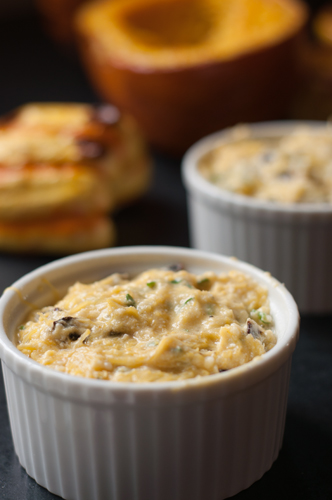 But the spaghetti squash, with it’s stringy little strands, doesn’t work like this, so I turned it into a casserole instead. Simply combine cooked squash strands with ricotta, egg, sundried tomatoes, Parmigiano Reggiano cheese, and seasonings and bake. 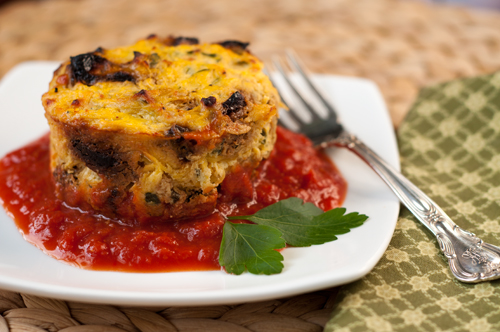 I served it with a simple marinara sauce which was a nice complement to casserole. But you don’t need to – the casserole is moist and flavorful on it’s own actually. And although I made mine in two ramekins because I was only making a quantity for 2, you can double this recipe and bake it in an 8 x 8 baking dish. Serve as a side dish or a vegetarian entree.