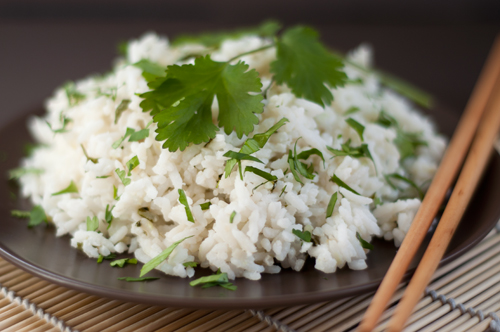 Ever since I learned to really cook – not just read a recipe, but learned how to marry flavors, experiment with combinations of ingredients – I’ve been on a mission to eradicate plain food from my table. Sure plain jasmine rice isn’t really bad – it does have that nice jasmine floral aroma and flavor. But the simple addition of coconut and cilantro really make this dish. 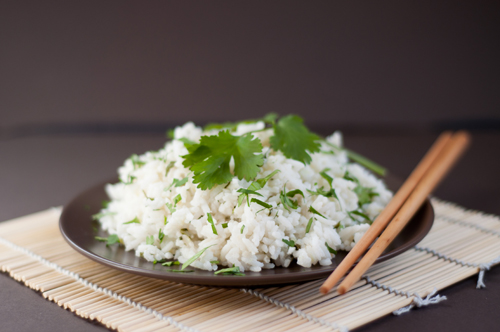 Know what else I love about this recipe? It’s simple. I mean as simple as simmering rice. You just replace some of the water with lite coconut milk, then stir in chopped cilantro at the end. You can add a little butter if you want, and enough salt to your taste, and you’re good to go. All of a sudden you have an interesting side dish for an Asian inspired menu. From bland to bold just like that.

Print
Prep time
5 mins
Cook time
20 mins
Total time
25 mins
Recipe type: Side Dish
Serves: 4
Ingredients
Instructions
Notes
I didn't add any flaked coconut to this dish but that would also be a nice addition. Toast it first in a dry skillet to bring out the flavor and add a bit of color variation to the rice.
Wordpress Recipe Plugin by EasyRecipe
2.2.1