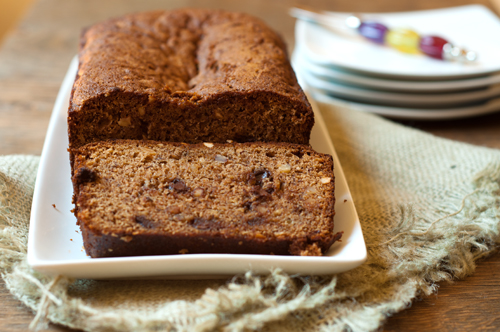 When I was a kid, I had an absolute fixation with bananas. So much so that I actually would hide them in the cabinets so that nobody else would eat them. We didn’t ever go hungry, let me assure you, and honestly I think my mom would have bought more when we ran out, but I wasn’t taking any chances. Inevitably, someone would find them – long forgotten by me – having turned black tucked behind the mixer. No wonder my mom made so much banana bread! That’s one of the cool things about cooking – how it can bring a complete wave of nostalgia over you. I also happened to see a junior high school friend’s Facebook post of his childhood home this week, which reminded me of when they first started serving chocolate covered frozen bananas at the ice cream shop near our school. And I thought, yes, chocolate and bananas – now you’re talkin’! 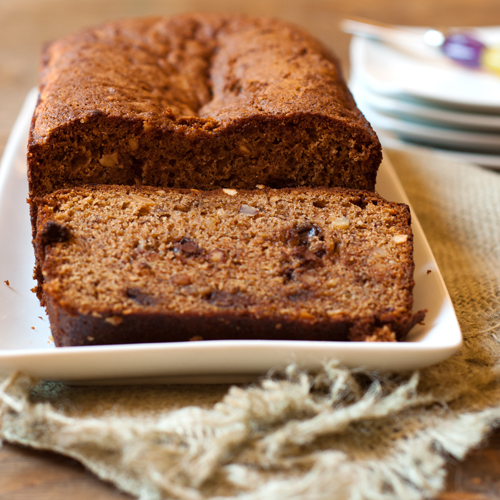 My mom’s recipe uses shortening – I guess I don’t remember baking with anything else when I was a kid, so I stayed true to that part of the recipe. But I added a touch of cinnamon, some chocolate chips, and replaced the walnuts in my mom’s recipe with chopped hazelnuts, giving this a bit of an Italian feel to me. Mom’s recipe calls for soured milk – not sure why and I didn’t even have milk on hand, so I used what I had which was half and half. I used half whole wheat and all-purpose flour, even though mom’s recipe calls for cake flour. You can experiment around if you want to switch up the flours. 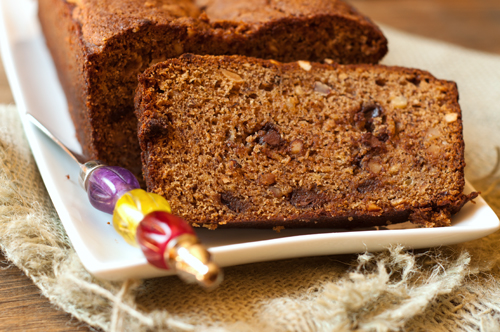 As I was mashing those bananas for folding in, I could picture my 10 year old self mashing up an old over ripe banana in a bowl and eating it with a spoon. I’m sure my sister is laughing as she reads this post!

Print
Prep time
15 mins
Cook time
60 mins
Total time
1 hour 15 mins
Recipe type: Breads
Serves: 12
Ingredients
Instructions
Notes
To make removal from the pan easier, spray pan with cooking spray, then line the bottom with a piece of parchment paper. Spray the paper itself, then pour the batter into the pan. Discard paper when removing the bread from the pan.
Wordpress Recipe Plugin by EasyRecipe
2.2.8