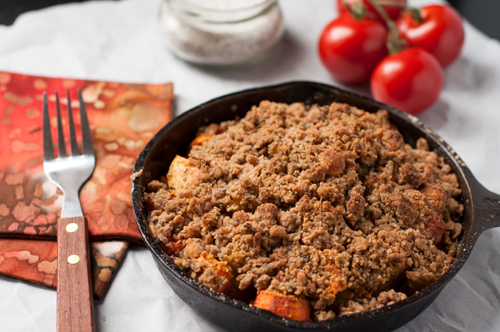 I’ve had quite a few friends ask me what Pinterest is lately. (These are “older” friends, not the kids who have grown up with all sorts of social media.) When I try to explain it to them, I usually start by saying it’s the one social media forum that I feel actually contributes to productivity – just like old school bulletin boards in an office that allowed you to organize things, Pinterest allows you to do this digitally. I thank the folks at Pinterest for that, or I would surely have lost of the fact that I wanted to make this recipe. 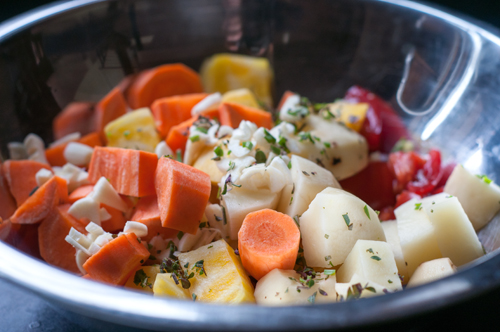 I originally got the idea for a savory version of a crumble from Matt Bites. But that post was two and a half years ago and surely I would have forgotten it had I not posted it onto my Pinterest board of recipes I want to make. 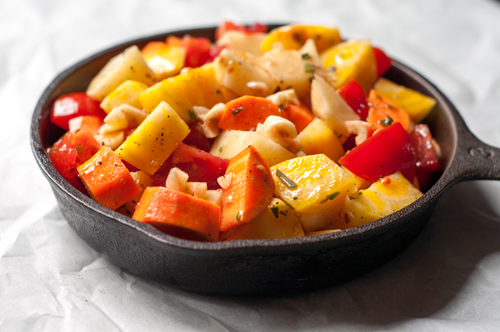 I’m not sure I even know what vegetables Matt put into his crumble, and I didn’t really follow his recipe, but rather just loved the idea of a savory vegetable crumble. For mine, I used up what was left in the fridge from my CSA winter harvest share – some carrots, potatoes, and yellow beets. I threw in a bunch of garlic for aromatic flavor and some tomatoes to add acidity to the root vegetables. When you read this, use whatever vegetables are seasonal at the time and you can’t go wrong. 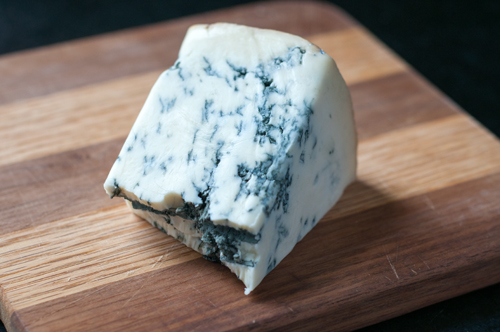 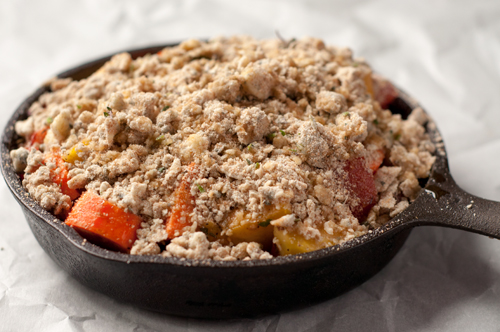 You just pour the crumb topping over the vegetables and bake until tender (in the case of root vegetables that’s about an hour). 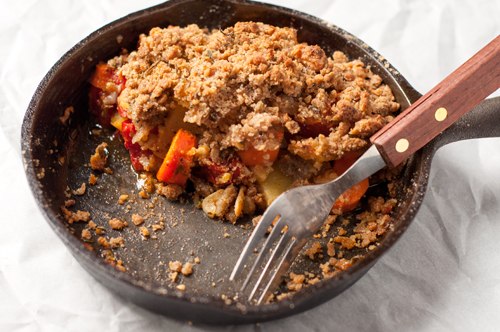 I intended to have a portion of this for a mid-afternoon snack after having a very light lunch – I ended up eating the entire thing!