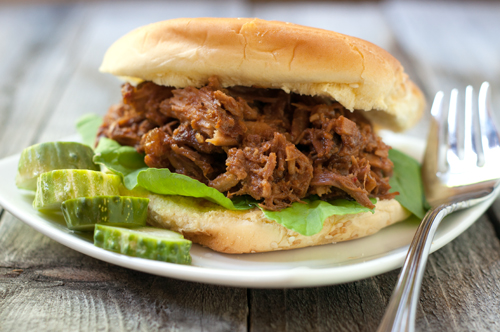 When I know that I’m going to be getting a half hog or lamb or some grass fed beef soon from a farmer or rancher in Colorado, I get a bit hyper-focused on using up the meat from the last shipment. One of the things I found last week in the freezer were some pork country style ribs. I don’t make ribs a lot because it’s just my husband and I here most of the time, but I had been fixated on coming up with a Korean style BBQ recipe, and decided these ribs would work perfectly for that. 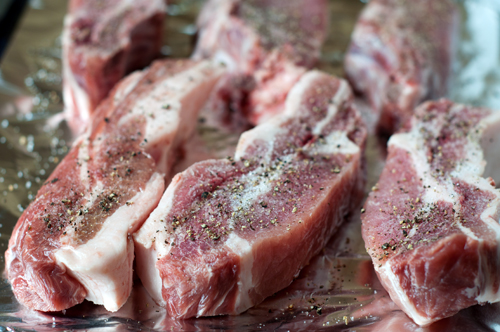 Country style ribs have larger portions of meat on them, but they are still loaded with fat. By slow roasting these ribs in the BBQ sauce the fat melts away. I then cut the tender meat from the fat and bones and shredded it. You can also drain out the fat from the roasting pan and then use a bit of water to pick up all of the BBQ sauce drippings and stir that into the shredded meat. We actually had this pork served over rice for dinner, but it’s perfect for a pulled pork BBQ kind of sandwich as well.