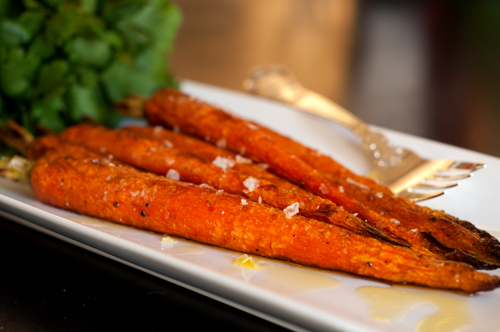 I recently suffered a crisis in blogging: I woke up one day and despite having blogged since 2007 a grand total of 1370 blog posts (not including posts I’ve done for other sites like Edible Front Range, Colorado Homes & Lifestyles, and more), I wasn’t sure I had the motivation to keep blogging. February 28th marked the 7 year anniversary since I started blogging, and when you’ve been a blogger for 7 full years, it becomes part of your identity. So to think to give it up was a crisis of identity for me. 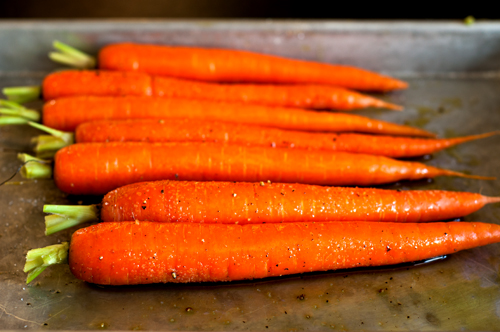 I can attribute my apathy to many things: exhaustion after having just completed recipe testing for my new cookbook, issues with finding the time to make new dishes and blog about them, and the general restlessness and boredom that I seem to suffer from on a regular basis. I like change – I thrive on it – and I was having trouble figuring out how I could possible come up with yet another recipe to make, photograph, and write about. 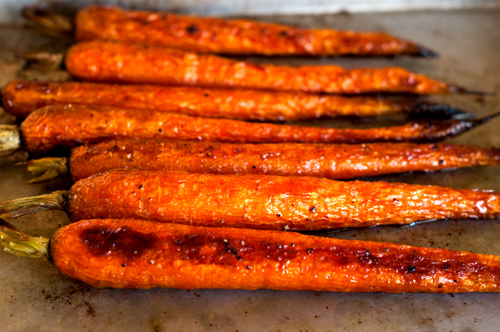 But while I was away sailing in February, I had the time to read a full year’s worth of Food & Wine and Bon Appetite magazines that had stacked up on my desk. And guess what happened? I was inspired. I mean, there I was on a sailboat in the Caribbean and I kept finding myself running to grab my iPad to make a note of a certain recipe I wanted to cook when I got back. I didn’t save any single recipe or issue, but rather just made note of an idea, like soba noodles in a broth with mushrooms and a poached egg on top. Or fish with mustard crumb crust. Or Grand Marnier poached dried apricots. 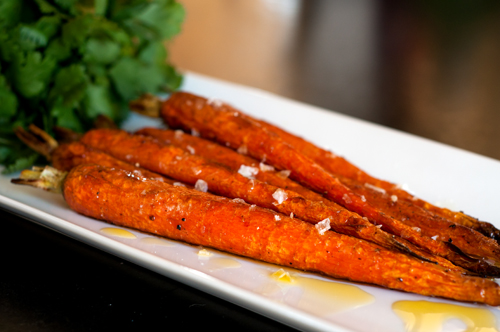 So here I find myself, having just crossed my 7 year anniversary of blogging, in the new month of March (yay for change – I can feel spring coming!), and instead of ditching my blog I’m rushing back into the kitchen to make something and write about it. Starting with this most simple roasted carrot recipe. I learned to roast carrots this way from my friend Silvestro who runs the cooking school in Italy that I take guests to each year. And once you have them this way, you’ll be hooked. I used pumpkin seed oil to roast the carrots because I had it on hand, but you can use olive oil. Eat them hot or serve at room temperature for a party. And be sure to use only the best extra virgin olive oil to dress them with at the end and high quality sea salt (I like the flaky French sea salt for finishing).